Challenges for a new generation 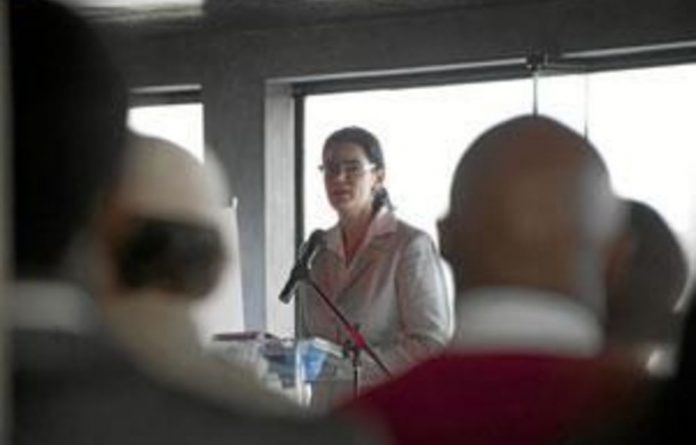 Raenette Taljaard is a senior lecturer in Public policy at the University of Cape Town. This is an abridged version of the speech she gave at the launch of the M&G 200 Young South Africans.

I have often felt like I was caught in an inter-generational time-capsule time-travelling between different generations’ experiences in our nation’s politics. In 1999 I was our country’s youngest Parliamentarian and today I can safely say I am among the proverbial ‘elders’ in the room — a rare and new experience I also relish.

I’d like to share some ‘zen’ with you about the importance of authenticity and then I’d like to throw down the gauntlet to you in four areas where I think you could deploy your considerable talents and energies to the betterment of our country. Starting with the ‘zen’. What do Socrates, Jean-Paul Sartre and jazz have in common?

A golden strand of thoughts about the importance of authenticity. Socrates memorably told us that the unexamined life was not worth living. Sartre, an existential philosopher, extensively wrote and thought about authenticity and said that jazz was a clear representation of freedom and authenticity. But let’s look at authenticity a little more closely.

Psychology defines authenticity as an attempt to live one’s life according to the needs of one’s inner being, rather than the demands of society’s or one’s early conditioning. Philosophers such as Kierkegaard, Heidegger and Sartre remind us that the conscious self is seen as coming to terms with being in a material world and encountering external forces and influences which are very different from itself and that authenticity is one way in which the self acts and changes in response to these pressures.

In 2005 I resigned from my former political party, stepped away from party politics and from Parliament itself. For me this was an important moment of personal authenticity after a clear dissonance between my inner being and the harsh and in my view dysfunctional and war-like hostile tone of our public discourse during this time.

This was a profound personal decision and one which I have not regretted as some of the dysfunction certainly in the tone of discourse, in my view, continues unabated as evidenced by the toilet wars in our recent local poll. But the political path that I trod so early in my life opened up enormous access and gave me a wealth of experience — a rare privilege.

In 2003 I had the good fortune to meet Professor Bill George of Harvard University who was guest lecturing at the Yale School of Management who introduced me to the concept of ‘True North’ leadership. The concept very simply tries to remind us all that we have a strong and secure inner compass that must guide our actions and thoughts.

This inner compass is crucial to the question of living an authentic life and implies a profound sense of self-awareness and self knowledge both of which are crucial areas of endeavor before setting your sails whether in your private life or in a life of leadership.

When we look at leaders across the public and private sector and we see the scandals engulfing DSK in New York and Congressman Weiner or the shockingly out-of-touch responses of ‘leaders’ such as Egypt’s Hosni Mubarak or Libya’s Muammar Gaddafi, now accused of organizing mass rape by the ICC, it is clear that leaders who fail to find their true north fail spectacularly and quite publicly.

But where can you lead with authenticity and show your kit-bag of seven key leadership attributes in contemporary South Africa? I’d like to humbly throw down the gauntlet with respect to four country challenges where you will all have a special role to play.

Firstly, structural youth unemployment. As I was on that first M&G list you are all part of an elite. In our country, an elite that has a special duty to think carefully about the contribution you can make to this profound challenge. Whether you personally make a contribution as a jobs-providing entrepreneur or as a policy-wonkish type that pushes the boundaries of government thinking on this challenge we all have to get stuck into this profound challenge to our social stability.

Secondly, as a new generation we all have to grapple with and internalize our country’s role in the world amidst geopolitical shifts of long-term significance. Whether it is in terms of BRICS or our role in the UN SC or the G-20 we all have to realize that the era of a more internationalist engagement in our policy will leave none of us untouched.

Thirdly, as our country creates a country vision we all have to get involved and get ready to pro-actively engage in it’s formulation. As the new NPC unpacks it’s ideas we all have to get involved. For Generation Y’s this is an even more specific duty as you will inherit the fruits of the vision that is being crafted in your later years. This is an exciting and new part of how our country thinks about itself, it’s challenges and it’s place in the world and we have to all get involved.

Last but not least, and despite my own personal authenticity decisions which were mine only, I want to not only encourage you but actively incite you to become involved in public life wherever and however you find this palatable.

I’d like to leave you with a thought from Victorian poet Elizabeth Barret Browning: ‘He (She) who breathes deepest lives most.’ As it was the Victorian era the ‘she’ substitution is obviously mine. Breathe deeply. Take every breath with authenticity. Breathe deeply as you take the inter-generational task of building a hopeful new society on board.

We cannot allow our beloved country to fail to meet any of our expectations. Mould your own life, your country’s life and our collective place in the world authentically and inspiringly. Breathe every breath deeply to live your lives to the fullest in the country we all passionately love.