Cricket SA chiefs back in the ring over new bonus claims 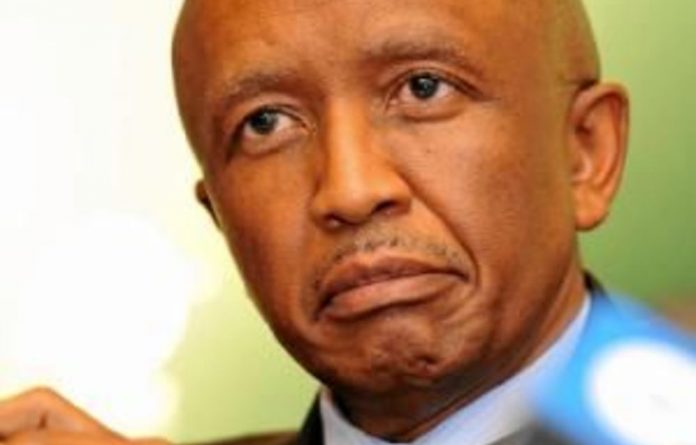 Bonuses totalling R1.9-million were paid to chief executive Gerald Majola, brand and communications manager Kass Naidoo and Appiah, apparently without the approval of the board.

Appiah was quoted in a CSA statement saying that “the bonuses — were approved by the chairperson of Remco”. But Mgoduso refused to confirm this, raising suspicions that the payments did not go through the board.

“Nassei will be asked to verify the facts. He said the meeting had been recorded and we will have to listen to the tapes,” a CSA insider told the Mail & Guardian. “The board will also ask Thandeka to clarify what happened as well. If she says due process was followed, we will be happy.”

The latest bonus allegations come as the CSA is undergoing a forensic audit to investigate whether there was any impropriety in the allocation of previous bonuses of R4.7-million paid to 40 staff members after the hosting of the 2009 Indian Premier League (IPL) and Champions Trophy.

The inquiry is taking place at the behest of CSA president Mtutuzeli Nyoka, who won his court battle to be reinstated.

Nyoka has been involved in a months-long spat with Majola. There was a report this week that Nyoka made an offer of R2-million to Gauteng Cricket Board (GCB) president Ray Mali to step down, seven months into his two-year tenure.

The board has been central to the feud between Majola and Nyoka. It was the only entity to cry foul after the IPL, accusing the CSA of violating hosting rights and Majola of benefitting financially from the tournament.

Following the board’s finger pointing, the Wanderers was stripped of international status and the board broken up. The CSA installed an administrator, Ray Mali, as president and a new board, consisting of Mali, chief executive Cassim Docrat and nine elected members, was put in place.

Lurking in the shadows of the GCB’s fight with the CSA was a race conflict. So-called black clubs decided, not for the first time, that they had had enough and threatened to walk out because of alleged continued discrimination and a frustratingly slow rate of transformation. Their issues stemmed from the body’s constitution, which was set up to favour premier league clubs, most of whom were white, and so created an environment that allowed for minimal inclusion.

The Concerned Cricket Fraternity (CCF), a group representing the majority of black clubs in the province, sought ministerial intervention and eventually a commission headed by former judge president Pius Langa.

His report found that the need for transformation was “critical and inescapable” and that the overhaul should begin with the drafting of a new constitution, which Mali and the interim board would work on.

They have been in power for seven months and the improvements are already noticeable. An amount of R1.5-million has been unlocked for upgrading facilities in some of the most disadvantaged areas in Gauteng. Cricket is being played again at clubs in Riverlea and Eldorado Park, new fields and pitches are being laid, clubhouses built and former players Enoch Nkwe and Dumisa Makalima have returned as coaches to assist development.

Why then would Nyoka offer Mali R2-million to end his term prematurely?

“Gauteng cricket has not been treated in the same way as its sister unions,” Nyoka told the Mail & Guardian, referring to the fact that Mali was not an elected president. “I was at the forefront of imposing that on them and now I want to try and right that wrong.”

Nyoka has a long-standing relationship with the GCB, having served as its president twice.

He was at the helm of instituting the Langa commission last year and said it “weighs on his conscience” that he punished the GCB for its suspicion about the IPL money, which proved to be well founded.

Nyoka said he wanted to give the board back to the people who had run it before. But what, then, was the risk of returning it to its former state, in which transformation was largely ignored?

“Gauteng is not the only province where there is a lack of transformation,” Nyoka said. “There are other ways to work through that.”

Gordon Templeton, spokesperson for the CCF, said the group was “wary” of Nyoka’s intentions. “Why destabilise a system that is finally working?” Templeton asked. “Not a single person has said anything that would remotely indicate unhappiness with Mr Mali.”

Members of the GCB board agreed, saying they do not want the process of redrafting the constitution to be interrupted and their union to be tripped up just as it is starting to find its feet again.