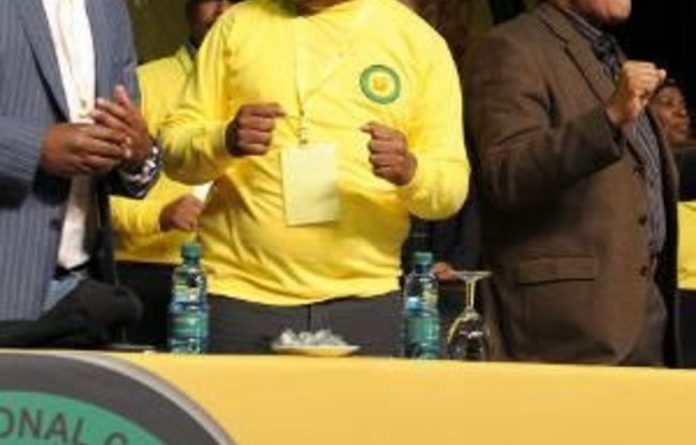 ANC president Jacob Zuma warned delegates at the party’s youth league national congress on its opening day not to change the ANC.

He also used the opportunity to lecture young people about the misconceptions they had about governments position on Libya, its new growth path and the work of the national planning commission (NPC).

“It is a sign of a lack of coherence of foreign policies at government level,” said Malema about South Africas vote for military intervention in Libya.

Zuma emphasised that the party had always survived on discipline and unity.

On reservations raised by Malema about the new growth path, Zuma said: “The leadership would interact with you about the plan because it seems you have some problems”.

He also urged youth leaders to engage the NPC after Malema had made sarcastic remarks about Trevor Manuel.

“The lack of leadership by the celebrated minister [Manuel] of the planning commission has not borne any fruit. It’s dangerous to celebrate an individual [who is being used by capitalists],” Malema said during his address.

But, Zuma said youth leaders were expected to defend the unity of the ANC. “We must never allow personal feelings to make us attack one another as no one is above the ANC.”

Unifying the delegates
Despite expectations that the congress was likely to be marred by disruptions, Malema and his opponent for the youth league presidency, Lebogang Maile, led the charge to unify the delegates.

There was limited disruption when a small group of delegates interrupted Maile at the beginning of his speech by responding with Malemas name at the end of Maile’s sentences.

The group continued chanting Malema’s name when he took to the podium, but the youth league leader was quick to discourage the behaviour.

He told delegates to respond in an ANC manner and not in a factional way. “We are not here for elections only, but to discuss the challenges of young people.

When Maile, as Gauteng chair, opened the congress, he said: “Tribalism must not deter us from uniting. Those who are elected will lead all of us regardless of the views we held before the congress. Me and president

Malema agreed that no one should disrupt the conference. What happened in Mangaung must not happen here. We must deal with the struggle against our own weaknesses.”

Zuma congratulated the two leaders for working together to discourage their supporters from disrupting the congress, saying this was in complete contrast to the Mangaung congress, which he had attended and had been met at the gates by delegates carrying coffins.

“I am pleased that both of you said there would be no disruption in our names. Contestation is a democratic process, it is allowed. It is not a declaration of war.”

A milder Malema
Just before he delivered his political report, Malema defended Zuma against reports that he would receive a hostile reception at the youth league’s congress. The youth president’s statements were milder than several statements that he’s made previously about Zuma.

He also reminded the delegates of the league’s position on a generational mix in the ANCs top leadership.

Malema called on the youth league to occupy the space left by the ANC’s allies on the left — Cosatu and the South African Communist Party. He criticised leaders of the left for failing to lead the struggle for the working class. The ANC Youth League should mobilise workers in mines and be a voice for petrol attendants and waiters, he said.

“We should be the voice of farmworkers. There is no organisation within the congress movement that speaks for people in informal settlements because Sanco [the South African National Civic Organisation] is nonexistent. The so-called vanguards exist only in offices,” Malema said.

Malema reiterated the league’s call for the nationalisation of key economic sectors, including the mines and banks.

He said the ANC-led government negotiated poorly during the Convention for a Democratic South Africa talks in the early 1990s, limiting Africans on economic progress.

“The oppressor conceded political power and retained economic power through the constitutional commitments of the right to private property. The oppressors were, however, fully aware that the economic power they have retained can be taken away through political power, which is the power to decide which laws and regulations can be passed to redress injustices of the past and build a solid foundation for sustainable economic development, democratisation and transformation of the state, economy and society as a whole.”

Malema urged the ANC to increase its election majority to 75% by 2014 so that the ruling party would be able to amend the Constitution.

“The reason the liberal and right wing forces celebrate when the ANC moves away from their two-thirds majority support in elections is because they are aware that, with the two-thirds majority, we will be able to change the Constitution, particularly the sunset clauses [clauses that expire after a set period], which committed us to leave South Africas wealth and land in white people’s hands, while the majority of black, and particularly Africans, live in starvation and poverty.”

The youth league pressed on with its proposal that government should do away with the willing-seller willing-buyer approach.

“For us to expropriate without compensation weve got to change the Constitution,” Malema said. “These efforts have failed dismally because those whove got wealth are refusing to transfer. The only solution for us is to take or grab land without compensation. We must use the political power that we have been given. Because weve got more numbers we should have a greater portion of the land.”