Getting everyone on board 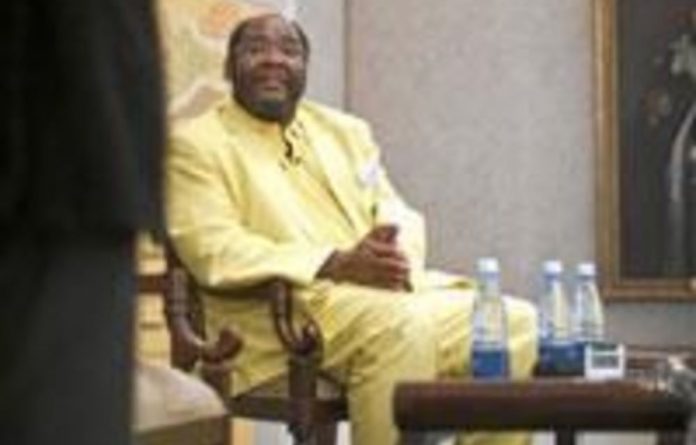 According to Pali Lehohla, appointed in 2000 and South Africa’s first Statistician-General, the censuses can be seen as a ‘snapshot’ that allows for a fairly comprehensive picture to be built up along a longitudinal time frame.

Lehohla heads up Statistics South Africa (Stats SA), the organisation that conducts the national census that is mandated to provide the state with information about the economic, demographic, social and environmental situation in the country. “Census 2011 is about moving to the next level,” says Lehohla, referring to the type of information and development that can be seen through this type of study. “With Census 2011, you will ‘know’ change.”

Because of the need for consistency in creating a credible long-term picture, questions on the census remain essentially the same, although a few new questions may be added. Categories and definitions, such as defining what constitutes a job, adhere to international standards.

Managing the undercount
One critical area of concern is the undercount, referring to the people who are missed. This under coverage of the population results in inaccurate figures. “It’s our biggest challenge,” says Lehohla. “In 2001, there was a 17% undercount and that is one in five people. That constitutes a bad census.”

While there are logistical and project management issues that can be changed to improve the undercount and Stats SA says they have worked on these improvements, Lehohla points out that now the onus is on the population as a whole. He says that access to certain groups has become almost impossible. The pilot study conducted for the 2011 census indicates that the undercount number is going to increase unless there is a change in behaviour. With an estimated budget of R1.7bn for this financial year (and the census runs over a five-year period), a high percentage undercount will render inconclusive results — a waste of resources and funding.

A national census is essential
The national census is not only critical for decision-making within all levels of government but is used as a baseline for other essential statistical information like electricity supply and demand. It is also used by international organisations to define country standing, for development analysis (which include the millennium development goals) and for funding requirements.

Business uses the information for planning and strategy. It is a United Nations global directive to have a census every five years. It has been 10 years since the last South African national census. After application to government, the 2006 census was postponed to 2011 to provide time to work on improvement strategies particularly around reducing the undercount.

Hard-to-count groups
Specific categories of hard-to-count people have been defined as problem areas with regards to access, and these include high-walled and gated communities, farming communities, rural areas and immigrants. Strategic plans for the 2011 census centre on the engagement of influencers within the various groups — people with community standing — as a lever of persuasion to gain access to areas of the population that are hard to count.

Lehohla has had experience with similar challenges across the continent. He hosted the 2006 Africa Symposium on Statistical Development which evaluated steps taken by African countries to prepare for the 2010 round of Population and Housing Censuses. He also chairs the Friends of the Economic Commission for Africa, the Census Millennium Development Project of the SADC Censuses and the United Nations’ Statcom Africa. To manage the undercount, Lehohla says that Nigeria, Turkey and Iraq declared a curfew for its citizens in an attempt to ‘lock’ people down so they can be counted. “This is not viable for our democracy. Even if we were to declare a public holiday, speculation is that people — especially the hard-to-count categories — would not remain at home but go on holiday,” he says.

“South Africans have a responsibility to facilitate access and to have visible house or dwelling numbers. This is critical for emergency services alone. Restricted access makes it impossible to think of ourselves as citizens and neighbours.” While technologies such as email, Facebook and Twitter were discussed, during the breakfast meeting Lehohla explained the importance of the interaction an enumerator has with the household at a specific dwelling: “It creates a fixed point in terms of special dimensions. With over six million dwellings without addresses, using the internet would make aggregating very difficult.”

Safety of census information
There are further census count issues such as people not knowing about the census, concerns regarding the safety of the information, and general suspicion of strangers. Video material from the previous census in 2001, presented at the breakfast meeting, showed people using census takers as a complaints bureau, viewing them as representatives of the government.

“The fundamental principles of official statistics includes professional independence specifically to retain trust. While government allocates budget and signs off on the work programme, methods are decided by the professionals,” says Lehohla. “The information is kept confidential through the Statistics Act of 1999 and this includes not disclosing individual information to government. Part of the Act allows for prosecution if information is divulged plus the information from the census cannot be used in a court of law.”

So why are people asked names during census data collection if these are discarded later? Lehohla says that it facilitates discussion so that the enumerator knows who is being referred to, for example which child in a family. The information is also needed for quality checks during and post counting.”

Selecting enumerators, the census takers
There will be 156 000 trained personnel with 120 000 working as enumerators and knocking on doors. The rest are working in supervisory and coordinator capacities. Each enumerator has between 110 and 120 dwellings to complete in21 days, with the dwelling number representing around 300-500 people depending on the settlement type. Stats SA is using unemployed people, with the right qualifications, and all enumerators are put through a security check.

“We have attempted to use enumerators that are representative of the community they are counting following the principle of ‘like attracts like’. However, the stipend paid is not enough for many of the people in the hard-to-count low access communities like your high-walled or gated communities,” says Lehohla. Choosing enumerators is not a simple task. One of the options was to use teachers as they are evenly distributed, relatively educated and respected within their communities. However, when teachers were employed during the census dress rehearsal last year, a teachers’ strike was also scheduled.

Lehohla says that this is a risk that Stats SA is not prepared to take going forward. With the census running in October, another problem would have been the conflict between time taken for the count and exams. Stats SA will also embark on a ‘know your enumerator’ campaign. There will be posters with the enumerator’s image and contact details. Enumerators will also wear specific Census 2011 branded clothing. Lehohla thinks this will work with regards to suspicion around identification and concern for fraudsters. Back-up measures include a toll-free number to check the enumerator’s identification.

Public education
Education of the public is critical, says Lehohla. This encompasses knowing about Census 2011 and what it entails both from a project perspective and what each individual is required to do. It’s also important that South Africa’s population has a greater understanding of the importance of the census and its impact.

“While Census 2011 was launched a year ago, we had to leave education and the media campaign until now. This was done deliberately as the elections came in the middle of the process,” says Lehohla. It wasn’t feasible to use the yellow Census 2011 branded clothing because there are political parties associated with the colour creating potential confusion. The plan is to intensify education and awareness in the 100 days leading up to the count.

Census is a national duty
Lehohla says that it’s a national duty to make the census work and the population is legally obliged to complete the census. Beyond this, the census is also about self interest for every level of the South African population. Information gathered from Census 2011 impacts directly on government policy and direction, education and service provision. This in turn affects every person living in South Africa. The actual count, where enumerators will be walking the streets collecting census information, will happen from 10 – 31 October 2011.