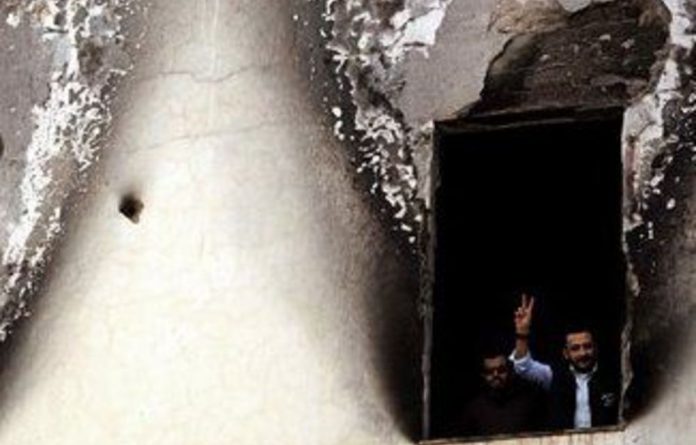 Locals call them pimps or snitches. They wear plain clothes, drive unmarked cars and are as numerous as scorpions in the Libyan desert, only more dangerous. Loathed and feared in equal measure, they are the eyes and ears of Colonel Muammar Gaddafi, and a large part of the reason that Tripoli has not been able to join the revolt sweeping the country.

The informers’ work has caused hundreds of men and women, perhaps many more, to be swept up into interrogation centres for the merest hint of dissent since Libya’s uprising began four months ago. A stroll through the capital’s old city on Friday morning, which started with a cup of tea and ended in the back of a battered pick-up surrounded by screaming men with cocked AK-47s, offered an insight into their methods.

Together with Martin Fletcher, a Times reporter, I had planned to spend Friday morning in Tripoli’s picturesque medina, killing time until lunchtime prayers. Then we would take a taxi to a suburb called Tajura where, according to rumours sweeping the city, an anti-Gaddafi protest was planned for the afternoon.

We slipped out of the Rixos hotel, where all foreign journalists have to stay, at 8.45am, minutes before the government minders instructed the guards not to let anyone else through the gate, and took a taxi to the seafront. It being a Friday — the Arab equivalent of a Sunday — the downtown area was quiet.

At a sidewalk café we had a cup of tea, and made small talk with the Algerian and Tunisian staff. A middle-aged man in a brown shirt seated near us was paying too much attention, so we quickly moved on. One of the customers ran after us with two cans of Coke, a gift in keeping with ordinary Libyans’ unfailing generosity.

We strolled down Omar Mukhtar Street, where five men smoking shisha pipes invited us to sit down for a coffee. Two of them spoke English. They discussed the situation in Libya, choosing their words wisely, and invited us to visit the city when the war was over. They took our business cards, but declined to give their own phone numbers.

‘Be careful what you say’
“I think you know why,” one of the men said. The phone lines have ears too.

When the man began to talk about Nato, the other English speaker, a genial man with a yellow nicotine stain on his silver moustache, hissed: “Be careful what you say.” Suddenly, they all stood up and left, wishing us well. Something had made them feel uneasy.

Further up the road, we stopped at the ambitiously named Four Seasons hotel, which had three large pictures of Gaddafi at the reception desk. As we sat on the terrace, a slim young man with a crisp white T-shirt tucked into his jeans arrived and took a seat nearby. Martin walked across the road to make a phone call and I wrote in my notebook. A friendly young Egyptian waiter told us there were no milkshakes — we were getting bored of tea and coffee — so we moved on.

A few blocks away, we noticed the man in the white T-shirt loitering on the corner. As we walked on, he followed us, so we doubled back past him, and slipped into the narrow streets of the labyrinth-like medina.We emerged onto the corniche where, while admiring the cobalt sea, we realised we had a new tail. Or rather two tails; one in red shirt with a straw hat, the other in a blue and white sport shirt. Soon, the man in the white T-shirt joined them.

Suddenly a red pick-up screeched to a halt next to us. Five men, one in a khaki uniform but the others in plain clothes, jumped out, pointing their AK-47s at us. “Get in, get in!” they shouted. When we resisted they cocked their guns. We got in.

The pick-up sped off, with our three “tails” now on the back. The gunmen inside screamed “Shut up!” and “No English” as we tried to explain that we were journalists. Racing along the seafront, we pulled up behind a police van at Green Square, in the heart of the city. Immediately another dozen or so unmarked police cars, surrounded us.

The man in the white T-shirt took Martin’s satellite phone and passport, and demanded my notebook. I refused, handing over my journalist card instead. Shouting at us all the while, the security agents, now more than 20, most of them out of uniform, started arguing among themselves over what to do. Eventually they allowed us out of the car, where we saw that they had arrested the young Egyptian waiter from the coffee shop and brought him here. He looked terrified.

A sinister-looking man called Mortaza — camouflage pants, slicked backed hair, beard, sunglasses — turned out to be the most reasonable. After we told him that the Egyptian had barely spoken to us, he ordered him released. The man in the white T-shirt fumed, and shouted “Liar, liar” at Martin.

A smart black sedan with tinted windows and a huge security agent in the passenger seat took us back to the hotel. As we got out, the bodyguard said gruffly: “We are sorry.” – guardian.co.uk