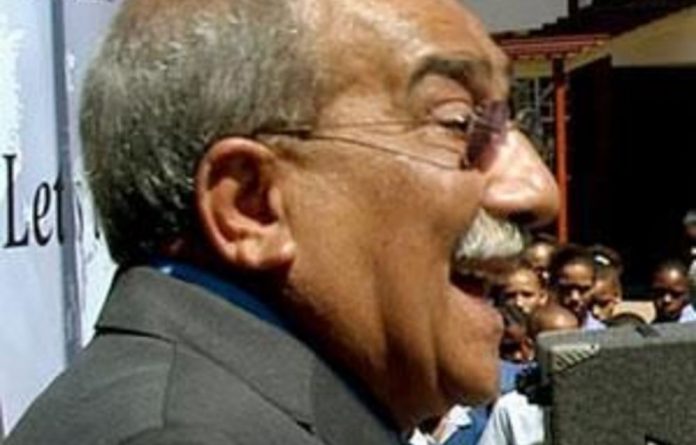 Kader Asmal recognised the importance of sport and did a lot of significant work for cricket, Cricket South Africa said on Wednesday after learning of the African National Congress veteran’s death.

“He had a passionate love for sport and particularly for cricket. He served on the national executive of the South African Non-Racial Olympic Committee (Sanroc) and, in spite of his commitments to the government from 1994 onwards as a senior Cabinet minister, he did a lot of significant work for cricket,” said CSA chief executive officer Gerald Majola.

“Perhaps his greatest contribution was the work he did with the then minister of finance Trevor Manuel to recognise sports that had credible development programmes and allow them to get tax rebates so that the money could be ploughed back into amateur and grassroots level sport.”

Asmal, 76, died on Wednesday in Constantia hospital in Cape Town after having a heart attack and slipping into a coma.

He was the minister of water affairs and forestry from 1994, a member of the ANC’s national executive committee, and education minister from 1999.

CSA flags will fly at half-mast on Thursday as a sign of respect for Asmal. — Sapa