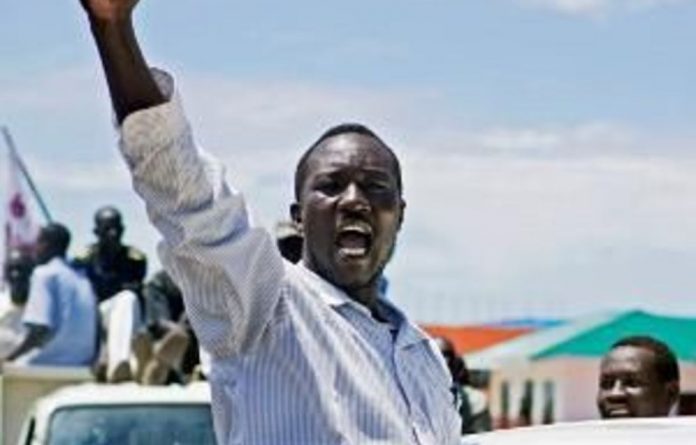 Sudanese troops arrested six UN staff of southern origin as they were being relocated from the flashpoint northern state of South Kordofan on Wednesday, the world body said.

The arrests came amid heavy fighting in the ethnically divided border state, where the conflict between government forces and troops aligned to the south has threatened to torpedo a 2005 peace deal that is set to deliver independence for the south on July 9.

The six men detained at the airport in the state capital Kadugli were among 23 Sudanese UN staff being flown to the southern city of Wau as part of the relocation plan of the beleaguered UN Mission in Sudan (Unmis).

“As per the Status of Forces Agreement [Sofa] and other agreements, Unmis requests the immediate release of UN staff, pending the presentation by the authorities to the mission of evidence of illegal activities as claimed by the SAF,” he added.

“The parties to the conflict must uphold their commitment to protect civilians and ensure the freedom of movement of all UN staff, regardless of their origins, or ethnic or political affiliations.”

Earlier on Wednesday, US President Barack Obama called for an immediate ceasefire in South Kordofan, where he described the situation as “dire”.

Sudanese church leaders and activists say the northern army’s campaign forms part of a government policy of ethnic cleansing, targeting the state’s indigenous Nuba peoples who fought with the SPLA during the 1983-2005 civil war.

Khartoum strongly rejects allegations of ethnic cleansing and insists it is protecting civilians in South Kordofan, the north’s only oil producing state.

The conflict, which has displaced more than 70 000 people, is the second along the north-south border in the run-up to southern independence.

On May 21, northern troops occupied the contested Abyei district, which had special status under the 2005 peace agreement, prompting some 113 000 residents to flee south. — AFP