A solo in orange shades 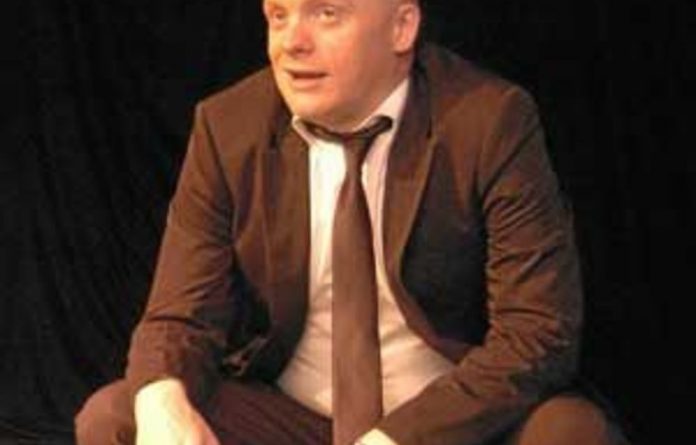 I’ve tried to do other jobs but failed abysmally. Writing and performance are like therapy for me, each in a different way. Writing is a very zen early-to-mid-morning activity, whereas performance generally happens late at night, leaving the afternoon for brain-deadness.

My mother is a music teacher and my father an agronomist (crop scientist) and somehow they made of their three children an actor-writer, a fine artist and a musician. I was never particularly into drama as a career when I was at school. I wanted to be a lawyer, like my gran and Jimmy Smits in LA Law, but Rob van Vuuren convinced me to do drama with him at Rhodes University, because there were rumours that we would get to roll on girls in physical theatre practicals. The rumours were true and I left Rhodes with an honours in drama in 1998.

Rhodes was a fantastic place to study drama in the mid-1990s and teachers such as Andrew Buckland, Reza de Wet, Lindsay Reardon and Gary Gordon taught us lots of facts, which we don’t remember, but also a few simple lessons, which we do: the importance of discipline, wonder, honesty and how to move.

Johannesburg is where I now live, after spells in Seoul and Bloemfontein, and it is inspirational.

I have a book problem and have completely broken my “must-have-shelf-space-available-before-­purchase” rule. Music is important too, as is running, and because I don’t listen to music in the car (I’m a motorcyclist) I listen to it while I run. At the moment I have ­Toddla T and Roots Manuva on the iPod, as well as Primal Scream’s Screamadelica 20th anniversary edition. Amon Tobin’s new album has also made its way in there somewhere. I can be seen in tights, a hat and orange shades for more than 10km in Troyeville, Kensington and Bedfordview at least three days a week.

Turning into monsters
My work has recently taken an unusual turn in that I’m working on a historical piece, Sie Weiss Alles, set in Berlin in April 1945, just as the Nazi regime reaches its end. It is not just the material that is unusual, but also the fact that I will be on stage with another performer, the spectacularly talented Taryn Bennett. We play two Germans caught up in the chaos, who are thrown into a ridiculous yet harrowing situation as the very foundations dissolve around us. It is always interesting to investigate how civilised societies turn into monsters and then fall apart, and we will be doing so in Grahamstown from June 30.

Writer, performer and director James Cairns will have the premiere of his play, Sie Weiss Alles, at the National Arts Festival, and also appears in his solo show, Dirt.
Both are on at Vicky’s.