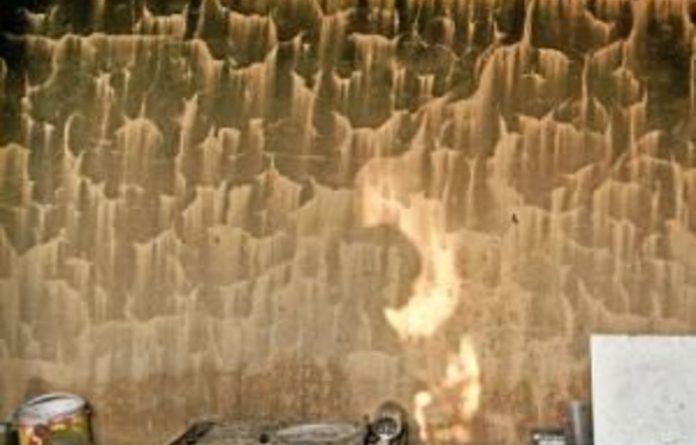 The ANC in Limpopo is not quite sure what to do with Tebogo Mojapelo, the ward councillor who was arrested last week for her alleged involvement in the murder of a Zimbabwean in Seshego, near Polokwane.

And although the provincial party said it is seeking guidance from national structures, head office insists that it is a local issue.

Mojapelo faces charges of murder, arson and public violence, along with 11 others who were arrested by the Seshego police following the fatal stoning and beating of a Zimbabwean man, Godfrey Sibanda, last Monday, and the torching of RDP houses inhabited by Zimbabweans last Tuesday.

The ANC spokesperson in the province, David Masondo, said: “Our legal team says that if we suspend her we have to hold by-elections. That will leave the community without a councillor for a while. But if we don’t suspend her, that is sending a message that this is acceptable.

“The guidelines are not very clear and we are waiting for a second legal opinion. At this stage, it’s only the national executive committee that can take decisions on this matter.”

But ANC national spokesperson Jackson Mthembu said otherwise: “The people who deal with these issues are at the regional level. The structures on the ground know what they’re doing. They know whether to suspend or not suspend. I insist that it’s not a national matter.”

Meanwhile, Mojapelo has been released on R5 000 bail. According to her charge sheet, she was granted bail because “as newly employed as councillor, my kids will starve and there are huge possibilities of losing my job. I am the only breadwinner.”

She is 29 years old with four children.

Mojapelo’s lawyer, Humphrey Lebepe, said that she was asleep at the time of the attack and denied any involvement in the violence.

But provincial police spokesperson Hlangwani Malaudzi has a different view: “We’ve heard that the councillor was very vocal in terms of saying that people from Zimbabwe must be kicked out — It was a stupid move. You can’t hold a public position and engage in such things. It’s very embarrassing, actually.”

Mojapelo’s arrest represents the third publicised occasion since 2009 in which ANC councillors have been taken into custody for allegedly stoking xenophobic violence.

In 2009, ANC ward councillor Vusi Khoza was charged with public violence and conspiracy to commit assault in connection with an attack on immigrants in Durban. Khoza was released on bail in 2009 and the court case will begin later this year. One Zimbabawean man was killed in the incident.

A man who was injured in the violence described Khoza as the “war general” who led the attack.

And last year councillor Mpumelelo Lubisi was investigated regarding allegations that he incited a mob to attack immigrants from Zimbabwe and Lesotho based in De Doorns in the Western Cape, and allegedly blamed them publicly for a lack of service delivery in the municipality.

Mthembu again said that it was not a national issue. “These are three [different] people, and you need to talk to the local offices.” Researchers and activists insist, however, that attacks on foreigners are not isolated and that xenophobia is very much a national issue.

According to the African Centre for Migration and Society (ACMS) based at Wits University, there have been 17 recorded incidents of violence against immigrants since January this year.

These range from the murder of two Somali shop owners in Butterworth in the Eastern Cape to workers at the Medupi power station in Limpopo torching buildings and demanding that all Chinese and Korean workers be fired or killed.

Tara Polzer, a senior researcher at the ACMS, said: “While many threats have been averted through proactive policing, the threats persist and the amount of violence has increased this year.

“We still don’t have a centralised recording and reporting system for these incidents, so it’s hard to see when isolated incidents become a national problem.”

She said that one of the issues in which there has been no improvement since the xenophobic upsurge that engulfed the country in 2008 is that people are rarely prosecuted for violence against foreigners.

“There is still the impression of impunity. While the police have got better at arresting people for attacks, they don’t have a good prosecution rate.”

Vincent Williams, project manager at the South African Migration Project, said that although the current attacks do not appear to be orchestrated as they were in 2008, the perpetrators are still feeding off each other.

“There are still underlying issues of xenophobia,” he said. “Foreigners are soft targets and they often find that they don’t get the support they need from leadership and the police.

“While the government has spoken about not tolerating xenophobia, it hasn’t gone beyond the rhetoric. We see very few prosecutions.” He said that although local leaders have to be held accountable for the attacks, there must also be leadership at national level.

Jacques Kamanda, secretary general of the Co-ordinating Body for Refugee and Migrant Communities, pointed to a lack of follow-up work by the government since 2008. “No structures have been put in place to monitor or counter xenophobia,” Kamanda said.

Dark night of violence
A peaceful area during the day, it is hard to imagine that last week Seshego was the scene of nightmarish attacks on Zimbabweans, which included one man being stoned to death.
Twelve people have been arrested for the murder of Godfrey Sibanda, who was allegedly cornered on his way home from work last Monday and stoned and beaten to death.

Last Tuesday, the night after the murder, a mob took to the streets with bottles of paraffin and tyres and torched houses, including six on one street. All that remains now of these structures are burnt tyres, ash, broken glass and half-melted children’s shoes within the blackened walls.

Trouble had been brewing before the outbreak. According to residents, there were calls to evict Zimbabweans at a community meeting earlier on Monday and the police had given warnings about possible violence and were on the alert. However, in the darkness of Seshego — where there is no electricity — Sibanda fell victim to a roving group.

Word on the street is that he was suspected of the rape of a child and that the violence was a response to this. But according to Limpopo police spokesperson Hlangwani Malaudzi, no complaint about the rape was laid.

“I think the issue here is service delivery. People say there are people from outside getting all these amenities,” said Malaudzi. “So, to blame them [Zimbabweans] for the crime in the area is just to find scapegoats.”

When the Mail & Guardian visited Seshego this week, about 20 immigrants — men, women and children — were still at the local police station, where they were being sheltered. They had been receiving food from the local branch of Cosatu.

“We heard a whistle,” said Christopher Manyanhaire, from Mutare. “They use this whistle to call each other. They were singing Dubul’ iZimba (kill the Zimbabweans).” He said that many of the people in the group were wearing ANC T-shirts.

Manyanhaire said that Zimbabweans and South Africans compete in the same market for piece jobs and manual labour and this is a point of tension. They often stand at the same traffic light waiting for people to hire them for the day.

Some Zimbabweans put the number of people who had fled the area at more than 2 000. However, the police could not confirm this number and there is no official count.

A 24-year-old mother of two in Zone 76 of Seshego, who asked to remain anonymous, said she watched a house burning across the road. “We were frightened. We didn’t know who was burning those houses and they don’t know who is Zimbabwean and who is South African,” she said.

“They [the Zimbabweans] don’t deserve this, they are humans like us, you know. We have a good relationship with them. Some people want them here, some don’t want them here, that’s the problem.” — Ilham Rawoot & Matthew Wilhelm-Solomon, researcher at the African Centre for Migration and Society