Blues down Waratahs to reach semis 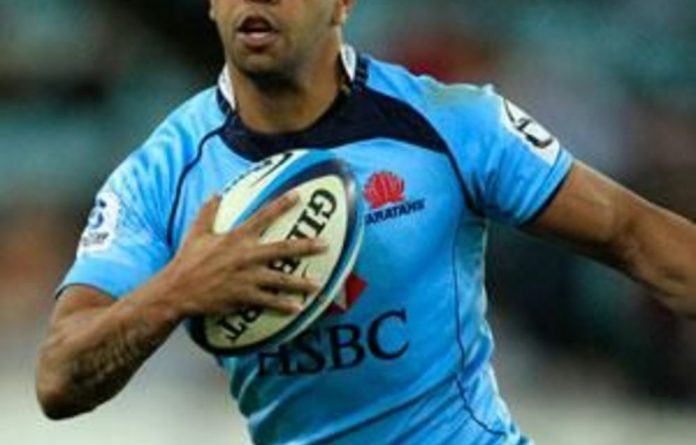 The Auckland Blues bided their time before clinically dispatching an injury-ravaged New South Wales Waratahs 26-13 at a wet Eden Park to reach the Super Rugby semifinals on Friday.

The three-time champions trailed in the first quarter but tries from winger Lachie Munro and lock Ali Williams, as well as 16 points from their place-kickers, were enough to set up a clash against either the Queensland Reds or the Stormers next weekend.

The Waratahs, missing a host of injured Wallabies, scored the first and last tries of the match through Tom Carter and Lachie Turner but could not get enough of the ball in the second half, and ultimately ran out of puff and players.

“We wanted to put pressure on them,” Blues flyhalf Stephen Brett, whose tactical kicking helped starve the Waratahs of possession after the break, said in a televised pitch-side interview.

“The forwards stepped up there and enabled us to get it out to our wide players.”

The Waratahs finished the match with shopping mall security guard Elvis Taione on the pitch making his Super Rugby debut, and their sometimes capricious fans could have had no complaints about the effort they exerted in defeat.

“They were a better side and deserved to win, we just played dumb footy,” said Waratahs captain Phil Waugh, who put in a typically combative effort in his 132nd and last game for his state. “[But] we’ve really done well to get where we are.”

Firmly in charge
The visitors, an error-strewn first five minutes apart, started brightly and scored the opening try when centre Carter muscled his way through Luke McAlister’s tackle to cross in the corner after 17 minutes.

All Black McAlister made amends seven minutes later when he drew two tacklers and flipped the ball up to allow winger Munro to level scores before converting the try to put the home side 7-5 ahead.

Kurtley Beale, who again looked like the Waratahs’ most threatening player, regained the lead with a penalty just after the half-hour mark but Munro, resuming kicking duties, slotted two more to give the Blues a 13-8 advantage at halftime.

Munro further extended the lead 15 minutes after the break and the Blues looked firmly in charge.

The Waratahs had by now lost both of their starting locks to injury and so it was somehow appropriate when All Black veteran Williams cantered over the line on the wing in the 63rd minute to emphasise the home side’s dominance at 23-8.

Turner’s try 11 minutes later was never going to be more than a consolation and there was still time for McAlister to add another three points.

The Blues now wait on the result of the Canterbury Crusaders clash against the Sharks on Saturday.

A win for the Crusaders would send the Auckland-based side to Brisbane, while a Sharks victory would mean a trip to Cape Town. — Reuters