House rebukes Obama over US involvement in Libya 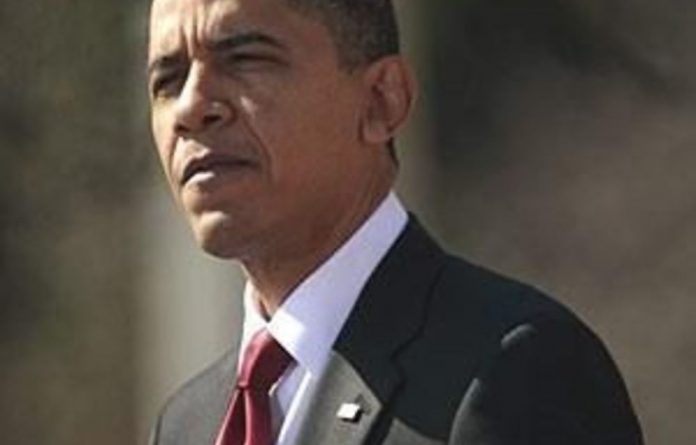 US lawmakers have rebuked President Obama over American involvement in Libya, as reports indicated Muammar Gaddafi might abandon Tripoli.

In Washington, the House of Representatives on Friday rejected a resolution authorising US military action in Libya, in a symbolic but scathing rebuke to Obama.

Lawmakers voted 123-295 to defeat the measure and moved to take up a companion resolution aimed at sharply reducing the US role in the Nato-led, UN-mandated operations against Gaddafi’s forces.

“We are disappointed by that vote. We think that now is not the time to send that kind of mixed message,” White House spokesperson Jay Carney told reporters.

Exit strategyb>
The Wall Street Journal quoted a senior US national security official as saying US intelligence shows Gaddafi “doesn’t feel safe anymore” in the capital where he has ruled for more than four decades.

However, officials told the paper they did not see the move as imminent and did not believe Gaddafi would leave Libya, a key demand of rebels battling his forces.

Gaddafi is believed to have numerous safe houses and other facilities both within and outside Tripoli where he could go.

Rebel spokesperson Mahmud Shamam told French daily Le Figaro the insurgents were in indirect contact with the Gaddafi regime and may be prepared to allow him to stay in the country, but that he and his family must agree to leave power.

“Our conditions remain the same. It is totally excluded that Gaddafi or members of his family take part in a future government. We are discussing with them the mechanism for Gaddafi’s departure,” he said.

In the rebel capital Benghazi, however, National Transitional Council deputy chairperson Abdel Hafiz Ghoga said: “There is no contact, direct or indirect, with the Gaddafi regime.”

Bani said the rebels were up against vastly superior firepower. Much of their arsenal comprises Soviet-era tanks and artillery up to 50 years old.

The mostly volunteer force has, with the help of Nato air strikes, kept Gaddafi’s forces at bay on several fronts, but has made limited progress toward Tripoli — allowing loyalist forces to dig in.

At least three civilians — two women and a 14-year-old boy — were killed recently when Grad rockets hit a residential neighbourhood of the port city, it said.

“These rockets are indiscriminate weapons which cannot be directed at a particular target and their use may amount to war crimes,” Amnesty said.

What happens afterwards?
A senior US commander, meanwhile, said that Nato and Libya’s African allies had not adequately planned for the aftermath of Gaddafi’s possible fall.

“We, the international community, could be in post-conflict Libya tomorrow and there isn’t a plan, there is not a good plan,” the senior US commander in Africa, General Carter Ham, told the Wall Street Journal.

He predicted that Gaddafi could fall quickly, and said there might be a need for substantial ground forces in Libya to preserve order.

Despite the intensive Nato bombing, stalemate on the battlefield and a wave of defections of regime officials and soldiers, Gaddafi remains defiant.

“We will resist and the battle will continue to the beyond, until you’re wiped out. But we will not be finished,” he said in an audio message on Wednesday.

Reunion
Around 300 people, including 51 freed detainees, arrived in Benghazi on Friday aboard the Ionis, chartered by the International Committee of the Red Cross, after a 22-hour journey from Tripoli, reports said.

Families who had been separated for weeks were reunited.

The ICRC said the arrival of the group was part of a broader exchange negotiated between Libya’s two warring factions.

The 28-member International Energy Agency said on Thursday that 60-million barrels of oil would be taken from reserves over the next month to cover lost Libyan output.

New York’s main contract, West Texas Intermediate for delivery in August, eased ten cents to $90.92 a barrel after plummeting $4.39 or 4.6% on Thursday.