Malema: Think-tank of the ANC 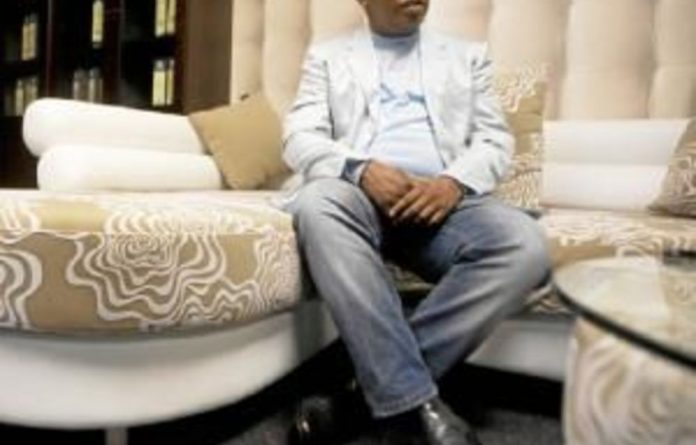 Matuma Letsoalo and Mmanaledi Mataboge spoke to youth league president Julius Malema about changing the Constitution, his fights with the party and his apology to women.

Why do you think that every time the youth league pronounces on policy issues, the ANC distances itself from that?
The ANC has got a responsibility to clarify the current policy position of the ANC and government and we have the responsibility to propose new policies. We are not in argument with the ANC. If they say this is not ANC policy, they are right. The ANC [land reform] policy is willing-buyer, willing-seller, which Polokwane said an alternative must be found to replace it. We are providing an alternative. We are going to the policy conference of the ANC and the national conference of the ANC and we’ll make our proposals there.

How do you respond to the people in the ANC who are pushing for you to be taken through another disciplinary process?
You want to discipline me for what, for a political report? I had to give an honest analysis of the South African situation. I was not going to lie to the delegates. The role of the political report is to give your own observations politically of where we come from, where are we and how do we move forward. If you want to punish me, what did I do? Let them do whatever they want to do, but that will not stop me from giving my honest analysis of the political situation.

Did you have an idea that you might face censure when you mentioned the possible disciplinary measures against you during the political report?
There are some people who are so intolerant of a political disagreement. Because of lack of capacity to engage ideologically in the political discourse, they think when you disagree with them you must go to a DC [disciplinary committee]. They think you must either shut up or go to a DC. We have come to the conclusion that there are people who cannot differentiate between a political engagement and a matter that requires a disciplinary action, people who suffer from a mind of a rat, who can’t think. Those people should not be our problem. We will continue to engage.

Some in society feel threatened by your statements that land and mines should be taken without compensation.
Then they’re threatened by democracy. We can’t have the minority owning 90% of the wealth of the country and 80% of the population owning 10%. We want to democratise the economy of South Africa. If you’re scared of democracy then go to dictators’ countries where capital will dictate economically who owns and who should not own. The land issue is a democratic process. Let the majority share the land with the minority. We are not saying they must go: we are simply asking for sharing, for their contribution to the democratisation of South Africa. This democracy is not complete for as long as we don’t have the economic power. It would have failed. Democracy meant we must share in the wealth of the country. The land must be shared among those who work it. That is what the Freedom Charter says. And we are implementing the Freedom Charter.

Constitutionally, is it allowed?
No, it cannot be done with the current state of our Constitution. That is why the youth league calls for two-thirds and beyond [of votes]. We are talking about a 75% [ANC majority] so that we amend the Constitution to be in favour of expropriation without compensation and nationalisation. We know that the willing-buyer, willing-seller is protected by the Constitution.

Why did you see the need more than a year later to apologise to Khwezi and all women for the sexist remarks that you made about her, especially when you were so firm on your position that you appealed the Equality Court’s ruling?
I just felt that it’s not worth fighting it. That woman deserved some respect and when somebody said “look, this didn’t work well with us”, we should have said there and then “we are sorry”.

The youth league is calling for the election of “quality leadership” for the ANC next year. What constitutes quality leadership in your view?
We need courageous men and women who’ll confront monopoly capital and say we now need to share what belongs to the people of South Africa. You have been enjoying these benefits all along.

We need the leadership that will say to the Oppenheimers and the Ruperts, can you give us R1-billion to go and build houses for the people of Diepsloot as part of your contribution? We know you’re paying tax but you’ve got a lot of money as one family. Can’t you just go and establish a big, well-resourced township and not the signage that you always donate to schools, with the name of the school and a big emblem of the companies?

Do you have that leadership in the ANC?
I’m refusing to go into that discussion. That is what we’re talking about when we say let’s open the debate for leadership so that we can talk openly as to whether we’ve got men and women now in the ANC or do we lack and what do we do if we lack.