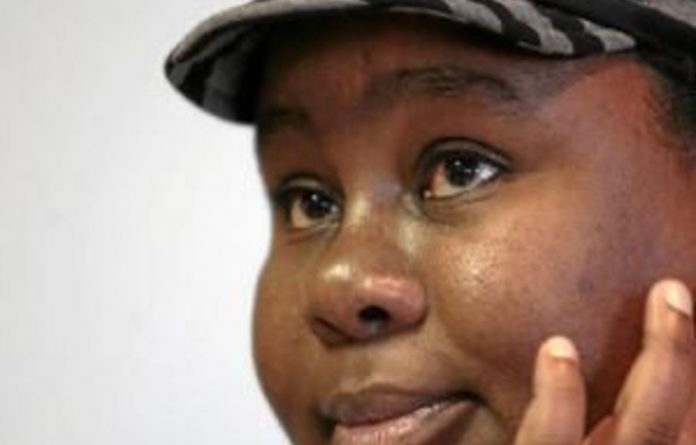 Tulelo ended her term at the league last week when she did not stand for re-election because she is older than the league membership cut-off age of 35 years.

During her tenure, she was credited for ensuring the smooth running of the league’s second 2008 conference, held at Nasrec in Johannesburg, as well as the 2011 conference at Gallagher estate in Midrand, unlike the chaotic first 2008 conference at which Julius Malema was elected.

A provincial leader told the Mail & Guardian that the provincial executive committee (PEC) had decided that she should return to Kimberley, which is her home town, to play a role in the politics there, but her exact job is still under discussion.

“We discussed it three weeks back and we will finalise it in the next two weeks,” the leader said.

Rose among the thorns

Outgoing ANCYL secretary general Vuyiswa Tulelo discusses her tenure and the legacy she has left behind — as a wife, a mother, and a rising political star.

“She has great skills and we would love to utilise her. We’ve had discussions in the PEC that she must come back to the province and strengthen the provincial government here.”
The leader denied that Tulelo’s inclusion in provincial leadership structures would spark a reshuffle of the provincial executive, a move many have predicted following the charging of provincial finance minister John Block with corruption.

Earlier this month, the Supreme Court of Appeal also ruled that Block, who is also the ANC provincial chairperson, has been using a fake mining licence to mine salt in the Northern Cape.

Said the leader: “There is no talk of reshuffling. We have a very stable provincial government and we would not change that by effecting a reshuffle.”

Another source said Tulelo was due to replace deputy speaker Juanita Beukes in the legislature. For this to happen, Tulelo would first have to be sworn in as a member of the provincial legislature.

But Tulelo seems to be in high demand, the provincial leader said. “We know that they are also making offers to her at national level. They have her CV and are finding suitable ways to deploy her. But we think it is better for her to come back to the province,” he said.

Tulelo told the M&G that her future was being decided by Luthuli House and she was not privy to the discussions.

“The Youth League instructed the ANC on what it thinks the party should do with me. The ANC said it would come back to the league with options,” she said.

“For now, I’m resting. I’ve been given leave by the secretary general of the ANC who told me I did what I was supposed to do — deliver a successful youth league congress. “For now, I’m officially unemployed and happy to be so for the next while.”

She dismissed speculation that she was hoping for a position in the ANC Women’s League. “I don’t even have membership of the league.” ANC Northern Cape spokesperson Zamani Saul declined to comment.