Nothing clichéd about geek’s take on women 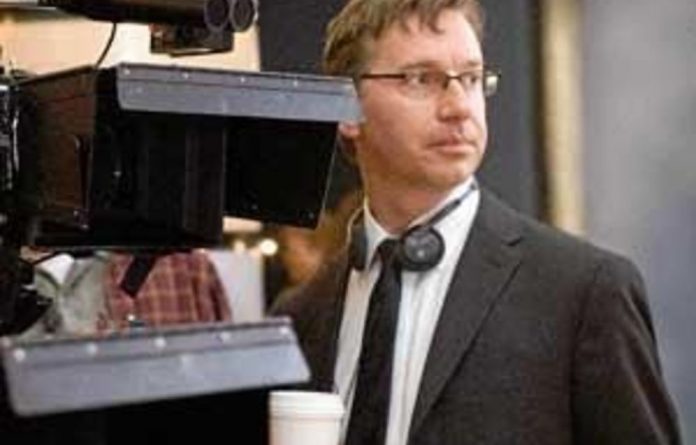 When we meet in Los Angeles he is wearing a dapper three-piece suit, lavender tie and matching pocket handkerchief.

‘I’m fighting against LA’s tyranny of the casual,” he says with self-mocking defiance, and launches into a theory about why he is ‘a failure”. He recounts the days ‘when I couldn’t even get a TV pilot made!” with such eagerness that one might think he was still a jobless hack, as opposed to someone involved in the best American TV of the past decade, including cult teen drama Freaks and Geeks, which he wrote, Arrested Development, The Office, 30 Rock, Bored to Death and Mad Men, all of which he did directing stints on. ‘Well, it’s nice that people keep ­giving me a shot,” he says.

Geek and proud of it
Feig’s view of himself as a struggling outsider mirrors the focus of much of his comedy. He is interested in slightly off-key underdogs, like Sam in Freaks and Geeks, who is baffled by his older sister’s attempts to fit in with the cool kids. Feig, 49, is a self-proclaimed ‘geek” and proud of it. The titles of his two very funny memoirs are Kick Me: Adventures in Adolescence and Superstud: Or How I Became a 24-Year-Old Virgin.

The night before Bridesmaids opened in the United States he took to the internet, as any geek would. ‘If it’s not too dorky, can I ask you guys to take a pic of any ticket lines of full theatres for Bridesmaids this weekend and tweet it to me?” he tweeted.

The first female ensemble comedy for too long a time, and one of the smartest and sweetest comedies for years, Bridesmaids is the story of broke, single Annie, coping with all the elaborate rituals in the run-up to her best friend’s wedding. ‘For years, it’s driven me crazy that women don’t have better roles, especially in comedies,” Feig says.

Bridesmaids does more than ­feature women: it thumbs its nose at clichés about women in films. ­

Written by Kristen Wiig (who also stars) and Annie Mumolo (on whom, Feig says, the protagonist is largely modelled), Bridesmaids is about how Annie, played by Wiig, feels her friend is growing away from her — the wedding is merely the catalyst.

‘I always felt weird about the aspirational element to [wedding] films,” says Feig. ‘They also depict women in just the worst light, like they’re all cat-fighting. I don’t know any women who behave like that.” If anything, the wedding scenario in Bridesmaids is mocked, rather than held up as the only possible happy ending for a female character. This refusal to kowtow to social expectations appealed to Feig.

Smart comedy
Feig grew up in Michigan, an only child whose mother encouraged her son’s love of comedy. When he decided he wanted to wear a suit after reading that Groucho Marx always wore one, his mother promptly went out and bought one and — despite comments from kids in school and, now, Hollywood colleagues — he never changed his style.

After jobs as an actor in the 1980s and 1990s, he wrote the semi-autobiographical high-school drama Freaks and Geeks, in which James Franco, Seth Rogen and Jason Segel all made their debuts, and which Judd Apatow directed. It was an original mix of smart comedy and gentle realism, but the trend then was for glossy shows with one-two-joke formats, and Freaks was ­cancelled after one season.

‘Judd called when I was in a meeting with my father’s lawyer because my mother had just died — it was like a scene out of something I’d write,” says Feig.

Afterwards, Feig struggled and various projects fizzled. TV producers would say that they wanted his ‘voice” but when he made something in his voice — realistic, character-led, no jokes for the sake of it — they split. Not that he was willing to change; rather, like the geek he is, he stayed true to himself, which has turned out to be rather fortunate.

In the past decade, as Feig began to think it was ‘impossible to get an individual point of view on TV”, his style of behavioural comedy has taken over from what he calls the ‘joke-joke comedy” of the 1990s (Friends, Malcolm in the Middle). Feig now marvels that he is able ‘to do what I want on TV. And now, this!” he says, referring to Bridesmaids.

Has his time come? The outsider who could very well be more of an LA insider these days looks horrified. ‘Oh, I don’t know about that!” he says, and reaches for his lavender handkerchief, as if to make a point.
—

Review: Restaging the history of Mansa Musa through ‘Sun of the Soil’