Three strikes, SABC may be out 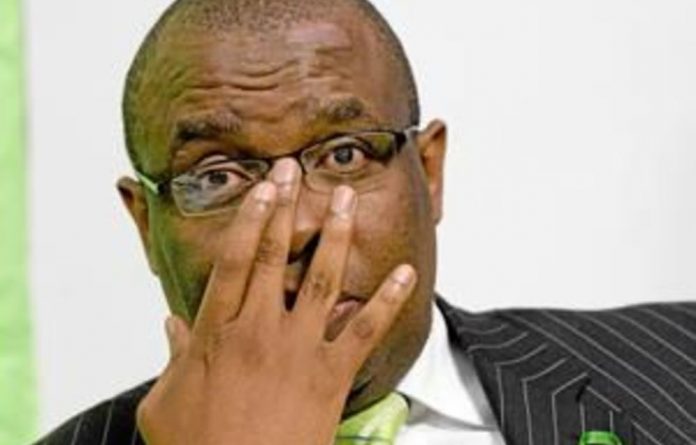 The SABC has lost yet another round in its campaign to avoid airing a scathing ruling against it by the Broadcasting Complaints Commission of South Africa (BCCSA) in response to a complaint lodged by the Mail & Guardian.

On Tuesday this week, the BCCSA rejected an application by the corporation for the suspension of the ruling pending a further appeal to the complaints and compliance committee of the Independent Communications Authority of South Africa (Icasa).

The commission found that in terms of the relevant legislation, only the complainants have the right of appeal to Icasa’s complaints body.

BCCSA chairperson Kobus van Rooyen extended the deadline by which the SABC must broadcast a summary of the commission’s finding on prime-time news.

The SABC and the Mail & Guardian locked horns on Thursday at a hearing before the Broadcasting Complaints Commission of South Africa (BCCSA). The hearing was held to address an M&G complaint against the SABC concerning a news report last year, in which businessman Robert Gumede accused investigative reporter Sam Sole of corruption and racism.

This is the third setback the SABC has suffered in this matter. The BCCSA ruled against it after hearing the initial complaint and a subsequent appeal.

However, the SABC is still refusing to say when it will broadcast the commission’s judgment. Kaizer Kganyago, SABC spokesperson, said on Tuesday that the broadcaster’s lawyers would study the judgment, “and then advise us on the way forward”.

The dispute has its origins in a 7pm news bulletin on SABC 3 on November 3 last year, in which it alleged corruption and racism on the part of Sam Sole, a senior M&G reporter.

Gumede claimed this had influenced Sole’s subsequent coverage of him in the M&G.

The report failed to include the M&G‘s explanation, which was that the allegedly corrupt payment was Sterenborg’s reimbursement for the R900 Sole spent on a ticket to fly to an interview with the businessman, at the latter’s request before he worked for the M&G.

Van Rooyen ordered SABC3 to broadcast the summary of his judgment within seven days.

At the latest, this would be during the 7pm news bulletin on June 28.

He said the SABC did not have the right to approach Icasa’s complaints committee, as this remedy was available only to the complainants — in this case, the M&Gand Sole.

Van Rooyen said that if the broadcaster chose not to broadcast the summary of the BCCSA’s ruling, the commission would be obliged to inform Icasa. He said it should be stated that the SABC had “an unblemished record” of compliance with the commission’s orders since its inception in 1993.

In argument before the commission last week, the SABC’s lawyer, Vas Soni, hinted that the corporation might decide to withdraw from the BCCSA if it was unhappy with its approach. The commission found that in terms of the relevant legislation, only complainants have the right of appeal to Icasa’s complaints body