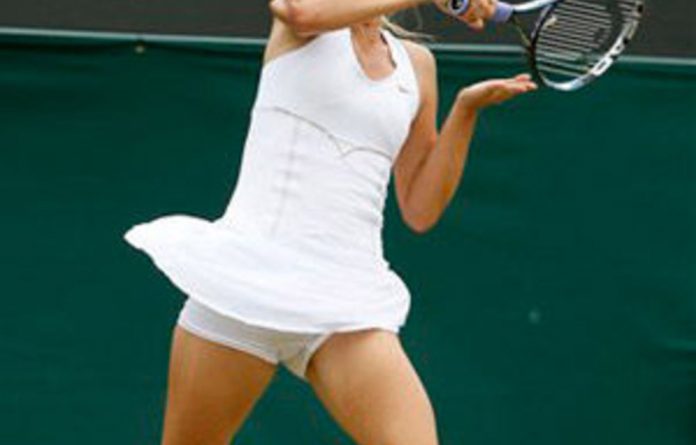 Former champion Maria Sharapova eased into the Wimbledon last 16 on Saturday, thriving on the same Court Two which was so bitterly criticised by title rival Serena Williams.

Fifth seed Sharapova, the 2004 champion, saw off Klara Zakopalova of the Czech Republic 6-2, 6-3 and will tackle China’s Peng Shuai for a place in the quarter-finals.

“I haven’t been past the fourth round for a few years so I am happy to get where I am. I hope to go one step further and even more,” said Sharapova.

“It’s great to be in the second week. The opponents will get tougher but raising your level is what it’s all about at the Grand Slams.”

Peng, the only Chinese player left in the draw after the second round exits of French Open winner Li Na and Zheng Jie, reached the fourth round for the first time with a 6-2, 7-6 (7/5) win over unseeded Hungarian Melinda Czink.

Top seed Caroline Wozniacki was as untroubled as Sharapova with the Danish world number one reaching the fourth round for the third successive year with a 6-3, 6-2 win over Australia’s Jarmila Gajdosova on Centre Court.

“I’m really happy about the way I played. Jarmila has a great game for grass with a big serve and big forehand,” said the 20-year-old top seed.

Williams was furious that she had been shunted off to the far reaches of the All England Club, something that would never happen to the top men such as Rafael Nadal and Novak Djokovic.

Four-time winner Williams has won all of her three previous meetings with the 24-year-old blonde Russian.