Venus looking to dish up some cold revenge 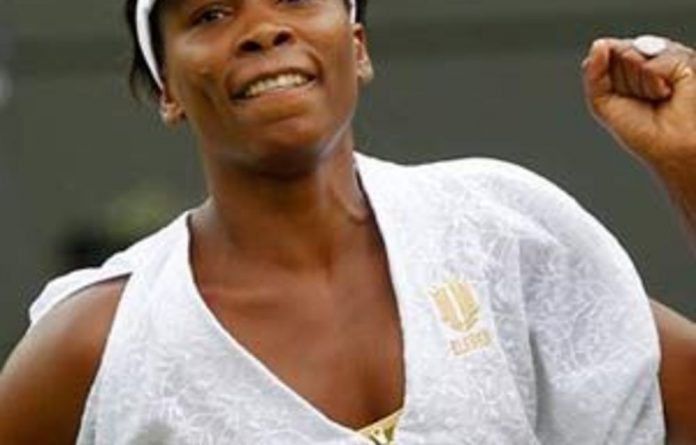 Venus Williams said she would not let anything get in her way as she tries to dish up a stone-cold dose of revenge on Tsvetana Pironkova, who dumped her out of Wimbledon last year.

The five-time champion is set to play the Bulgarian 32nd seed on Monday for a place in the quarter-finals and Williams said nothing would distract her from meting out some punishment.

Pironkova, then the world number 82, shocked Williams in the quarter-finals last year — the lowest-ranking player she has ever lost to on grass.

“Last year, unfortunately I didn’t play that well. I don’t feel I competed well. Regardless of how I play, I know I’ll be competing this time,” the 23rd seed said.

“I’m ready to bring my best game and my best competition. Last year I just got unhappy with how I was playing and I let that affect my game. This year I won’t let that happen.

“I felt pretty confident last year. Sometimes you can let a few games get away and get upset.

“Last year I let a few games get away, and instead of coming back, I let it all get to me. You can’t do that, especially in a Wimbledon quarter-final. I won’t let anything get to me this time.”

Williams said she would not be spending the weekend slouching around.

“I’ll be definitely on the court. I’m hitting some balls. Just continue to stay focused,” the American said.

“It’s easy to get unfocused in tennis. You really have to stay in those moments. I’ve been really focusing on focusing, actually.

“Really good practices build confidence. But sometimes not always a good practice. I’ve been training for the last 20 years, so that should be more weight than the one or two days of practice.”

No longer the world number one, Williams said there were benefits to being in the bottom half of the draw.

“I’ve played so many Tuesdays, but playing Monday and having two days off is a little different. It hasn’t happened to me in a while, so it feels good,” she said.

Williams retired in the third round of the Australian Open with a right hip injury, the first time she has ever pulled out of a Grand Slam match.

The US number two missed all subsequent events until the Eastbourne Wimbledon warm-up and has thus dropped to world number 30.

However, her ranking bears no relevance to her chances at the All England Club, where her win-loss record now stands at 71-9.

Williams cruised into the last 16 with a 6-0, 6-2 victory over Spain’s Maria Jose Martinez Sanchez on Friday, a match in which she was rarely tested.

“I’m in the next round. That’s my main goal regardless whether I play amazing, whether I play halfway decent, doesn’t matter. It’s just about finding a way to win,” Williams said.

“The most pressure I ever feel is from me. I try not to let anything else get in the way of my performance. It’s always easier said than done.”

She added: “It’s just a blessing to be here, especially after spending so much time off.” — AFP