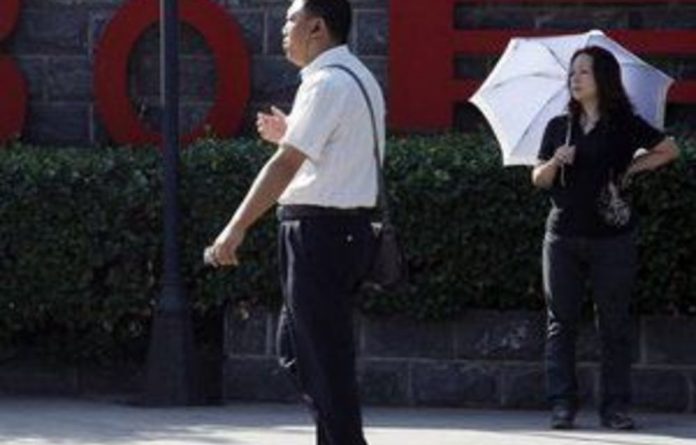 One of China’s most prominent dissidents, Hu Jia, was reunited with his family early on Sunday after serving three-and-a-half-years in jail on subversion charges, but he needed rest and was not ready to speak in public, his wife said.

Hu (37) was convicted in 2008 for “inciting subversion of state power” for criticising human rights restrictions in China, and was seen by some supporters as a potential recipient of the Nobel Peace Prize before it went to another jailed Chinese dissident, Liu Xiaobo, last year.

“He is back home with his parents and me,” his wife, Zeng Jinyan, told Reuters in a brief telephone interview.

“I don’t know if he can speak later. At the moment, I want everything to be peaceful. I’m worried that doing interviews at this stage might cause problems. Please understand.”

Hu’s long-scheduled release followed this week’s abrupt freeing from detention of the prominent artist and activist Ai Weiwei, and has come while Chinese Premier Wen Jiabao is visiting Europe on trips to Hungary, Britain and Germany.

Asked how Hu’s health was, his mother, Feng Juan, said by telephone: “It’s so so. He was in a very good mood. The first thing he did after coming home was to take a bath. Then he had a meal.”

China’s Communist Party has cracked down on dissent since February, responding to fears that uprisings across the Arab world could also inspire challenges to its one-party rule, especially ahead of a leadership succession late in 2012.

Many dissidents detained in that drive have been ordered by authorities to stay silent after their release. Hu’s wife, Zeng, and other advocates have voiced concern that Chinese authorities might also impose restrictions on him amounting to house arrest after his formal release.

Zeng, a prominent activist in her own right, told Reuters in late May that she was worried by the trend of rights activists coming under informal house arrest after their release from formal detention or jail.

“A prohibition on contact with the media was a condition of Hu Jia’s sentence, with the one year’s deprivation of political rights on his release, and no doubt the authorities will remind him of that,” said Phelim Kine, a researcher for Human Rights Watch, a New York-based advocacy group that has denounced the conviction of Hu and other Chinese dissidents.

“Given the current climate of oppression, he will be under extreme pressure to obey,” Kine said by telephone.

Energetic campaigner
Hu and Zeng have live in an apartment complex in east Beijing called Bobo Freedom City. Many police officers and security guards patrolled the area on Sunday morning.

“A sleepless night and Hu Jia came home at 2:30. Peaceful. Very happy. Needs a period of time to recuperate,” Zeng wrote in her latest Twitter entry in Chinese. Most Chinese people lack the know-how to read Twitter, which the government blocks with a censorship firewall.

Hu was detained in late 2007 and then tried and convicted in the following year on subversion charges that stemmed from criticism of the government he had made in Internet writings and interviews with foreign reporters.

China often uses the broad charge of “inciting subversion” to punish dissidents, and when Hu was convicted, state media said that he had bowed to the accusations against him.

Before he was jailed, Hu pursued an energetic career as an environmental protection campaigner, advocate for rural victims of HIV/Aids, and vocal critic of China’s restrictions on political dissent. Shaven-headed and wearing bookish spectacles, he was a familiar sight at activist gatherings in Beijing.

Hu is also a vegetarian and Buddhist who has criticised China’s controls on that religion in Tibet and voiced sympathy for the Dalai Lama, the exiled Tibetan spiritual leader reviled by Beijing.

Asked about Hu’s future plans, Zeng said her husband studied law in prison and has no plans to move abroad.

“According to law, if you have any criminal record you cannot become a lawyer. But he is studying to gain more comprehensive knowledge,” Zeng said in May.

“I think he has very clear and fixed ideas about the future, but we don’t know what the conditions will be like [after he gets out] … I think he will [focus] on rights defending.” – Reuters