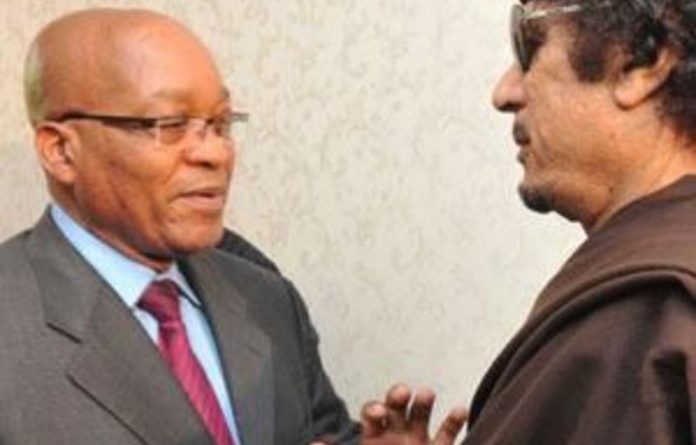 “President Zuma is extremely disappointed and concerned by the issuing of warrant by the ICC against Colonel Gaddafi,” presidential spokesperson Zizi Kodwa told the SABC.

“It’s quite unfortunate that the ICC could take such a decision while the African Union (AU), through its ad hoc committee, has done so much and, I think, the progress so far signals that there’s a commitment now from both the side of the Libyan authority led by Colonel Gaddafi and the TNC [transitional national council].”

He said the issuing of the warrant undermined the work done by the AU committee.

Zuma, who is on the committee, hosted the AU ad hoc high level committee on Libya in Pretoria on Sunday to discuss the implementation of the AU roadmap on Libya.

The African leaders said Gaddafi had agreed to stay out of negotiations on ending Libya’s four-month political crisis.

The committee, which is chaired by the President of Mauritania, Mohamed Ould Abdel Azizhas, held interactions with the Libyan parties on three occasions, including with Gaddafi and the TNC leadership in Tripoli and Benghazi in April.

Other members are heads of state of the Republic of Congo, Mali, Uganda and South Africa, as well as the chairperson of the AU Commission.

In May, Zuma met with Gaddafi in Libya to discuss the peace process. — Sapa