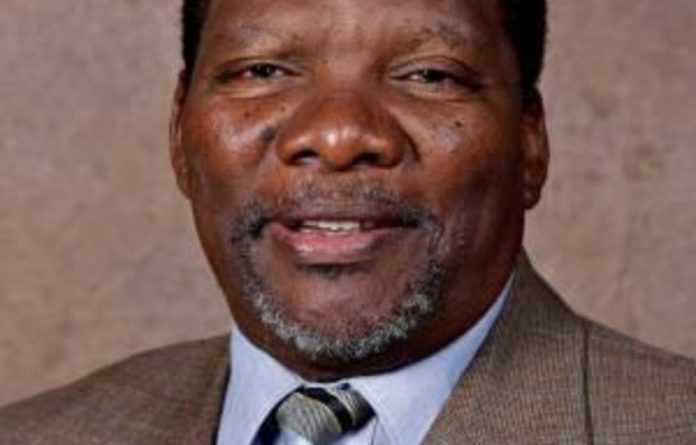 Acquiring 30% of arable land by 2014 is impossible, Minister of Rural Development and Land Reform Gugile Nkwinti said on Tuesday, after a meeting hailed by farmers’ unions as a “refreshing” step that would go a long way to bridging the divide between farmers and the state.

“I do not understand the assumptions underlying that. Let’s agree that it’s not possible,” Nkwinti told media in Pretoria after his meeting with commercial farmers, at which land reform was high on the agenda

This was a view previously expressed by ANC Youth League president Julius Malema.

Nkwinti said acquiring just the 30% of land from the hands of white commercial farmers would cost R40-billion, which was currently not available. He said the process had dragged on for such a long time “because of red tape”.

“What is happening is that you have a constitutional order in the country which you must comply with, which protects private property. If you want to expedite movement even including changing the property clause in the constitution, you have to consult South Africans — it’s a long process.

Show me the money
“Secondly, you have to find R40-billion to purchase that 30% of the land. R40-billion in the current global economic situation is just impossible to find.”

His department only had R2-billion allocated to it for land restitution, which was nowhere near the funds needed to reach the target.

Nkwinti said government could only account for about 7% of land at the moment.

“Two percent [was auctioned back to commercial farmers], so it leaves us with about 5%, he said.

Concern has been raised by politicians about the slow pace at which land reform was moving.

Among them is ANC Youth League leader Julius Malema, who says the ANC Youth League will ensure that the government begins expropriating land without compensation, to redistribute it speedily to the masses.

“It’s obvious the target of expropriating 30% of land by 2014 will not be reached … At the rate we are going now, it means we will only be able to expropriate 5% of land every 20 years, meaning it will take us 100 years to expropriate 20%. We will not be part of that failure,” Malema has said.

Insane
His views led to an uproar by angry agricultural organisations, including black groupings, calling this land grab talk “insane”.

Over the weekend, ANC Gauteng chairperson Paul Mashatile also called for the process to be speeded up.

Meanwhile, Nkwinti said that to expedite matters, his department intended shifting its focus to financial compensation for claims relating to state land.

Nkwinti said the primary focus of land reform was on development and not just the transfer of land. This would ensure that production continued undisrupted.

Agricultural unions AgriSA and the Transvaal Agricultural Union of South Africa (Tau-SA) welcomed government’s initiative to engage them on what they said was a “very emotive and complex issue” in the country at present.

“Until today, a vast majority of commercial farmers felt themselves at the receiving end of legislation, threats and insecurity,” said De Jager.

“What I found most refreshing was the minister’s inclination to involve all stakeholders in these structures to be established [a land management commission, a land rights board, and the office of the valuer-general].

“He is not only inviting us to dinner, but actually calling us to the kitchen where we can be part of the mix.”

It also emerged on Tuesday that government was often defrauded on land sales, which commercial farmers said was detrimental to their interests.

Government taken for a ride
“The crisis in government is that very often it pays too much for land. This is detrimental to our own needs and interests. The question is how and why it happens,” said De Jager.

In one instance, a Free State farmer who closed a deal for R8-million received a letter from the department of rural development explaining it had to cancel the deal because it was unaffordable at R20m.

This meant that R12m would have fallen through the cracks, said De Jager.

It put pressure on the willing-buyer, willing-seller system, which was being re-evaluated by the government. Malema has also criticised this policy, saying it was not working and had to be scrapped.

Calling for an investigation into all transactions conducted under this system, De Jager said Agri-SA would not protect any farmers found to be involved.

“We also need the department to fish out those responsible,” he said.

Nkwinti said the soon-to-be-established office of valuer-general would investigate where it had gone wrong.

“Huge price fluctuations” without explanation were of concern, he said. — Sapa