McIlroy eager to make most of Woods’s absence 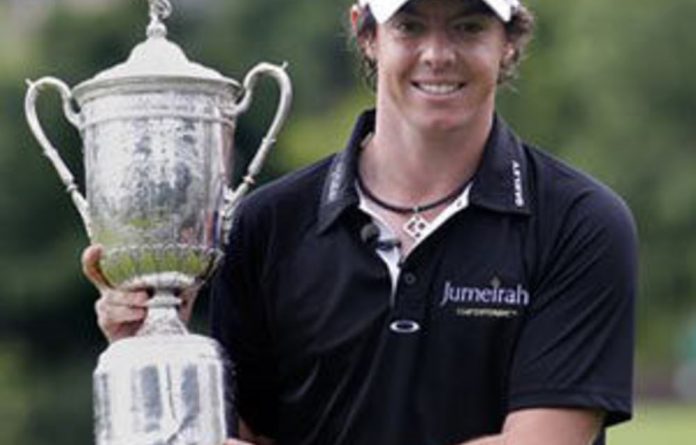 Northern Ireland’s Rory McIlroy hopes to continue making the most of the continued absence of Tiger Woods as he seeks to add to his US Open title triumph.

Woods, out of action since mid-May because of knee and Achilles injuries, has not won a tournament since November 2008 and has still to decide if he will compete in next month’s British Open at Royal St George’s, Sandwich.

McIlroy, meanwhile, is still savouring his stunning first Major win at Bethesda and is sure to receive a hero’s welcome when he attends the Wimbledon tennis championships on Tuesday before settling down to practice for the Open.

“It’s a good time for me to win things when he [Woods] is not playing his best,” McIlroy told Sky Sports on Monday.

“The first thing for Tiger is to get healthy and see what happens from there,” the 22-year-old added.

“I don’t know if anyone can answer if he’ll get back to where he was 10 years ago, but a lot of people would like to see him back on the course.”

McIlroy won the US Open by eight shots and with a record 16 under par total in Washington.

“A lot of things go into winning a tournament. Obviously there’s preparation and needing to play well — and you need a bit of luck.

McIlroy’s move up into third in the world golf rankings on Monday saw him complete a British treble at the top behind the English duo of number one Luke Donald and Lee Westwood.

“We saw Lee get to number one in the world and Luke has been very consistent for the last two years,” McIlroy said. “We’re working hard to beat one another and strive to be better than everyone else.”

McIlroy, who led after three rounds of the US Masters, the year’s first Major, only to suffer a wretched slump on the final 18 holes at Augusta, said he had not had time to comprehend the enormity of his US Open win.

“All I wanted to do was get in a position to win again. I had a tough loss at the Masters — everyone knows about that — and I felt I learnt a lot.

“But I didn’t know how much until I put myself in that position again and luckily I was able to do it.

“I handled the ball the whole week a lot better. It went in my favour and it was great to get that first win.”

McIlroy, unlike some other European golfers, has proved almost as big a hit with American crowds as he has back home.

But he said now was not the time for him to become a permanent menmber of the US PGA tour.

“It’s a tough one because I’m very comfortable living in Northern Ireland and being with friends and family.

“If I joined I’d feel like I was giving part of that up. I’m not prepared to move away from home yet and base myself in the US full-time.” — AFP