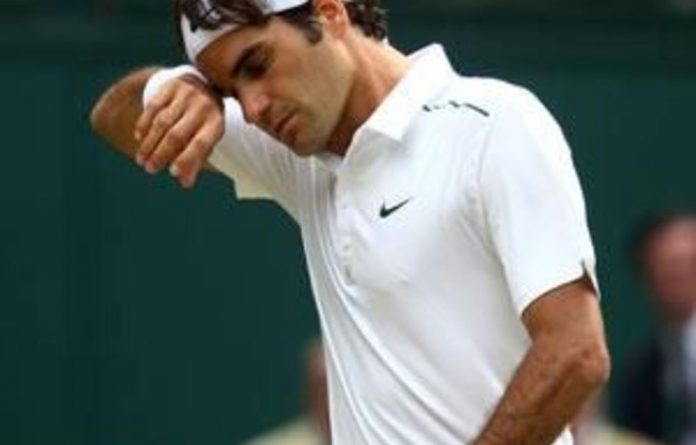 World number one Rafael Nadal said he was saddened to see old rival Roger Federer knocked out of Wimbledon as the 16-time Grand Slam title winner slumped to a landmark defeat to Jo-Wilfried Tsonga.

Nadal, whose epic history with the great Swiss has stretched to 25 matches down the years, was stunned by seeing Federer lose a first Grand Slam match when two sets to love up.

“I am sorry for him. He was playing really good tennis in Roland Garros four weeks ago, and during this tournament I saw him play really, really well,” said the Spaniard.

“Today he was winning against a difficult opponent two sets to love, and in my opinion playing very good tennis. But you know how difficult is this surface.

“When you play against a player like Tsonga, who has this fantastic serve, you are under pressure all the time even if you are winning two sets to love.”

“It’s a surprise for him to lose from two sets to love. I think Tsonga’s an excellent player. When he plays well, he’s very, very difficult to beat, especially on this surface,” said the Scot.

“To come back from two sets to love is a very difficult thing to do. Against Roger at Wimbledon, it’s even tougher.”

‘Tough for us all’
Six-time Wimbledon champion Federer believes he is still a Grand Slam contender despite suffering a second successive quarterfinal loss at the All England Club.

Even with his 30th birthday approaching in August, Federer is adamant he can add to his Grand Slam collection of 16, the last of which came at the Australian Open in 2010.

“I think I definitely can, yes. I wouldn’t be here if it wasn’t the case,” said the Swiss, who is still one title short of Pete Sampras’s record of seven Wimbledon triumphs.

“I’m healthy. Even though I took a tough loss today, I don’t feel discouraged in any way. I’ll work harder than ever and hopefully come back extremely strong for Davis Cup next week and then the American summer again.”

His only previous defeats from two sets to love up had come against Lleyton Hewitt in the 2003 Davis Cup final and in the 2005 Masters Cup in Shanghai against David Nalbandian.

“Is it easy for anybody at the moment? I don’t think so,” added Federer as he reflected on the strength of the men’s game. “I think it’s pretty tough for anybody right now to win Grand Slams.”

Equalling Sampras
Federer, whose last Wimbledon title came in 2009 in an epic five-set duel with Andy Roddick, insisted he is not obsessed by beating good friend Sampras’s record of seven Wimbledon titles.

But he knows that with defending champion Nadal being almost five years his junior, the task is becoming harder as the years pass by.

“I love equalling any record Pete has made, but it’s not the driving force behind my motivation,” said Federer.

“Look, I love Pete. It’s always nice doing stuff that he did. But at the end of the day I’m trying to win a tournament.” — AFP