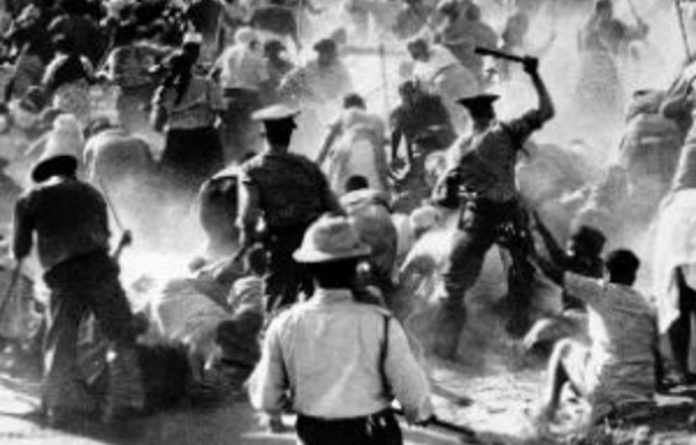 How should I live in this strange place? This deceptively poetic question captures an existential journey on which a white South African philosopher and colleague of mine, Samantha Vice, has recently embarked.

She thinks white South Africans should feel shame and regret for the past and for the fact that their whiteness still benefits them unjustly. She is grappling with what it means for her to be a white person in a country that is still deeply racialised, deeply political and deeply unjust. Her reflections drip with an intense honesty that is too rare in the South African academy. Sadly, it is an honesty often culpably missing from the lives of too many white South Africans.

In a dramatic way, her reluctance to step into the public space is an active silence that is part of her argument. But I also think our country has long needed brilliant and honest academics, such as Vice, to place their ideas within the public space where they could have the greatest reach. No topic deserves such treatment more urgently than the permanent elephant in any South African room — race. So, allow me to rehearse Vice’s reflections and to engage them.

Vice argues that the moral selves of whites are deeply stained by the unjust system from which they have benefited. Whiteness, for her, is implicated in the injustices that the black majority continue to experience 17 years later. Whites should feel shame and regret, and make amends for being unjust beneficiaries of whiteness. They should also withdraw from the political space and live “in humility and silence”, embarking on personal journeys, inwardly focused, aimed at repairing their damaged moral selves.

By “whiteness” Vice is referring to the fact that a white skin has resulted in benefits for the person who is white. This just is a historical fact. The entire system of anti-black racism and apartheid benefited those who were white. Whiteness became the norm of society.

Being white in all sectors of society was as advantageous as being male or being masculine in the corporate sector. It was the “norm” and anything that deviated from the norm was non-white, a negative description capturing the judgment that non-whites are defective. Being non-white is as defective as being gay or bisexual in a world in which heterosexuality is the norm.

Vice acknowledges that many whites resent the fact that they did not choose to be white or to benefit from being white. Indeed, some whites opposed apartheid. But shame and regret are not moral emotions that you should feel only when you did something wrong yourself.

You should also be ashamed of benefiting unjustly. Feeling shame as a white person is a way of acknowledging that you have been living in a world filled with an injustice rooted in your whiteness. Shame is an acknowledgement that the world you live in is not as it should be — just and nonracial. Regret, too, is appropriate. Vice regrets her own whiteness, not because she chose it (which she could not have) but because her whiteness is what keeps the unjust system, in which blacks are still socially and economically worse off than whites, going.

Whiteness is not a historical fact only living on in history textbooks. It continues to benefit whites. Indeed, one of the most profound observations Vice makes is precisely the fact that South African whites are so unconsciously habituated into an uncritical white way of being that they fail even to acknowledge how being white continues to represent massive social capital.

Just as a sexist black man or a homophobic white woman might never acknowledge how they benefit from patriarchy and hetero-normativity (after all, we live in a liberal society now, don’t we, in which men and women and gay and straight people are equal), so many whites take little care to acknowledge the benefits of whiteness. Some will have the audacity to respond to this article by claiming, in fact, to be victims, to be the new blacks of South Africa.

They will argue that “the system” has now changed, because St John’s College in Houghton has now had a black head prefect, and most new BMWs are bought by black professionals, and victims of anti-white racism now exist. Yet the brutal, cold facts about poverty, inequality and unemployment, when analysed along racial lines, underscore Vice’s more honest view that whiteness continues to represent unjust benefiting in post-democratic South Africa. Whiteness remains the norm. Whiteness remains hip. And that is why it is praiseworthy that Vice feels shame and regret for her whiteness.

Vice’s reflections should resonate with whites in general. But they will not. Shame and regret are difficult emotions to own up to. It is easier to focus attention on others, like pointing out how corrupt this “black government” is or how difficult it was for Johan, the neighbour’s son, to get a job despite having an engineering degree. Confronting your own self, and being ashamed of benefiting unjustly from your whiteness, is too painful for many to manage.

Vice’s only mistake is her decision to withdraw from the public political sphere. It is not black South Africans’ turn to be political. It is all South Africans’ duty to engage each other as equals both within the public and private spheres. Whites need to engage their whiteness publicly.

I do not want to be shielded from whiteness. I want to be given the space to rehearse my own full personhood as a black South African by engaging Vice publicly; it is the only way healthy relationships between blacks and whites can develop.

Vice should, instead, have given slightly different advice to whites. This is what I say to whites: “You have an unqualified political and ethical right to engage in the political and public spheres of (y)our country, but be mindful of how your whiteness still benefits you and gives you unearned privileges. Engage black South Africans with humility, and be mindful of not reinforcing whiteness as normative, just as a loud, boisterous, rugby-obsessive chief executive should take care of his unearned privileges as an aggressive, masculine male in the boardroom.”

The journey will be worth it. But it requires discomforting honesty. We owe it to ourselves as a nation in the making.

Academic Samantha Vice has caused a storm of controversy with her thoughts on white shame in South Africa. Read the reactions on our special report.