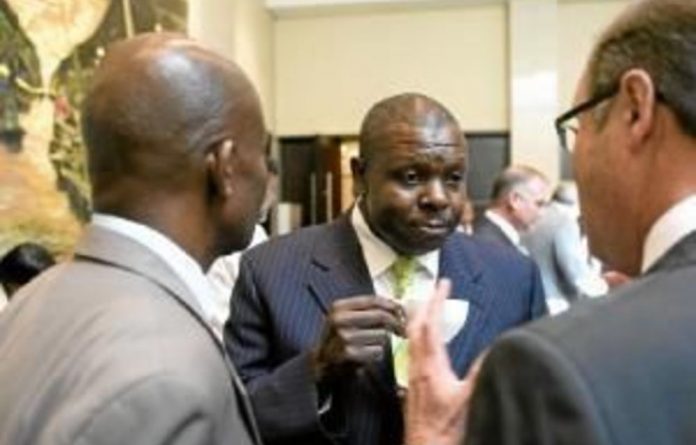 When it was reported last week that Cape Judge President John Hlophe had been arrested on the N1 near Kraaifontein in Cape Town for overloading a bakkie with bricks, retired judge Brahm Lategan was “tickled blue”.

“I’ve heard he is building a weekend place for himself on the land he bought next to my old farm,” he said this week. “I read that he had paid an admission of guilt fine of R1 000 because he had overloaded his bakkie with bricks.”

Lategan was on the Cape Bench for 20 years before retiring to Gordon’s Bay, and his friendship with Hlophe “terminated” some time ago, he said.

He had arranged for Hlophe to buy an 11-hectare piece of land next to the farm he once owned in the Windmeul area of Paarl. The farm, Domaine Brahms, now belongs to Lategan’s ex-wife, Paarl mayor and winemaker Gesie van Deventer, who is Hlophe’s neighbour.

In 2006 Hlophe told me in an interview that he was going to bottle and launch his own wine, which was going to be a “Hlophe shiraz”. The wine would be made on a neighbouring farm, Hlophe said then.

“I have attended a course in wine farming. I even have a wine certificate hanging up in my office,” he said. “However, I have not derived any income from wine-making and any suggestion I have is pure rubbish.”

By all accounts, the wine was never marketed and sold to South African wine-lovers.

This week Van Deventer would not say whether Hlophe’s wine had ever been bottled on her farm, or marketed in South Africa or abroad.

“I don’t have any of his wine on my premises at present,” she said. “I don’t know what the judge president is up to because I haven’t seen him for a long time.”

Having achieved public acclaim for her wines, Van Deventer instead suggested that the Mail & Guardian should “come out to the farm for a glass of wine”.

For years, Hlophe has had problems getting permission from the justice department to bottle and market his own wine. Tlali Tlali, the department’s spokesperson, was asked whether it had been granted but he had not answered by the time of going to press.

Hlophe is keeping mum on the matter. His attorney Barnabas Xulu said that the judge president would not answer questions from the M&G about the traffic incident or his wine venture.

The M&G has confirmed that Hlophe paid an admission of guilt fine after being detained and charged at the Kraaifontein police station for overloading his bakkie and was therefore spared the embarrassment of a court appearance in the Blue Downs magistrate’s court this week.

But there are many Capetonians who will be disappointed if the Hlophe shiraz does not see the light of day.

Three years ago popular Cape Times columnist John Scott issued a plea to then-justice minister Brigitte Mabandla to let Hlophe bottle and market his own wine. “The poor man is having enough trouble as it is without being corked by the minister,” he wrote.