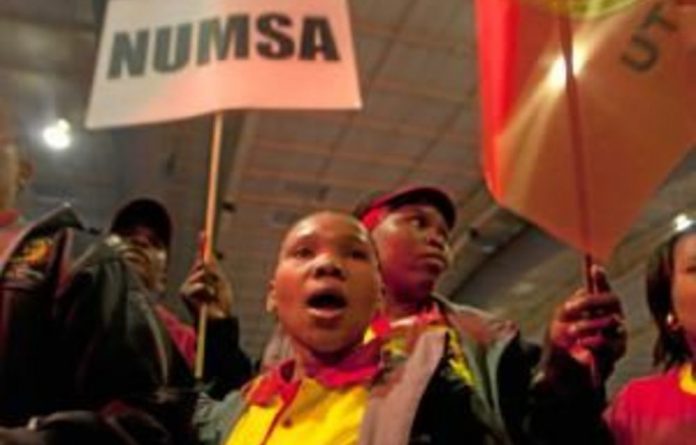 Relationships are hard work. Just ask Cosatu and the South African Communist Party (SACP). They may have kissed and made up in public but behind closed doors Cosatu’s secretariat report and discussions at the federation’s central committee meeting in Midrand show its “bromance” with the SACP is a long way from a honeymoon.

The report, presented this week to the committee, was scathing about the SACP and said the party was interested only in securing government jobs for its members.

“Provincial reports indicate that the SACP is being weakened by its deployment, in particular, of the provincial secretaries to the provincial legislatures. The provinces report of the absence of the SACP in many working-class battles. The SACP only becomes active when deployment is on the table.”

At a meeting in Gallagher Estate, the communists wanted Cosatu to reject policies such as nationalisation because it was being championed by the ANC Youth League.

“[The SACP] had an aggressive campaign wanting us to accept the national growth path [NGP] and to have us reject nationalisation and the land-reform issue as articulated by the youth league,” a Cosatu delegate from KwaZulu-Natal told the Mail & Guardian.

The two groups also differed in their approach to the SABC.

“Regrettably, all of these differences feed into a view that Cosatu and the SACP leadership no longer enjoy a very close relationship and differ on an increasing number of critical areas of transformation,” the report said.

“[Cosatu general secretary Zwel­inzima] Vavi came out against [SACP general secretary] Blade Nzimande, saying you can’t reject something on the basis of who has raised it,” the delegate said.

Nzimande has crossed swords many times with Julius Malema, the youth league leader, and Nzimande, also the higher education minister, has been under pressure from Cosatu to return to the SACP headquarters to work full-time as the general secretary. Irvin Jim, the National Union of Metalworkers (Numsa) general secretary, continues to raise the issue and delegates told the M&G that Nzimande targeted him, saying “Jim is a problem” because of this.

“Jim was the most vocal on the fact that Blade should come back to the party. He said to Blade, you can’t be moonlighting — the party is a shell now because all its leaders are in government.

“Now there are allegations that Blade is intervening in Numsa to lobby for Jim to be removed, causing divisions in Cosatu,” the delegate said. The report painted a picture of SACP disarray in Gauteng and the Eastern Cape.

“The SACP has serious challenges in the province [Gauteng] and is supposed to convene a provincial conference, which has been postponed since last year. The party is not visible and it is in the process of launching its voting district branches.”

In the Eastern Cape, SACP leaders taking up government positions or moving to the provincial legislature had paralysed the party there.

“The challenge of the SACP is that almost the entire leadership of the party is in the legislature or in government as senior managers. The party has not been able to focus on key strategic issues that relate to the socioeconomic development of the province and governance. The focus of the party has been more on ensuring that its cadres get deployed in the ANC, legislature and municipal councils,” the report said.

Recently at a bilateral meeting between Cosatu and the SACP, these differences were swept under the carpet and Nzimande and Vavi publicly presented a unified force.

The report emphasised that the relationship with the SACP was Cosatu’s “long-term political insurance of workers” and recommended throwing money at the problem.

Cosatu was currently footing the bill for the SACP’s day-to-day expenses, such as staff salaries and for administrative support, and the SACP head office was in Cosatu House in Braamfontein, Johannesburg, according to the report. “[The SACP] must rely on organised workers for material assistance and not on BEE or even white capital,” it said.

Malesela Maleka, the SACP spokesperson, said the secretariat report was drafted and finalised before the bilateral meeting. “At that meeting we had a frank discussion. We told each other what irritate us about one another. I doubt if Cosatu will now hold the same view,” he said.

Maleka said that SACP leaders were deployed to advance the political programme of the SACP and not for financial gain.