Vavi’s delicate dance with the ANCYL 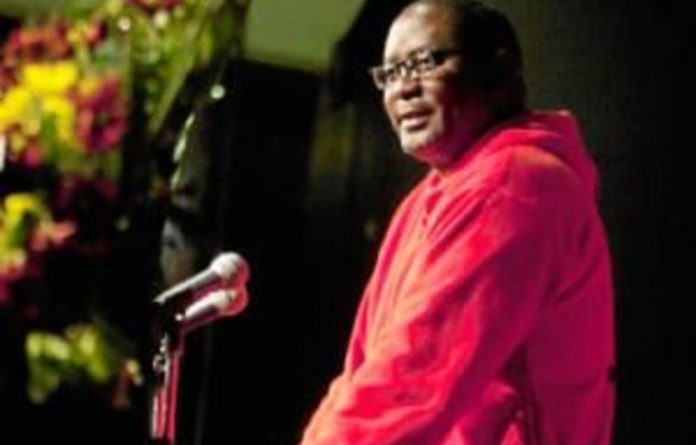 The relationship between Cosatu general secretary Zwelinzima Vavi and the ANC Youth League may play a crucial role in Vavi’s political career, delegates at this week’s central committee meeting told the Mail & Guardian.

In Vavi’s secretariat report, he reminded delegates that he was reprimanded last year by the Cosatu leadership when he announced that he would not be available for re-election as the federation’s leading official next year.

Sources close to Vavi say he is torn between the unions wanting to elect him for another term as general secretary and demands from key ANC leaders who want him to take the position of ANC chairperson. The latter is increasingly seen as a position that will be strongly contested at the ANC’s elective conference in Mangaung in December 2012.

“All Cosatu unions want him back as general secretary, but there are elements in the ANC that want him as national chairperson the comrades who are tired of the corruption and who see him as willing to cross swords with anyone,” said a Vavi sympathiser in Cosatu.

“It is all still very casual at this stage, we don’t know what will happen next year. By July 2012, we’ll have a clear idea,” he said.

Vavi and Cosatu have fostered a closer relationship with the ANC Youth League and its president Julius Malema, with the affiliation initially based on shared views on certain policies.

In Vavi’s secretariat report, presented this week to the federation’s central committee, Cosatu was less harsh than expected on the league.

“Despite the ANCYL’s political inconsistency, such as support for huge salaries and bonuses to leaders of state-owned enterprises, the youth league on many other policy questions remains our ally,” it said. “This includes its stance on labour brokering, nationalisation, rejection of the youth wage subsidy, strong support for the progressive elements of the Polokwane resolutions and the manifesto.”

The report called for Cosatu to continue to foster its relationship with the league.

More points of convergence between Cosatu and the youth league include its members being “on the receiving end of unemployment, poverty, casualisation, labour brokering and HIV/Aids, and therefore represent[ing] the most marginalised in society”, the report said.

Cosatu should be careful, the report said, of tarring all youth league members with the same brush.

“We must avoid two extremes. First, we cannot afford to paint every ANCYL leader with the same brush and label — [them as] tenderpreneurs. Second, we cannot close our eyes to the reality that some within the ANCYL are driving an opportunistic programme devoid of any principle, aimed at presenting themselves as custodians of the correct congress line.”

The report explains that although Cosatu helped to develop a paper on nationalisation, the youth league put the federation in an “awkward position” when it narrowed its focus to the mining industry.

“In spite of our advice [the league] kept a narrow focus on the nationalisation of the mines. This put Cosatu in an awkward position. We did not agree with this approach. In the process, the ANCYL opened itself to counterassault, as its position was seen to be an unprincipled attempt to use the legitimate demands of the Freedom Charter to save the precarious position of the black mining tycoons who were in trouble after the global economic recession.”

A Vavi sympathiser said Cosatu would help the league reach greater “sophistication and strategy” in its stance on nationalisation. A possible collision between the league and Cosatu on the retention of Jacob Zuma as ANC leader was also discussed.

Malema has been critical of Zuma, suggesting to many that the league wants change. The league has also made it clear it wants to replace ANC secretary general Gwede Mantashe with Sports Minister Fikile Mbalula.

Cosatu sources said the youth league was willing to compromise and give Zuma another term as ANC president partly because its leaders believe it would be difficult to unseat him, but also because of the reluctance of deputy president Kgalema Motlanthe to fight for the top job.

“[The league] is not that hard on Zuma. They make those noises about him to keep him on his toes, to show that they are watching him and to make him vulnerable. “They will let him stay,” the Cosatu insider said.

“But they are hard about Mbalula. They want him to be secretary general and they won’t budge on that.” These sentiments were also echoed privately by those involved in the Mbalula campaign.

Vavi has been careful not to be seen to support the youth league publicly. Cosatu insiders told the M&G that his line of argument in the commissions of this week’s central committee was sympathetic to the youth league’s position.

“He [Vavi] argued that not all ANCYL people are demagogues. He said this because he is aware that some delegates were prepared to reject anything associated with Julius Malema.

“The ANCYL’s first draft on nationalisation came from Cosatu and this irked the SACP. Why give the document to the youth league and not to the SACP as your vanguard?

“It’s clear that Vavi is pushing the youth-league agenda. If you look at his report, it is critical of Zuma and Mantashe. The line he is pushing is one of regime change,” said an alliance leader.

In a confidential report Nzimande prepared ahead of the central committee meeting, the SACP leader accused Cosatu of “flirting with the demagogic populist”, a reference to Malema.

Nzimande also accused Cosatu of positioning itself outside the state, as a watchdog.

“In this way, the trade union movement is positioned as a left-wing watchdog over the state, the same paradigm, but with a left emphasis, as the self-appointed role of the Democratic Alliance and the media,” he said.

It had endeared Cosatu to the media, Nzimande said. “In seeking to position Cosatu in this way, leading trade union personalities enjoy a great deal of liberal media glorification.”