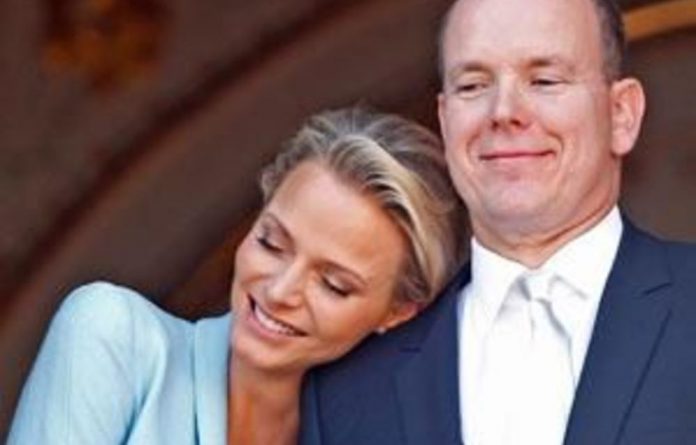 They appear to have won that bet: the enclave’s shops, restaurants and casinos were heaving with cheerful crowds on Friday night after the civil ceremony and first full day of festivities.

But not everyone was here for the same reason.

“I’ve been following the Monaco royal family for 35 years, and the other royal families for that matter. So for Mother’s Day my daughter booked me a visit,” beamed Aline Pla, a Frenchwoman in her sixties.

Pla and her husband, who run a vineyard outside the French city of Perpignan, travelled more than 380km for the show, but would probably have come further if they had to.

“The Grimaldis, like the other crowned heads of Europe, are almost part of the family,” she said. “I saw them when they were young: Albert, Stephanie, Caroline, their children. I loved watching them grew up.”

Pla can rattle off the birthdays and marriage dates of all the Grimaldi children, but most of the tourists who spoke to Agence France-Presse were far less obsessive, and some seemed to have an only passing interest in the marriage.

“It’s very nice to see the South African flags everywhere and especially to see someone from our home become a princess,” said Marcelle Graindor, visiting the chapel where fellow South African Charlene was to deposit her bouquet.

A Dutch couple, 66-year-old Ans Geelen and 68-year-old Jan, were having fun but were happy to speculate on whether the marriage would truly mark the end of Monaco’s lengthy search for an heir to 53-year-old Albert.

“We hope Charlene’s the right one!” joked Ans. “There’s 20 years between them …” worried Jan.

For others, the royal wedding was just a pretext. For them, the true star of the show was 63-year-old synthesiser king Jean-Michel Jarre, who ran through three decades of hits at Friday night’s waterfront show.

Tens of thousands of French and Italian visitors swamped the marina for the sound and light spectacular, only to head home again afterwards.

“I’d like to thank Prince Albert for inviting Jean-Michel Jarre. That proves he has good taste,” declared a 27-year-old French electrician and superfan who came 900 kilometres to see his idol crank out “Oxygene” one more time.

A group of Cypriots had come still further — but not for the wedding.

“We only heard about the wedding on Thursday, but we’re not here for that,” said 23-year-old Valentinos Pilavakis as his gang piled out of the station, street maps in hand.

“Me, what I want to see is the Grand Prix circuit! Do you know where the tunnel is?”

Others were even less clued in, and had no idea there was a wedding on at all, sometimes only finding out on arrival, and to their annoyance.

One young Korean woman trekking across town under a pitiless sun with her luggage and constantly running into crowds, security barriers and police, gasped in exasperation: “There’s a marriage? Today? Oh, a prince …”

Perhaps misunderstanding the levels of security and protocol involved in such an event, 30-year-old Chinese tourist Fei Fei Zhou was delighted to find out about the wedding: “We’re going to go and see the castle!”

But an Italian couple was less impressed.

“We were rudely turned back by the police because we were not standing where we should! But there are no signs to tell you,” snorted Giuseppe Benaglia (65) leading his wife tottering on her stilettos back to the station.