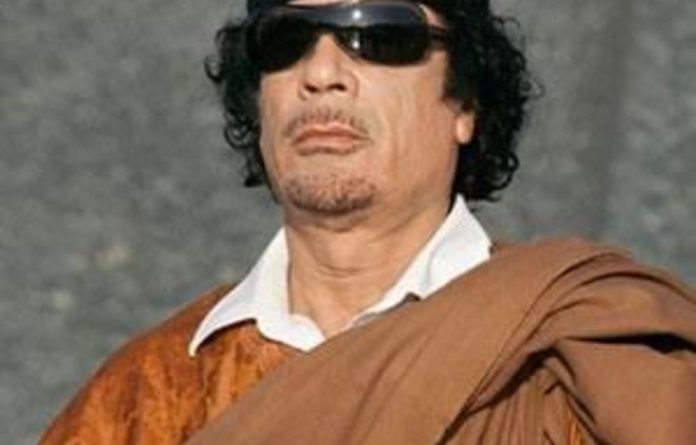 Muammar Gaddafi can live out his retirement in Libya if he surrenders all power, the country’s opposition leader has said.

Gaddafi is facing an international arrest warrant and has resisted all demands to step down, but members of his inner circle have indicated they are ready to negotiate with the rebels, including on the Libyan leader’s future.

Mustafa Abdel Jalil, who heads the rebels’ national transitional council, told Reuters: “As a peaceful solution we offered that he can resign and order his soldiers to withdraw from their barracks and positions, and then he can decide either to stay in Libya or abroad.

Speaking in the rebels’ eastern Libyan stronghold of Benghazi, Jalil, who was formerly Gaddafi’s justice minister, said he made the proposal about a month ago through the UN but had yet to receive any response from Tripoli.

He said one suggestion was that Gaddafi could spend his retirement under guard in a military barracks.

The Libyan government has repeatedly insisted that Gaddafi is a symbolic figurehead who has no involvement in the day-to-day running of the country. The regime’s spokesperson, Moussa Ibrahim, said it was willing to “set down in writing” that Gaddafi would have no political or military powers under a new constitution.

Asked if this would leave Gaddafi’s role comparable to that of the queen in the United Kingdom, Ibrahim added: “Maybe for the sake of argument, something like that.”

‘Who is more democratic, us or the rebels?’
But pressed on the latest concession by Jalil he was dismissive, saying that any such decisions should be left to the Libyan people.

“What we are doing is legally and morally and politically far more convincing,” he said. “We are saying Libyans should decide for everyone on the position of the leader. Now who is more democratic, us or the rebels?”

Gaddafi’s daughter Aisha has said her father would be prepared to cut a deal with the rebels though he would not leave the country, and his son, Saif al-Islam, said the leader would step down if that was the will of the Libyan people.

Turkey, which had close economic ties to Gaddafi before the uprising, has pledged $200-million in aid for the rebels in addition to the $100-million it announced in June.

“Public demand for reforms should be answered, Gaddafi should go and Libya shouldn’t be divided,” Turkish foreign minister Ahmet Davutoglu told Reuters in Benghazi, adding that he saw the rebel council as the “legitimate representative” of the people.

The conflict in Libya is close to deadlock, with rebels on three fronts unable to make a decisive advance towards Tripoli and growing strains inside Nato about the cost of the operation and lack of a military breakthrough. – guardian.co.uk