Mad hatter politicians and the lies they peddle 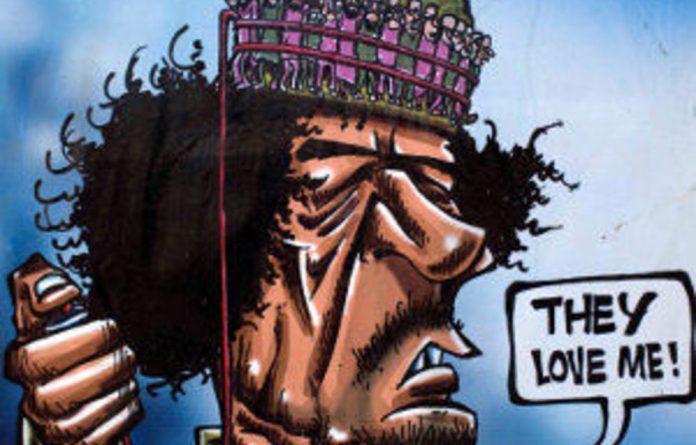 In his latest foray into the Libyan regime’s attempts to deal with the rebels at the gate, president-cum-dictator Muammar Gaddafi ‘s second eldest son Saif Gaddafi has told the media his old man is ready to talk.

Sporting an earnest beard, Saif told French television on Monday that the only reason pops wasn’t at the negotiating table himself, was that those pesky rebels had thrown every meaningful move by the government to end the conflict back in its face.

Saif also told the broadcaster that the state was ready to cease hostilities immediately — and even hold an election, but complained that Nato and its allies were using the conflict to get a leg up in the country’s oil industry.

In a mish-mash of agitation, solemn diplomacy and churlish disdain, Saif called for rebels to stop allowing themselves to be used as pawns, and to find a Libyan solution to a Libyan problem — even hinting his dad might be ready to abdicate — I mean resign.

Conspiracy theories aside — a dictatorship that has lasted for four decades being prevented from enacting democratic reforms by forces fighting for democratic reforms? A likely story. Next we’ll hear that Robert Mugabe has decided to step down, become a Franciscan monk and cashed in his pension to pay for reparations to the Matabele, for the curse that was Gakhurahundi.

Inspired by the thought of such bold duplicity, we’ve decided to take a look at some of the more choice lies peddled as truth that politicians have thrown out over the years.

George ‘Nuclear weapons’ W Bush
After trying to smoke Osama bin Laden out of the mountains in Afghanistan, baby Bush declared he’d be leading a mission to Iraq. Operation Iraqi Freedom was supposed to disarm the late Saddam Hussein of the nefarious weapons of mass destruction lurking beneath the country’s desert sand. The United Nations declared the mission illegal, but Bush powered on — aided and abetted by the ever-faithful, ever-fawning buoy wonder Tony Blair .

Weapons of mass destruction? Not so much. But what they did find was a great many oil contracts — not forgetting Saddam himself, hiding under a house. An apocryphal story popular at the time was that the mission gloried in the sobriquet “Operation Iraqi Liberation” — with its acronym providing the punchline. But there was little to laugh at when it appeared there might be more truth to the jest than anyone but the conspiracy theorists had suspected.

In the words of Dubya himself: “They misunderestimate me.”

Joseph Stalin and the Iron Curtain
When comrade Joseph Stalin fell out with the Nazis and went all allied on Hitler’s assembled hordes in 1941, it was on the understanding that he would not interfere with the sovereignty of the nations within which his armies waged their battles against the Third Reich, and the administrations to which Russia effectively gave succour after the second world war.

Fast forward a decade or so, and Stalin had not only reneged on his promise to stay out of other nations’ politics, but had begotten that lovely animal then known as the Union of Soviet Socialist Republics (USSR), conveniently hidden behind something they called the Iron Curtain.

It only took a little less than 40 years after his death to get rid of what Stalin had set in motion — but hell, at least he helped get rid of Hitler.

Thabo “No crisis” Mbeki
After year of peddling his theory of quiet diplomacy, Mbeki flew to Zimbabwe to assess the unfolding drama that was the Zimbabwean general election of 2008.

After being greeted with smiles and chuckles by Mugabe at the airport, Mbeki did a whirlwind inspection of the unfolding electoral process and declared there to be no crisis in the country.

This was, of course, in spite of the stark reality that two weeks after the actual election took place the results had still not been released, and a campaign of intimidation and detention of members of the then-opposition Movement for Democratic Change (MDC) was in full swing.

Somehow, he also missed the maimed and dead bodies piling up around the country — punished for being democratic.

Bill Clinton and Monica Lewinsky
In one of the more classic fictions on the political circuit, William Jefferson Clinton, then the president of the United States of America, swore blind that he “did not have sex with that woman”, after allegations by Lewinsky that the pair had been sexually intimate.

On national television, Clinton said Lewinsky was out for publicity. When the truth finally forced itself out into the open, Clinton faced an impeachment vote in Washington. He survived. And his wife, Hillary, forgave him. In public, at least.

But that wasn’t Bill’s first fib, after all. Who could forget his admission that he had, as a wayward youth, puffed on a marijuana joint, but that: “I didn’t inhale and never tried it again.”