Malema does not speak for poor youths 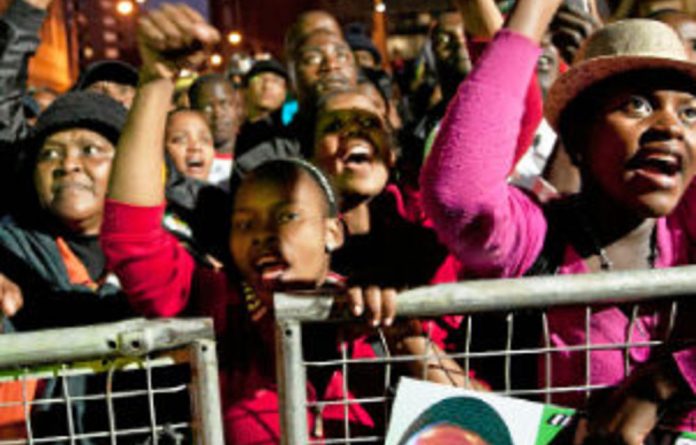 The mass movements that have raised progressive governments to power in Latin America, the global financial crisis, recent uprisings in the Arab world and the ongoing rebellion of the poor in our own country have all created more space for the left.

The days when so many people believed that there was no alternative to capitalism and imperialism are passing. Socialism is back on the agenda. It is clear to many people that we cannot continue to organise our economy around the interests of big capital, while leaving the people to suffer.

But the person who has stepped into this space most confidently is Julius Malema. Some media portray him as speaking for young people, the oppressed, the shack-dwellers and the unemployed.

First, we must appreciate his role in raising the issues of nationalisation and the land question in the face of hostility. We do need to be discussing economic alternatives and the agrarian question. Malema is right that we cannot continue on the path of the past 17 years, which has made the rich richer and the poor poorer.

But there are antagonistic contradictions in Malema’s call for nationalisation. The ANC Youth League may claim to speak in the name of the poor, but everyone knows it is not a poor people’s organisation. You will find the league getting support on Facebook from people frustrated that their jobs are not making them rich.

Where the league does have a presence in the townships, it is not properly constituted; it is just a way for a few young people to get jobs by demonstrating their loyalty to the party bosses, usually by intimidating activists and halting their meetings. The league is where a young person who wants to get a job at the local council or become a tenderpreneur goes to network to advance his class interests. We have many vibrant poor people’s organisations in this country, but the league is not one of them.

‘Predatory state’
We must not forget the tenderpreneurs plundering our resources while unemployment hovers around 40%. These tenderpreneurs are, as Zwelinzima Vavi has argued, turning the democratic state into a predatory state. Frantz Fanon is clear that if national consciousness does not turn into social consciousness, a predatory elite can capture the state and enrich itself in the name of the nation.

City Press also reported that at least three of several multimillion-rand bridges and roads built by Malema’s company in Limpopo were washed away within weeks of their completion.

Malema is like a bird that hatches eggs it did not lay. He is like the ruling class that owns and controls the means of production, which was created by workers who own nothing at the end of the day. This makes Malema a hypocrite, indulging in slogans and songs of liberation from the days of apartheid while he and his supporters try to privatise the people’s struggle to make themselves millionaires.

The real leaders of poor young ­people remain in shacks, without work, and face arrest and assault at the hands of the police. They face intimidation by the goons from the ANC Youth League. Those who agree with the status quo live in suburbs, drink Johnny Walker Blue Label, are awarded tenders and become multimillionaires. They are conformers. They have no desire to change the status quo. In fact, they are becoming the leaders of the status quo.

Demagogues are rabble-rousers who appeal to the emotions and prejudices of the population. They are dangerous. They do not allow the people to think for themselves. They cannot stand criticism and will always attack viciously whenever they are exposed. Real leaders are calm and thoughtful. Real leaders tell no lies and claim no easy victories.

Malema’s call for nationalisation is a greedy call to institutionalise corruption. He needs us to deliver political support for his predatory friends. He is riding on us, dangling a carrot in front of us while Bheki Cele whips us with a stick.

This is not socialism. The idea is to use the public purse to enrich the elite. Real socialism would mean taking over the mines and the commanding heights of the economy by the government of the working class, to be run democratically by those who produce the wealth — the workers. Production would meet the needs of society, not profit the few. Socialisation must be under the workers’ control and management.

The rebellion of the poor will continue. We will organise ourselves. We will not allow Malema and his billionaire backers to hijack our struggle to advance their own interests. We know who our leaders are — they are in the shacks and the jails of this country.

For news, multimedia and analysis on the ANC Youth League conference click here: