SA: Give the AU space to deal with Libya 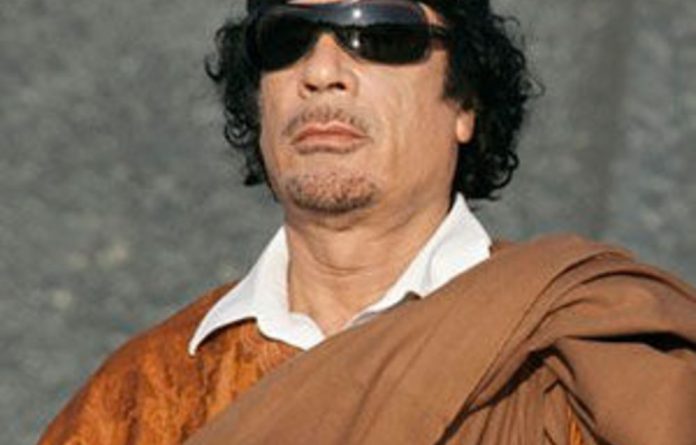 The African Union (AU) must be given “political space” to deal with the instability in Libya, International Relations and Cooperation Minister Maite Nkoana-Mashabane said on Wednesday.

“The AU is central to any solution in Libya and should therefore not be sidelined or undermined in any way,” she told journalists in Pretoria.

The International Criminal Court recently issued a warrant of arrest for Libya’s leader Muammar Gaddafi, a move which was seen as undermining AU efforts to end the country’s civil war.

Nkoana-Mashabane hoped the AU would be allowed to pursue its “road map”, which intended to bring about a peaceful settlement led by the Libyans, through its ad hoc high level committee.

Should Gaddafi and the transitional national council (TNC) agree to it, the map would result in political reforms to settle the current battle between pro-democracy and pro-Gaddafi forces. This included democratic elections.

Nkoana-Mashabane reiterated South Africa’s stance, which it had voiced at the United Nations Security Council, that a political, and not a military solution, was the only way out of the Libyan crisis.

She rejected suggestions for Gaddafi to leave the country.

“[T]he AU has no go-away calendar … We want a president to stay in their country”.

On Tuesday President Jacob Zuma returned from Russia, were he and President Dmitry Medvedev held talks on Libya. The meeting emphasised the urgent need for negotiations. They intended asking Nato to help persuade the TNC to remove some of the preconditions making it difficult for talks to start. The TNC insisted Gaddafi had to resign.

Nato has implemented a no-fly zone over Libya to restrict bombardment of civilians by Gaddafi’s forces. The South African government has been critical of Nato’s military campaign.

Nkoana-Mashabane said South Africa believed the UN should take the lead in peace efforts in Libya. She said the most important thing was to stop hostilities. Only then could the drafting of a constitution start.

Highlighting Gaddafi’s decision not to be part of AU discussions, Nkoana-Mashabane said: “He says he does not want to stand in the way of a peaceful resolution in the country.”

Nato general secretary Anders Fogh Rasmussen, in his opinion on the AU’s road map, had agreed in principle that military intervention in Libya was no solution, the minister said.

Libya still had to respond to the AU’s plan. A meeting would be held in Addis Ababa to discuss it. — Sapa