A sad state of teaching affairs 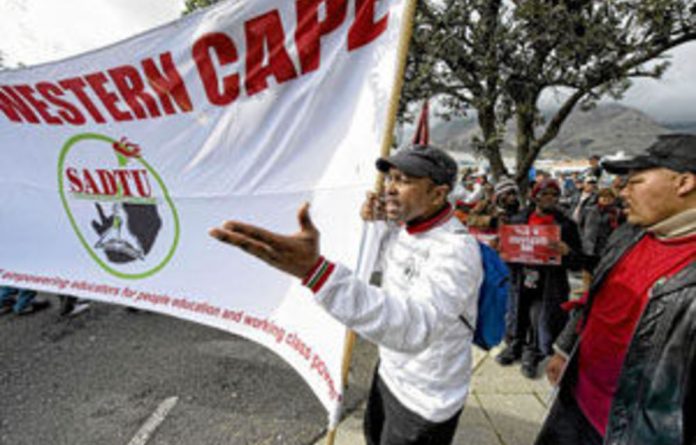 In February Minister of Basic Education Angie Motshekga said she did not believe the South African education system was in crisis but that the education of black children is. She put this down to a lack of discipline among teachers.

Schools that performed well had “discipline and focus”. But under-resourced schools could still provide pupils with a good education as long as a culture of discipline had been instilled.

A recent World Bank report said that South Africa’s poor showing in international and local testing of literacy and numeracy could be blamed to a large degree on teacher absenteeism — which is a form of “quiet corruption”, one of the bank’s economists observed.

There is strong evidence suggesting that some poorly resourced schools achieve good results because of the leadership given by principals who insist teachers come to work punctually, teach when they should teach and remain sober. But there are also reports of union opposition to school inspectors and to any other supervision of teachers.

Doesn’t the South African Democratic Teachers’ Union (Sadtu) believe that floundering teachers should be identified and helped to improve? Does it have no concern for the pupils whom the teachers are paid to teach? Does it really believe that strikes do not interfere seriously with ­teaching and learning?

I have always been an advocate of the trade union movement and believe workers’ rights must be protected. But with rights come responsibilities: Sadtu must help to ensure that teachers meet the needs of their pupils. Those who do not do so should be relieved of their duties.

The Teachers’ Upfront dialogue held in Gauteng earlier this year emphasised the low morale among teachers. Some participants argued that teachers should not be blamed for the failure of the system (“Taking teachers to heart“, Mail & Guardian, March 25).

It is true that factors such as poverty and lack of home support are plainly important, but the success of poorly resourced schools that are well run — schools in which there is discipline among scholars and teachers — underlines the deleterious effects of poorly committed, dysfunctional teachers. If they are not to blame for much of the crisis, who is?

Perhaps those who defended teachers at the Teachers’ Upfront dialogue should have invited 15-year-old Gauteng pupil Sibongile Mthiyane. Speaking at the Soweto Education Summit on April 9, she accused teachers of sending pupils to buy alcohol during school hours and of dating learners.

“How can you stand and teach me while you are dating me and expect me to focus? Of course you can’t,” she said at the summit. “There is an explosion of pregnancies at schools. Some pupils are impregnated by teachers.”

Pupils often have to beg teachers to come to class, she said. Classes do not start on time and on payday teachers leave early. Two other high-school pupils at the summit said teachers spent class time drinking tea and socialising in the staffroom. One 18-year-old boy said: “Teachers are getting paid to be in class. It is not our duty to fetch them.”

When I spoke recently to a group of schoolchildren in Port Elizabeth, a bright-eyed young grade 12 pupil asked me what could be done about teachers who did not teach on payday. I asked what had been done. The answer was that pupils had drawn up a petition but the teachers laughed and tore it up. What can one say to that?

Trevor Manuel, minister in the presidency, expressed similar concerns. “In several areas teacher unions are part of the problem, jostling for power over promotions and acting to undermine centres of excellence,” he was quoted as saying in February. “Surely it is the role of teaching unions to promote quality education, to promote time on task, to support weaker schools, to provide professional advice and counsel to poorly performing teachers and to act against those who sully the name of this profession,” he said.

The report subsequently released by Manuel’s National Planning Commission made similar points. It is true that a lack of resources does not help. Why are there schools without desks at the beginning of the year? Why are there no books? What causes these serious delays? Why do school-feeding schemes collapse? Do the answers lie in incompetence? In tender irregularities? In corruption?

For instance, the recent court action over mud schools in the Eastern Cape highlighted the fact that government had allocated R8.2-billion to replace such schools — of which R6.2-billion was for the Eastern Cape alone. Yet for years we have heard unfulfilled promises to address mud schools. What explains such delays? Are they symptomatic of a dysfunctional system?

Question: “In October last year schools in a number of provinces were still waiting for textbooks they should have received in January. How do you explain that?
Soobrayan: “No, no, that is very hard to explain …”

Question: “[But] there are boxes of workbooks lying around which the principals can’t be bothered to open?”
Soobrayan: “We’ve picked that up as a problem. Not only with workbooks but with other ­support material.”

Question: “What does that say about the commitment of principals?”
Soobrayan: “It says we’ve got management challenges, professional challenges. We need to move further in training professionalism and accountability and so on.”

The crisis in the schooling of black pupils is not down to a lack of funds: as I argued last week in the first of this series, South Africa’s budget provision for education is healthy.

The problem is that the doors of learning are open but the poor schooling offered to so many, compounded by the low expectations resulting from some 30% pass marks in matric (as I discussed last week), means that the opening of the doors is all that has happened for many of our young people.

According to the South African Development Index for 2011, the unemployment rate in the country is 25.3% but for the youth it is 51.3%. This is partly because of our failure to educate our ­children adequately. There is a passion for learning in South Africa and we owe it to young people to give them a fair deal.

Service delivery, in education as in other spheres of government, needs to be secured and real steps taken to stop the siphoning off of funds, corruption and rank incompetence. We owe that to the children of South Africa.

Dr Stuart Saunders was vice-chancellor of the University of Cape Town from 1981 to 1996. This is the second in a three-part series that originates in his recent address to the UCT Leadership Alumni Forum. Part one was published last week and can be found online at http://mg.co.za/saunders

The closed doors of academe

In a worse state than we think