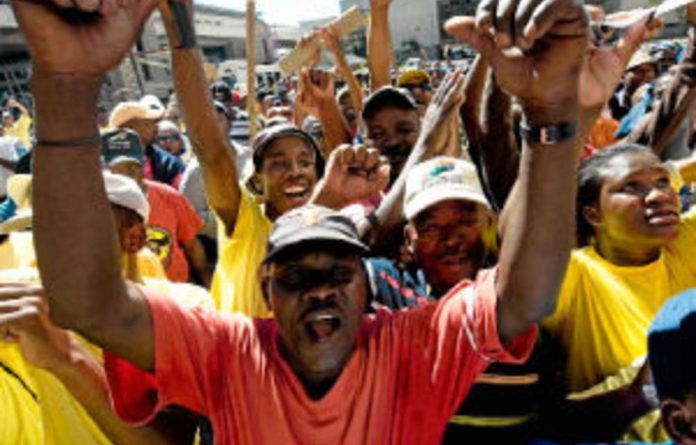 Almost every municipality in South Africa is corrupt and the growing lack of transparency and accountability in local government is creating networks for graft to survive and thrive.

That’s the message from the South African Municipal Workers’ Union (Samwu), which warned this week that it plans to strike because nothing is being done about institutional failure and the victimisation of whistle-blowers in municipalities.

“Workers are fed up with the way local governments are conducting themselves,” said Tahir Sema, Samwu’s national spokesperson. “Nationally we are sitting with a big problem with regard to corruption and maladministration. There is a cancer of corruption in every municipality and it is escalating.”

Sema said that Samwu had received the highest number of reports of maladministration, corruption and intimidation of members from Limpopo and Mpu­ma­langa. “Here we see senior officials and politicians dipping into public funds, tenders that don’t follow procedures, the payment of staff members who are family and friends at higher rates than provided for by official pay scales and other fraud. When our members try to do something about it they are fired — or worse.”

The union said the government’s turnaround strategy on local government was doomed to failure and the union would present its own remedial strategy that called for, among other things, Sicelo Shiceka, the co-operative governance and traditional affairs minister, to be sacked.

He is under investigation by the Public Protector for misusing millions of rands of government funds and has been on extended sick leave.

Samwu would also call for provincial government structures to be scrapped and absorbed into local government “so that municipalities can be strengthened”, Sema said.

Last week, Terrence Nombembe, the auditor general, released a damning report on municipalities, which showed that of 283 metros, district municipalities and local municipalities audited, just seven had received a clean bill of health.

Sema said the lack of proper systems and financial reporting could mean that the situation on the ground was even worse than reported. “It is difficult, if not impossible, to get a clear picture of the finances of municipalities,” he said.

Accountability was crucial to counter financial anarchy in some municipalities. He said: “We need to have a situation in which there is a complete lack of tolerance for an entrenched culture where people continue to drive chaos so that they can hide information for their own benefit.”

He said that 20% of municipalities had cleaned up their act before the audit but he expected disorder to return in these cases.

“In those municipalities that specifically cleaned up records with the help of the audit, the improvement will not be sustained,” Nombembe said. “If you go back tomorrow you will not find a situation where the audit is clean. There is no system of checks and balances.”

Samwu threatened to go on strike before the local government elections but at a meeting with the ANC’s top five officials it was persuaded to hold back. Sema complained that since the poll the government had made no move to fix the problems.

Vuyelwa Vika, the spokesperson for the ministry of co-operative governance and traditional affairs, said the department’s leadership had no knowledge of Samwu’s allegations. She said Samwu and the department had “met several times and discussed a range of issues regarding the local government sector and none of these allegations has been presented or discussed”.

Vika said that one of the pillars of the local government turnaround strategy was Operation Clean Audit 2014, whose purpose was to achieve clean audits by that year. The department had established provincial co-ordinating committees to support municipalities with financial management and aimed to increase the number of municipal public accounts committees.

The department had also established an inspectorate to fight fraud and corruption, and was discussing the possibility of appointing a chartered accountant to all municipalities.