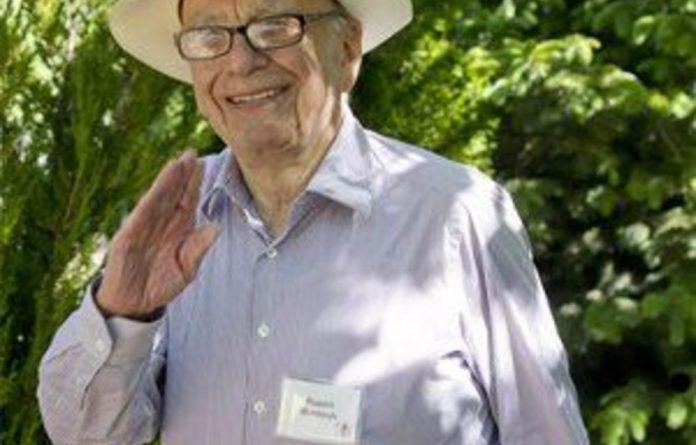 Rupert Murdoch flies to London on Saturday to deal with the escalating phone-hacking crisis engulfing his British newspapers business, according to two people familiar with his plans.

The arrival of the 80-year-old News Corp chief executive follows the shock announcement on Thursday that he is shutting down the News of the World, the 168-year-old best-selling Sunday tabloid newspaper at the centre of the scandal.

British police on Friday arrested Andy Coulson, the former spokesperson for Prime Minister David Cameron, who had resigned as News of the World editor in 2007 after one of his reporters and a private investigator were convicted of hacking into the phones of aides to the royal family. Coulson has said he knew nothing about the phone hacking.

After years of allegations about hacking the voicemail of celebrities and politicians in search of stories, the scandal reached a tipping point earlier this week when it was alleged that in 2002 the paper had listened to the voicemail of Milly Dowler, a missing schoolgirl who was later found murdered, and even deleted some of her messages to make way for more.

That claim, and allegations that a growing list of victims included Britain’s war dead and the families of those killed in the 2005 London transport bombings, outraged readers and caused many brands to pull advertising from the title.

Murdoch, who began his British media arm in the 1960s, will be keen to save News Corp’s bid to buy the 61% of broadcaster BSkyB , which it does not already own.

Analysts and investors said the deal could be jeopardised if British regulators impose tougher rules in response to new concerns around News Corp’s dominance in British media.

Murdoch, who had spent most of the week at a conference in Sun Valley, Idaho, has kept a low-profile since the scandal erupted. On Thursday, he refused to answer journalists’ questions on the matter referring them to a Wednesday statement in support of News International chief Rebekah Brooks.

Coulson’s arrest by police on suspicion of conspiring in the illegal practice forced the British prime minister to defend his judgment while promising new controls on the British press.

In a sign of how the scandal could escalate further, the Guardian newspaper reported on its website that police were investigating evidence an executive at News International may have deleted millions of emails from an internal archive in an apparent attempt to obstruct investigations.

A spokesperson for News International, Murdoch’s British media arm, said the allegation was “rubbish”. She said: “We are cooperating actively with police and have not destroyed evidence.”

Cameron said he took “full responsibility” for his decision to appoint Coulson, who quit the prime minister’s team in January when police reopened inquiries.

“Murder victims, terrorist victims, families who have lost loved ones in war … That these people could have had their phones hacked into in order to generate stories for a newspaper is simply disgusting,” he said.

Cameron said only a new system of media regulation and a full public inquiry into what went wrong over a decade at News of the World and beyond would meet public demand.

In another indication of spreading fallout, police said they had arrested a 63-year-old man in Surrey, southern England, over allegations of inappropriate payments to police. A police spokesperson said the man was not a serving policeman.

News of the World and other newspapers have been accused of paying the police for information.

Police also raided another tabloid, the Daily Star, earlier on Friday over allegations of phone hacking.

Cameron said politicians of all parties had been in thrall to press barons for decades. He indicated a new assertiveness toward the Murdoch empire by withholding overt endorsement of News Corp’s bid for BSkyB.

Shares in the pay-TV chain fell 7.6% after the media ministry also said it would take events at the News of the World into account before giving its approval to the takeover. News Corp shares in New York lost about 4%.

Cameron’s opponents on the left want to block the $22-billion bid on the grounds it would give Murdoch too much political clout.

Cameron also criticised Brooks, his friend and neighbour who was Coulson’s predecessor as editor and is now a top executive and confidante of Murdoch. She should have resigned, he said, after closing down the newspaper at a cost of 200 jobs.

‘Toxic’ brand
Journalists putting together the final edition of the News of the World for Sunday had an emotional, sometimes angry, meeting with Brooks, who told them, according to a staffer who was present, that the title had become “toxic”.

But the 43-year-old, whose mane of red hair, sharp wit and seemingly charmed relationship with Murdoch have long made her an object of fascination for fellow tabloid journalists, made clear she was staying on to manage News International.

Brooks denied the company, which many assume will fill the gap left by the News of the World by extending publication of its Sun daily to Sundays, was combining a cost-saving measure with a bid to remove a threat to its expansion in television.

She has denied knowing that journalists on the paper were hacking the voicemails of possibly thousands of people. But she has become the focus of anger among the News of the World staff sacked by Murdoch’s son James with little ceremony.

There was “seething anger” and “pure hatred” directed towards her, one reporter said: “We think they’re closing down a whole newspaper just to protect one woman’s job.”

Alan Rusbridger, editor of the left-leaning Guardian which has campaigned to expose more of the scandal, told Reuters Cameron could be faulted on Coulson: “I just wonder what vetting process was done. I think it shows extremely poor judgment,” he said.

Nonetheless, with probably nearly four years until a parliamentary election, the pain for Cameron may be limited.

“It will damage him, but it won’t sink him,” said Tim Bale, professor of politics at the University of Sussex.

Critics doubted Coulson’s assertions that he, as News of the World editor from 2003, had known nothing of the hacking, for which the paper’s royal correspondent Clive Goodman and a private detective were jailed in 2007.

“I thought we had a prime minister today who showed he doesn’t get it. He doesn’t get it over BSkyB,” said Ed Miliband, the opposition Labour party leader who wants the bid blocked.

The police also face tough questions over why an initial investigation into phone hacking was closed after Goodman was jailed. Detectives are also now looking into payments, in the tens of thousands of pounds, by journalists to police.

Coulson was bailed until October after nine hours at a London police station. Asked if he was being made a scapegoat for the scandal, he told reporters: “I can’t say any more at this stage. There’s a lot I’d like to say, but I can’t.”

Goodman was re-arrested on Friday to answer questions about alleged payments to police officers. Several other journalists have been arrested in recent weeks as police pursue inquiries. – Reuters