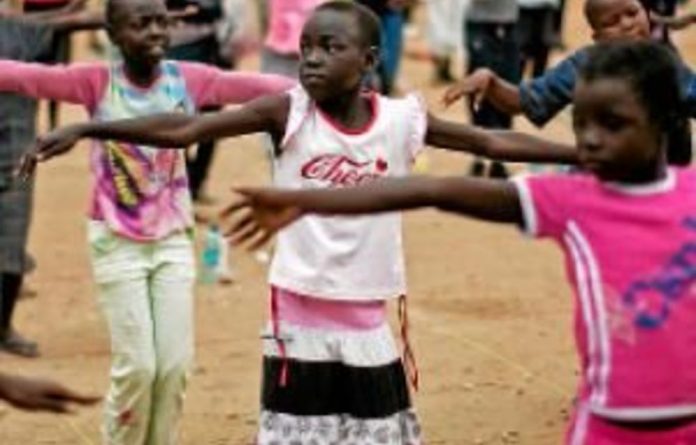 President Jacob Zuma on Friday praised the role his predecessor Thabo Mbeki played in bringing an end to conflict in Sudan.

“President Mbeki is a man of integrity and enormous experience,” Zuma was quoted saying in a statement, issued during his visit to Sudan to attend festivities marking the birth of South Sudan.

“He was part of the leadership that brought about change in South Africa, which will enable him to assist the people of the Sudan even further to find solutions.”

Zuma began his visit in Khartoum on Friday evening, to express South Africa’s support to the north and to strengthen bilateral relations.

South Sudan earned independence at 12.01am on Saturday. It was the outcome of a vote for independence in January, guaranteed in a 2005 peace deal which ended the most recent north-south war.

Zuma would be in Juba on Saturday for festivities celebrating the birth of the world’s newest nation.

UN votes for South Sudan peacekeeping force
Meanwhile, The UN Security Council voted on Friday to establish a force of up to 7 000 peacekeepers for poor, conflict-ravaged but oil-producing South Sudan.

The new mission, called UNMISS, calls for up to 7 000 UN peacekeepers and an additional 900 civilian police for South Sudan.

“This is a strong signal of support to the new South Sudan,” Germany’s UN ambassador Peter Wittig told reporters.

Wittig, who is UN Security Council president for July, said the significant size of the new mission was a “substantial contribution to the security challenges facing South Sudan”.

But Khartoum has made clear it is against a continuing UN peacekeeping presence. That has raised concerns about what will happen to places such as northern border state South Kordofan — where the army is fighting armed groups allied to the south — when the UN’s UNMIS mandate ends on Saturday.

The UNMIS mission, which monitors compliance with the 2005 north-south peace deal, only had a mandate to run until the south’s secession.

Security Council members are working on a draft resolution to wind down UNMIS, a UN diplomat said late on Friday.

The draft resolution calls for UNMIS to make the necessary arrangements to withdraw but also calls for UN chief Ban Ki-moon to consult with the parties and the African Union on options for UN support for South Kordofan and Blue Nile states, the diplomat said.

The draft resolution also says that it is willing to continue UN operations with the consent of the parties until new security arrangements are in place, the diplomat said.

Some delegations are keen to adopt the resolution as soon as possible, potentially over the weekend, the diplomat said.

Ban said a week ago that unless decided otherwise, UN peacekeepers will have to cease operations in the Southern Kordofan region on July 9.

The “liquidation” of UNMIS will start on Sunday, UN’s special envoy to Sudan, Haile Menkerios, said on Thursday.

About 3 000 peacekeepers will start packing up their duffel bags in preparation to depart, tents will be taken down and security equipment will be collected.

Most of those troops are in South Kordofan, Blue Nile and Abyei, while a few are in Khartoum, Bonnardeaux said.

Fighting broke out between the northern military and fighters associated with the south’s dominant political force, the Sudan People’s Liberation Movement (SPLM), in Southern Kordofan on June 5, stoking tensions ahead of the split.

Members of the north’s ruling National Congress Party (NCP) and the northern branch of the SPLM agreed in late June to take steps regarding security arrangements there.

Ahead of the split, there were calls to keep a UN peacekeeping presence in volatile areas in order to protect civilians.

“I have urged the Government of Sudan for technical and practical reasons for an extension of the mandate of the United Nations in Sudan, at least until the situation [in Southern Kordofan] calms down. We can not afford to have any gaps,” Ban told journalists at Sudan’s foreign ministry in Khartoum.

Susan Rice, the US ambassador to the UN, said in a speech on Thursday that the US was “extremely concerned by the government’s decision to compel the departure of the UN mission in Sudan from Southern Kordofan and Blue Nile states and elsewhere in the North”.

New mission
Leading the helm of South Sudan’s UNMISS is Norwegian diplomat Hilde Johnson, who was most recently deputy director of the UN children’s foundation Unicef and is also author of a new book on Sudan, the UN announced on Friday.

The mandate to establish peacekeeping forces in South Sudan calls for reviews after three and six months to see whether conditions on the ground allow for a reduction of peacekeepers to 6 000.

A number of aid agencies have called on the United Nations to increase the number of troops to be deployed to South Sudan. Oxfam has argued that the country has little capacity to protect its own population despite its commitment to do so.

However, several countries have been challenging the UN Secretariat to produce evidence that as many as 7 000 troops are still needed, a Western diplomat said on Wednesday.

About 7 000 troops are already in South Sudan but working under the UNMIS mandate.

The UN has its biggest peacekeeping mandate in Darfur where, together with the African Union, it has a mandate for 20 000 troops.

It is also deploying 4 200 Ethiopian troops in Abyei for a six-month period under a mission called UNISFA. – Sapa, Reuters

The pattern is now well established: crisis, intervention, promises by the Zanu-PF regime to behave, and then relapse after a decent interval to the sort of behaviour that prompted the latest crisis in the first place.
Read more
Analysis

Coronavirus: What lies ahead?

This debt should be deemed a subsidy, an external cost that the government must bear for inadequate service delivery.
Read more
Advertising
Continue to the category
Politics