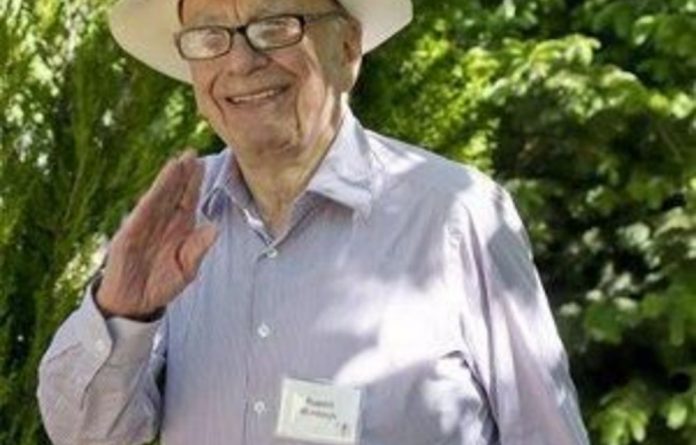 The final edition of the newspaper engulfed in a phone-hacking scandal was published on Sunday as Rupert Murdoch headed to London to try to save the bigger prize of his takeover of the British broadcaster BSkyB .

Best known for its lurid headlines exposing the misdemeanours of the rich, royal and famous, the last News of the World said simply “Thank You & Goodbye” over a montage of some of its most celebrated splashes over the past 168 years.

“This is not where we wanted to be and it’s not where we deserve to be, but as a final tribute to 7.5-million readers, this is for you and for the staff, thank you,” editor Colin Myler told the media scrum outside its East London offices.

The scandal has raised questions about relations between politicians, including Prime Minister David Cameron — who hired a former editor of the paper as his spin doctor — and media barons such as News Corp chairperson and chief executive Murdoch (80).

It has also brought to light accusations that journalists working for Murdoch and others illegally paid police for information.

Cameron’s opponents have scented an opportunity in their efforts to block Murdoch’s $14-billion bid for the 61% of the profitable pay-TV operator BSkyB that News Corp, the world’s largest news conglomerate, does not already own.

Previously, those looking at whether Murdoch should get the go-ahead have focused on whether it would give him too much power over Britain’s media. News Corp also owns two dailies and one other Sunday paper.

But allegations that senior editors were involved in illegally accessing thousands of voicemail messages and paying police for information to get scoops have now prompted the regulator Ofcom to say it will consider whether News Corp directors are “fit and proper” persons to run BSkyB.

Accusations that the eavesdropping stretched to missing children, relatives of those killed in the 2005 attacks on London’s transport network and families of soldiers killed in action have triggered a huge public outcry.

The government has received more than 135 000 public complaints against the deal.

‘Let down’
Murdoch, who made the News of the World his first British newspaper acquisition in 1969, told Reuters he expected to leave for London on Saturday afternoon or Sunday and was not planning any management changes as a result of the crisis.

“We’ve been let down by people that we trusted, with the result the paper let down its readers,” the News Corp chief executive said as he left a media conference in Idaho. He earlier said closing the paper was a “collective decision”.

Neither Cameron’s office nor the Department for Culture, Media and Sport plan to speak to him during the visit, spokespersons said. Police declined to comment on whether they would try to speak to him.

Cameron indicated a new assertiveness toward the Murdoch empire by withholding overt endorsement of News Corp’s bid for BSkyB on Friday.

The prime minister’s close links with those at the heart of the scandal mean he too has been damaged by it but analysts say that, with probably nearly four years until a parliamentary election, he is unlikely to be sunk by it.

Cameron, a friend of former News of the World editor Rebekah Brooks, joined calls for her to step down as chief executive of News Corp’s News International arm at a news conference on Friday where he admitted politicians had been in thrall to media for years, and ordered a public inquiry.

British police on Friday arrested Andy Coulson, the former spokesperson for Cameron who had resigned as News of the World editor in 2007 after one of his reporters and a private investigator were convicted of hacking the phones of aides to the royal family. Coulson has also said he knew nothing about the phone hacking.

Brooks indicated in comments to News of the World staff on Friday that more revelations may emerge, a day after telling them the paper had become “toxic” and would be shut.

‘Hacking was standard practice’
A senior police officer told the Sunday Telegraph that voicemail hacking had been “standard practice” at the News of the World and that its executives had failed to cooperate fully with police during an investigation in 2005/06.

He said the new investigation had been prompted by “material that was completely available to them in 2005-06”.

The paper said Brooks would be questioned by police in the coming days, citing a senior News International source. Police declined to comment.

The Sunday Times said at least nine journalists and three police officers were facing jail in connection with the hacking scandal and quoted senior police officers as saying it was likely there would be further arrests soon.

Murdoch said on Saturday that Brooks, who was editor of the News of the World at a time when many of the alleged hacking incidents were taking place, had his “total” support. She denies knowing of the practice during her watch.

“I’m not throwing innocent people under the bus,” Murdoch said.

Asked if he planned any management changes, for example in the responsibilities of his son and heir apparent James, he said “No”. “Nothing’s changed,” he told reporters.

About 200 people at the News of the World are losing their jobs.

The Guardian said on Saturday police were investigating evidence that a News International executive may have deleted millions of emails from an internal archive in an attempt to hamper investigations.

The News International spokesperson said the allegation was “rubbish”, adding: “We are cooperating actively with police and have not destroyed evidence.”

Cameron fleshed out on Sunday how inquiries into the scandal, announced on Friday, would work.

The first, a judge-led inquiry to be held in public, will cover phone hacking and criminal activity and look at the way the police investigated allegations against the News of the World, and the relationship between newspapers and the police.

The second inquiry will be asked to recommend a new framework for press regulation.

Reporters, editors and production staff walked out of the News of the World‘s offices for the last time en masse on Saturday night and lined up before the world’s cameras waiting to capture a piece of media history.

“The world’s greatest newspaper 1843-2011” ran a strapline. The paper ran a 48-page pull-out featuring some of its most memorable front pages. The only adverts were for charities. – Reuters