UK cops claim sabotage in News of the World probe 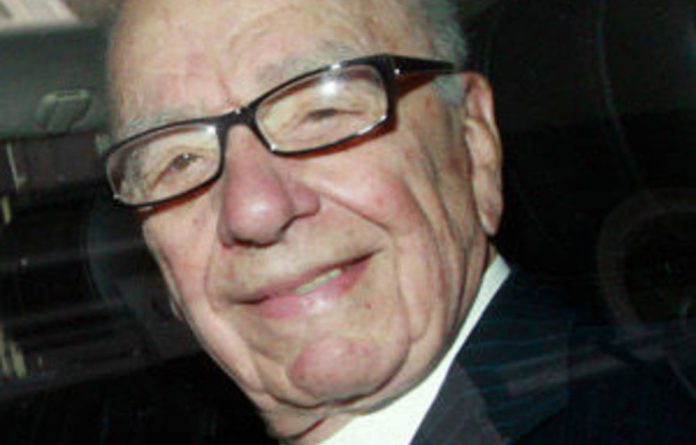 British police said on Monday they believe someone is trying to sabotage their investigation into Rupert Murdoch’s News of The World tabloid by leaking distracting details of the inquiry to the media.

In an unusual statement, Scotland Yard said a story claiming that police tasked with protecting the royal family had sold personal details about the queen and her closest aides was “part of a deliberate campaign to undermine the investigation into the alleged payments by corrupt journalists to corrupt police officers and divert attention from elsewhere”.

The British press has been furiously reporting allegations that journalists at the News of the World tabloid hacked into phones of young murder victims, families of dead servicemen and terrorism victims.

The widening scandal has prompted Murdoch’s News International to close the tabloid, and has since spread to take in allegations that reporters gave officers bribes for tips and other information.

On Monday afternoon London’s Evening Standard newspaper and others claimed that bosses at News Corp, News International’s parent company, had discovered a series of e-mails indicating that employees had been making payments to members of Scotland Yard’s royal and diplomatic protection squad in return for personal details about the monarch and her entourage.

The Evening Standard cited “sources” without saying who the sources were or how they would be in a position to know.

Buckingham Palace has also declined to be drawn on any of the reports.

Sabotage
Scotland Yard has declined to specifically address the claims, but in a statement directly referencing the Standard‘s story they said that they were “extremely concerned and disappointed that the continuous release of selected information — that is only known by a small number of people –could have a significant impact on the corruption investigation”.

So who does Scotland Yard accuse of trying to derail its inquiry?

Police have refused to say — although they named News International and its legal representatives as other parties to its information.

Deputy Prime Minister Nick Clegg emerged from a meeting with the family of Milly Dowler, the murdered schoolgirl whose phone was allegedly hacked by the News of The World‘s reporters, to deliver a harsh message to Murdoch. Clegg urge him to do the “decent and sensible thing” and backtrack on his power play.

“I would simply say to him, ‘look how people feel about this, look how the country has reacted with revulsion to the revelations,” said Clegg, the leader of the Liberal Democrats.

Britain had become accustomed to accounts of the News of the World eavesdropping on royals and celebrities, but revelations that it broke into the cellphone of Dowler, the teenage murder victim — even as her family and police were frantically searching for her — set of a torrent of horror and disbelief.

The fallout could just be beginning.

No News Corp is good news?
For now, the News Corp chief appears focused on scrambling to prevent his controversial $19-billion bid for BSkyB from becoming a casualty of the scandal. But questions are mounting about his future and that of his sprawling business empire, amid a wave of global outrage.

Clegg’s condemnation of Murdoch — coming as it did even as Prime Minister David Cameron holds his fire — has generated speculation about the health of the Conservatives’ coalition with the Liberal Democrats, which was already on shaky footing.

The criminal activities at Murdoch’s now shuttered tabloid have given his many adversaries an opening amid signs that the government is leery of its once close ties to Murdoch, who has substantial newspaper, television, film and book publishing interests in Britain, the United States, Australia and other countries.

Murdoch got more bad news on Monday when Culture Secretary Jeremy Hunt, who had given preliminary approval to the BSkyB bid, announced plans to ask the communications regulator, Ofcom, whether it would indeed be “fit and proper” for News Corp to hold a broadcasting license.

He raised questions about whether the phone hacking charges undermine Murdoch’s bid for the satellite broadcaster.

“These allegations are stomach-churning and everyone is shaken.” Hunt said. “New information has come out in the last week. Things have changed in the last week, and these things have shocked everyone.” He said Britain’s long tradition of quality journalism is under threat.

If Ofcom decides Murdoch is not fit, a license would be denied. The uncertainty sent BSkyB shares sharply lower on Monday. — Sapa-AP

With many readers coming to news sites from social media links, they may not pay attention to the subtle clues that mark a story published by the opinion staff
Read more
National