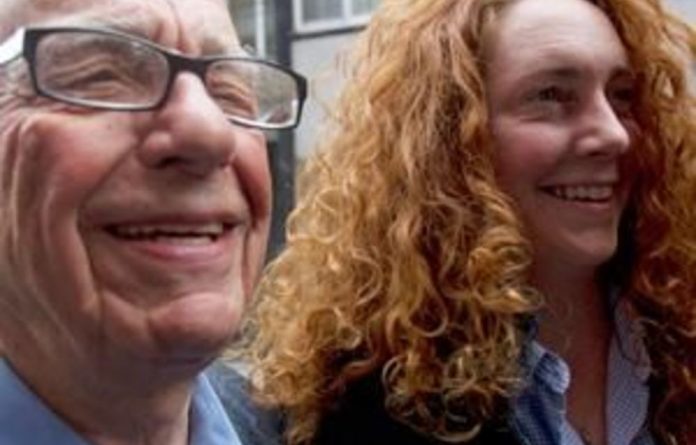 With the firestorm spreading to the United States where an Federal Bureau of Investigation (FBI) probe is underway, her departure comes as a fresh blow to Murdoch after he was forced to shut the News of the World tabloid and scrap a buy-out of pay-TV giant BSkyB.

The flame-haired 43-year-old Brooks, a former editor at the News of the World dubbed Murdoch’s “fifth daughter”, told staff in an internal email that she felt a “deep sense of responsibility for the people we have hurt”.

“I have given Rupert and James Murdoch my resignation. While it has been a subject of discussion, this time my resignation has been accepted,” wrote Brooks, whose offer to resign last week was rejected by Murdoch.

She said her “desire to remain on the bridge has made me a focal point of the debate. This is now detracting attention from all our honest endeavours to fix the problems of the past.”

Prime Minister David Cameron, whose own friendship with Brooks has added to questions in Britain about the links of politicians to Murdoch’s empire, “thinks it is the right decision”, a Downing Street spokesperson said.

Protecting his interests
Australian-born Murdoch’s son and heir apparent, James Murdoch, announced that News International would now run advertisements in all British newspapers to “apologise to the nation for what has happened”.

Murdoch’s closure of the 168-year-old News of the World amid allegations it hacked the phone of a murdered schoolgirl and others was seen by many observers as an attempt to save Brooks — if only as a firewall to protect his son.

That was reinforced on Sunday when, having been asked to name his priority, he pointed to Brooks and said “This one.”

The twice-married Brooks denied all knowledge of hacking during her time as editor of Britain’s biggest selling Sunday newspaper from 2000 to 2003.

Her resignation ends a meteoric rise, having started as a secretary at the News of World at the age of 20. She went on to edit the Sun, the country’s most popular paper, until 2009.

In the United States, the FBI announced that News Corp employees may have targeted the phone records of victims of the September 11 attacks.

“We are aware of the allegations and we are looking into it,” a spokesperson from the FBI’s New York office said.

‘Total lies’
The FBI inquiries are preliminary in nature and do not constitute a formal investigation but US Attorney-General Eric Holder said on Friday that his office was reviewing requests from congressmen for a probe into News Corp.

“There have been serious allegations raised in that regard in Great Britain and there is an ongoing investigation there,” Holder told reporters in Sydney, where he is attending a meeting of justice officials.

But in an interview with his flagship US newspaper, the Wall Street Journal, Murdoch insisted the crisis was being handled “extremely well in every way possible” and angrily denounced criticism made by British lawmakers as “lies”.

Murdoch also said an independent committee led by a “distinguished non-employee” would probe every charge of misconduct made against News Corp.

Murdoch and his son James, the chairperson of News International and deputy chief operating officer of News Corp, had both initially resisted being called before a committee of British lawmakers.

But Murdoch told the Journal he wanted to address “some of the things that have been said in Parliament, some of which are total lies”. He, James Murdoch and Brooks will all face the committee on Tuesday.

Nine people have been arrested over the scandal so far. The latest was Neil Wallis, a former deputy editor of the News of the World and one-time editor of another tabloid, the Sunday Mirror.

Wallis (60) had been deputy to Andy Coulson who later went on to become the communications chief to Britain’s Prime Minister Cameron.

As well as embarrassing Cameron, the scandal has also embroiled the police with the revelation that Wallis had been hired by Scotland Yard Chief Paul Stephenson, prompting calls on Friday for the commissioner to quit. — AFP