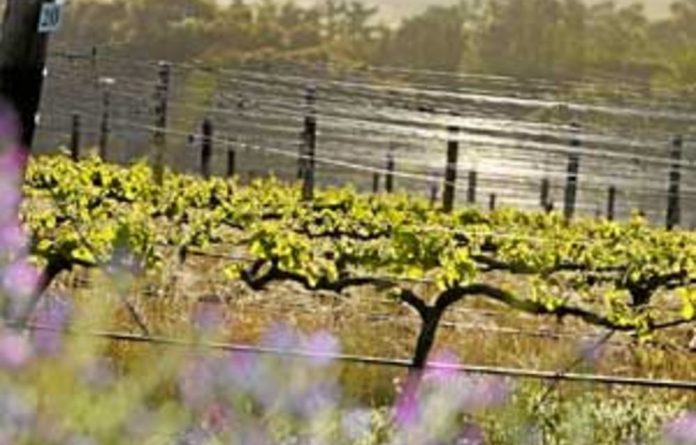 So much of the history of European settlement and conquest in Southern Africa is about the search for others to do the hard work. The “servant question” was clear enough in my own suburban white upbringing, but for some reason its real historical pervasiveness only hit me when I learned (much later — certainly not at school) just how many black servants were taken along on the Great Trekkers’ quest for freedom.

It’s always salutary to be reminded how often freedom for some is predicated on servitude for others. This book, which is substantially a social history of farmworkers associated with the wine and table-grape industries, is forthright about their sufferings.

The search for labour other than the indentured servants of the Dutch East India Company began very early at the Cape, as did the wine industry. By 1659, when the Cape’s first wine was pressed, imported slaves outnumbered the total number of soldiers, company officials and burghers and their numbers would grow until the whole sorry business was ended formally in 1834 and replaced by laws and practices scarcely less harsh. In the early 19th century, owners of wine farms each possessed, on average, 16 slaves.

Sombre accounts of exploitation and hardship
Yoking the indigenous Khoisan into the labour force took longer but the process was inexorable as the settlement expanded. Equally inexorable, though based on more attractive human urgings and on power, was the miscegenation that produced the coloured people, still the workforce of the wine industry. Wilmot James and Jakes Gerwel “reviewed, guided and advised” Jeanne Viall in her research and writing. Wilmot explained that he had long wanted to “write the story of so-called coloured people, without actually writing about ‘coloureds’?”.

This is the result and the book is less the easy-going and even celebratory stories implied in its clumsily formulated subtitle than a mostly sombre account of exploitation and hardship. So it should be; there is a real need for more counterweight to the wine industry’s tendency to silence on its origins in slavery and on the harsh conditions prevailing for many of its participants.

Viall tries to find the positive side, despite early suggestions that the wine industry is a misconceived project in terms of economic rationality and despite the social problems it has specifically engendered — a recurrent theme is that “shadow of the vine, the dop system,” and the misery of endemic alcoholism it helped originate. Aside from human resilience, there is, frankly, little positive to point to, even if you peer hopefully beyond the structures of power to find that “there are good farmers and bad farmers”.

There are indeed some heroes and, rightly, the works of hope at the Solms-Delta estate in Franschhoek receive most attention here. The book says little about BEE in the wine industry — just as well, perhaps, as the industry’s efforts are on the whole dispiriting and its transformation charter offers a racial discourse largely pivoting on the idea of change away from winery labourers and grape-pickers to owners of lands and brands.

Tedious details
A problem of the book’s undeclared real theme is a lack of focus. The “coloured history” idea allows, for example, accounts of the flower-sellers of Strawberry Lane and the establishment of the little town of Pniel, which are interesting and characteristically well researched but of little relevance to vineyards. “By the way” interpolations are frequent. Grape is more dense than fat but certainly a slimmer book is trying to emerge. A sharp, ruthless editor would also have trimmed detail, which is too often tedious, even in some of the portraits of people who enliven the story.

Viall’s strategy is impressionistic and additive. It’s easy to imagine her “guides and advisers” urging her to include yet one more element rather than advising her to clear away the clutter — and an adviser in the history of wine and vineyards might have helped to achieve a more rigorously relevant structure and given context. As it is, there seems little coherence in decisions on what to include and what not. Why, in a social history anguished about alcoholism, is there a pleasant account of the development of the pinotage grape but nothing about the racially based prohibition and semi-prohibition during the first 60 or 70 years of the 20th century?

A recommendation of this worthy and useful book must come with warnings of its gaps and a probable need for the reader sometimes to skim and skip.