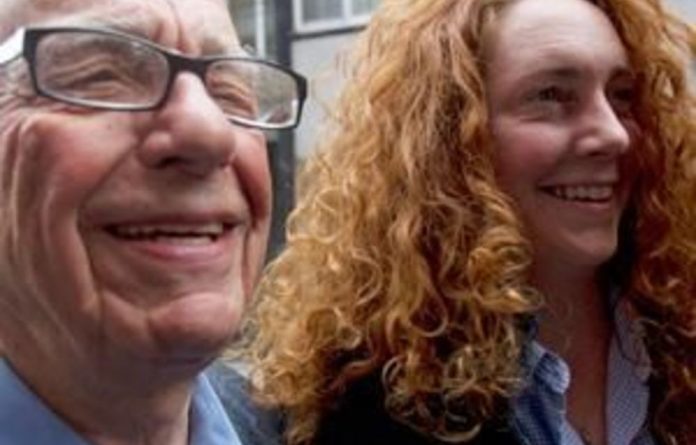 Rebekah Brooks, former editor of the News of the World and a favoured lieutenant of Rupert Murdoch, was arrested on Sunday as part of an investigation into allegations of phone hacking and bribing police, sources familiar with the situation said.

Brooks (43) has said she was unaware of allegations that the News of the World tabloid hacked thousands of phones including that of a murdered schoolgirl.

She resigned on Friday as chief executive of News International to try to deflect pressure from the media empire of Murdoch, whose News Corp has been rocked by the crisis.

Her lawyer Dave Wilson told Reuters that Brooks went to a London police station of her own volition by pre-arranged appointment. He said she was assisting police with their inquiries and declined to comment further.

A senior News International source said the company was surprised by the arrest and had had no indication it was coming.

The News of the World, which published its final edition a week ago, is alleged to have hacked thousands of phones, including that of murdered 13-year-old Milly Dowler, sparking a furore that forced Murdoch to close the paper and drop a $12-billion plan to buy all of highly profitable broadcaster BSkyB .

Brooks, Murdoch and his son James will be questioned in Britain’s Parliament on Tuesday, including over reports that News International misled parliament during earlier hearings.

Widespread anger
Brooks became the focus of widespread anger over the scandal but was initially protected by Murdoch, who guided her rise through the male-dominated world of UK tabloid journalism to become editor of the News of the World in 2000 and the Sun‘s first female editor in 2003.

Murdoch broke his silence by publishing apologies in several newspapers at the weekend, as British politicians demanded his grip over the country’s media be weakened.

He lost another loyal executive on Friday when Les Hinton resigned as chief executive of Murdoch’s Dow Jones & Co which publishes the Wall Street Journal.

“There are no excuses and should be no place to hide … We will continue to cooperate fully and actively with the Metropolitan Police Service,” News International said in an announcement on Sunday. Unlike apologies published on Saturday, these were not signed by Murdoch.

The Sunday Telegraph reported that members of the board of BSkyB, of which News Corp owns 39% and where James serves as chairperson, are due to meet in a special session on July 28 to discuss his future.

The scandal has also embroiled Britain’s police, who are accused of being too close to News Corp, of accepting cash from the now defunct News of the World and other newspapers, and of not doing enough to investigate the phone-hacking allegations that surfaced as far as back as 2005. – Reuters