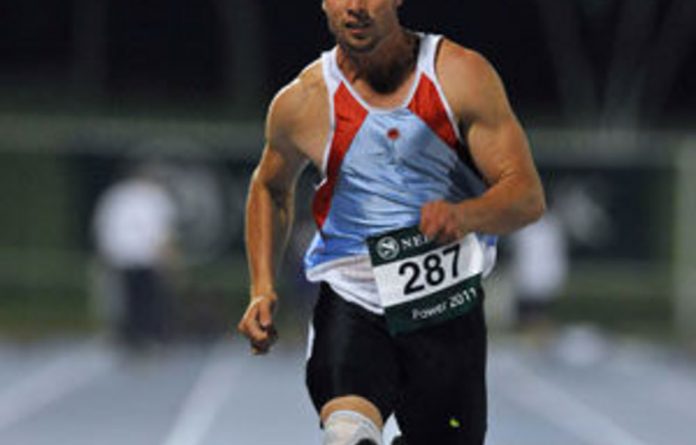 ‘Blade Runner’ Oscar Pistorius on Sunday failed in his latest attempt to register a qualifying time for the 400m at August’s world championships.

The 24-year-old was third in a time of 46.65 seconds, still outside the 45.25 that he needs to compete in the championships in Daegu, South Korea in August.

Jamaica’s Lansford Spence won the race in 46.34, with Martyn Rooney of the United Kingdom taking second spot in 46.36.

Pistorius, who has a best time in the 400m of 45.61 — now has one more chance — in Lignano on Tuesday, to break the qualifying barrier.

“Picked up a 3rd in a pretty strong field,” Pistorius wrote on Twitter. “Wind was insane and times were terrible but am content with my effort. Lignano in two days!”

The South African, who had both lower legs amputated when he was 11 months old, has captured four Paralympic gold medals but since 2008 has been cleared to run in able-bodied races using his artificial legs: springy, lightweight, J-shaped limbs called “Cheetahs”.