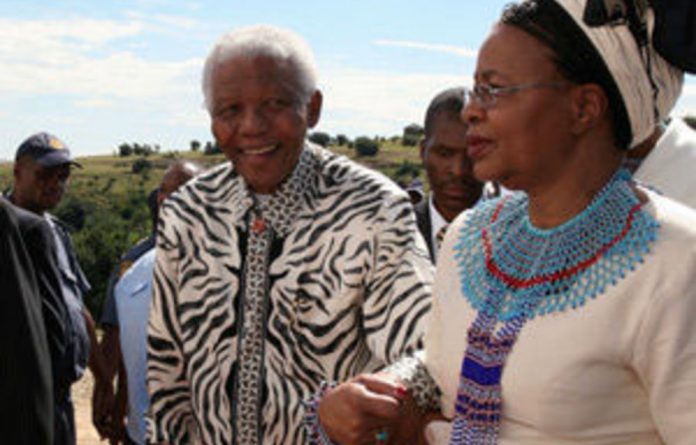 Despite retiring from politics, Mandela continued to have an incredibly active life; from launching his 46664 campaign to his tireless campaigning for the world’s poor; he remained an icon to all. Mandela officially retired from public life in June 2004 ,before his 86th birthday, telling his compatriots: “Don’t call me, I’ll call you.”

Millions of school children sang Happy Birthday at 8.05am, Twitter and Facebook users posted hearts and kisses, good wishes arrived from the Obama family, and his wife, Graça Machel, worked in a vegetable garden.

At the same time he enjoyed the day in the privacy of his home in Qunu in the Eastern Cape.

The day started with an estimated 12.4-million school children singing for him just after 8am, said Basic Education Minister Angie Motshekga.

Relive the historic moment of Nelson Mandela’s release, as he took his first steps as a free man in a new South Africa, following 27 years in prison.

“All provinces are reporting that the national flag was hoisted, the national anthem was sung and children stood side by side in their millions and sang Happy Birthday Tata with pride,” she said in a statement.

President Jacob Zuma — who was expected to visit him in Qunu on Monday afternoon — paid tribute to Mandela’s legacy, saying children were always close to his heart.

“We have achieved a lot, but we must still work further to eradicate poverty and improve especially the lives of children, because Madiba loves them so much.

“Most importantly, we must spread love, ubuntu, humility and selflessness around us,” said Zuma.

“From the moment Nelson Rolihlahla Mandela strode out of prison on the 11th of February 1990, we knew that South Africa would be a different place,” the president said in a statement.

“He showed us that despite the divisive racial oppression and hardships that this nation had gone through, it is not only possible, but necessary to embrace one another and to reconcile the South African people.”

“Michelle, and my daughters, Sasha and Malia, recently met Madiba during an official visit to South Africa that focused on service, youth leadership, education and healthy living. Their time with Madiba was the most moving part of their trip,” Obama said in a statement issued by the US diplomatic mission to South Africa.

With memorable photos and audio from Archbishop Desmond Tutu, Ahmed Kathrada and others, we relive Mandela’s extraordinary political journey.

“Mandela’s legacy exemplifies wisdom, strength and grace, and on the anniversary of his birth we salute the example of his life.”

Obama said the United States was honoured to join 192 United Nations member states in 2009 to declare July 18 Nelson Mandela International Day, in recognition of his contribution to peace and freedom.

On this day, people are encouraged to do 67 minutes of community work, in honour of Mandela, who devoted 67 years of his life to public service.

Machel was one of those who participated. She spent the morning working in a vegetable patch at the Qunu multi-purpose centre, then cut a big birthday cake and shared it with Qunu children.

“This will be a sign of appreciation and celebration of the role Comrade Nelson Mandela played in the struggle for political, social and economic emancipation… .”

Good wishes were posted on social networking sites from all over the world, with “#Madiba67” becoming a trending topic on Twitter.

Democratic Alliance leader Helen Zille said: “The most significant honour we can pay this great man on his birthday is to work towards his vision of a better life for all South Africans, to build on his dream, and to vigilantly and consistently protect the Constitution which he called a ‘sacred covenant’.”

Politicians also participated in the 67 minutes of community service, including KwaZulu-Natal premier Zweli Mkhize, who helped renovate a rural school in KwaCeza outside Ulundi.

Mandela was reported to be in good health on his birthday. He was hospitalised in January with a respiratory infection. – Sapa