The closed doors of academe 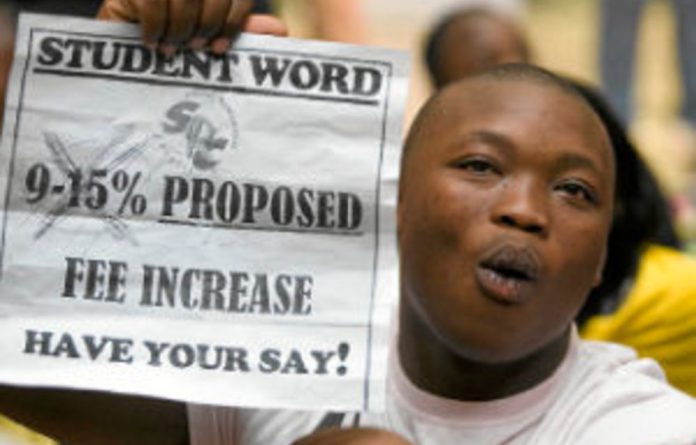 The doors of learning and culture may be open to all but millions leaving at the end of school have been short-changed and at university many struggle both ­financially and academically.

The matric paper qualification for university entrance does not show the candidate is prepared for university study. National benchmark tests developed by Nan Yeld and others at the University of Cape Town assessed three areas: academic literacy — the capacity to engage successfully with the demands of academic study in the medium of instruction; quantitative literacy — the ability to manage situations or solve problems of a quantitative nature in real contexts relevant to higher education; and mathematics — a student’s manifest ability related to mathematical concepts that are formally part of the matric mathematics curriculum.

In February 2009 the results of the first tests, which involved seven universities and 11 500 students, were published. These showed that approximately half would need the support of academic development programmes. In mathematics only 7.5% of 9 771 students were proficient, in academic literacy the figure was just under 50%, and in quantitative literacy 25%. The tests are now used very widely to supplement the matric results.

Once students have been admitted to universities, what success do they have? The only reliable way to measure this is to study cohorts and the first such study looked at the 2 000 entering class and followed them for five years. Averaged over all institutions, 56% had left without graduating, 30% had graduated within five years and 14% were still studying.

Universities need to examine the root causes of poor throughput of students. In some cases it relates to very large classes of students who receive only lectures and no seminars or tutorials: I have heard of one university where this is the case for 3 000 first-year students. It also involves the poor commitment to teaching by senior staff, with the most junior staff carrying the heaviest burden.

Beyond that, universities must pay particular attention to those who come from poor homes and from schools with poor records — and there is no shortage of either of these problems. Whatever criteria are used for admission the record of each student must be scrutinised to see whether he or she needs to take part in an academic development programme.

When such a programme was introduced at UCT in 1980 and pursued there with vigour, UCT was criticised by every university in South Africa: with a vociferous government, they said academic development had no place in a university and that such teaching should be confined to schools.

Now many South African universities have academic development — but we are still suffering from the 20 years in which advocacy for government funding for such programmes fell on deaf ears. At last in 2003 it was included in the funding framework for universities.

Academic development should be for all those who are underprepared and not only for those who have just met the minimums for admission. Underpreparedness involves conceptual development, ability in academic language and approach to study, as well as subject knowledge.

Standard tutorials and lectures are not good enough. Teaching approaches must change and there must be an awareness of the differing backgrounds of students. Diversity in the student body implies that one size does not fit all.

Serious consideration also needs to be given to allow the three-year degree to be a four-year one for most students and the funding framework would have to be adjusted to allow for this.

Some argue that an additional year or two would add to the financial burden of the student and the state. But so many students fail, drop out or take four, five or six years for a three-year degree that a four-year programme incorporating academic development would hardly be an additional financial burden. The cost of failure in the system is really what is not affordable.

The articulation gap between school and higher education ensures that the revolving-door tertiary syndrome (in for one year only) will remain very prominent if nothing is done. Students should be allowed to follow differing rates of progress that are set by themselves within the academic rules of the institution — some qualifying in three years and some in four or five. This does not imply a drop in “standards” — it is the quality at exit that counts.

Apart from poor preparation, many students have great difficulty in meeting their fees and living expenses. The National Financial Student Aid Scheme (NFSAS) allocates funds for needy students but it does not go anywhere near to meeting the need.

In 1997 a group of us that included actuaries and economists gave the government a detailed plan for a student loan fund. We estimated R500-million would be needed to start the fund – but the forerunner of NSFAS was then launched with R250-million. So it was 50% underfunded from the outset and has remained short of what is needed ever since.

Since 1994 the government has made serious attempts to improve education at all levels — by providing larger budgets, upgrading programmes for teachers, funding at least some academic development, creating research chairs in universities, developing the further education and training colleges and restructuring the Setas. It is not all doom and gloom.

But we have not met the moral imperative of ensuring a sound education system. Our failure to ensure that the millions of South Africans who want a good education get it is the ultimate betrayal of the youth of this country.

Dr Stuart Saunders was vice-chancellor of the University of Cape Town from 1981 to 1996. This is the final article in a three-part series based on his recent address to the UCT Leadership Alumni Forum. Parts one and two can now be found online at http://mg.co.za/saunders