Crowds roll up for Murdoch circus 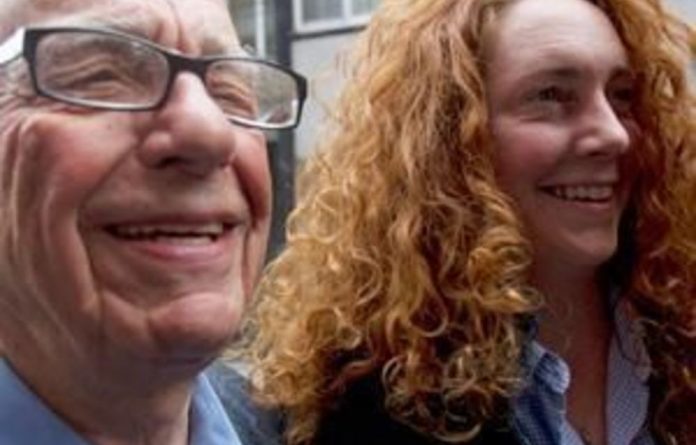 Queues formed hours early outside the London parliamentary building where media tycoon Rupert Murdoch is set to be grilled by lawmakers, with some people getting there hours in advance to witness the moment.

About 40 members of the public were queueing up outside Portcullis House, a modern office block across the road from the Houses of Parliament, where Murdoch was due to face questions from the Culture, Media and Sport committee, a scrutiny panel made up of MPs from Parliament’s lower House of Commons.

Murdoch, the Australian-born chairperson and chief executive of his News Corporation global media empire, was due to appear in the Wilson Room at 2.30pm (1.30pm GMT) on Tuesday.

He will appear alongside his son James, the chairperson of News International, the corporation’s British newspaper publishing arm which closed the News of the World tabloid in the wake of the phone hacking scandal.

Max Beckham (21) a student from London, was at the front of the public queue for the committee hearings after being the first to arrive at 630am (0530 GMT).

“I’m looking forward to seeing Rupert Murdoch — he’s the one at the top so to have him under the spotlight is important,” he told Agence France-Presse.

“I don’t think a lot is going to come out of it though — he’s a professional, he knows what he’s doing. But I want to be here for the atmosphere and because it’s a historic occasion.”

Two overspill rooms with a video link to the evidence session were set up for those who could not fit in the Wilson Room.

The Murdochs were to be followed by Rebekah Brooks, who quit on Friday as News International’s chief executive.

Shadow over police and press
She was arrested Sunday on suspicion of phone hacking and corruption and bailed to return to a London police station in October.

Tom Miller (22) a law student from London who was also in the queue, said: “I think it’s the first time such a shadow has been cast over police and the press simultaneously.

“I find it reassuring that powerful figures such as the Murdochs and Rebekah Brooks can be held to account for their actions.

“There is a lot of momentum behind this now and the truth will come out, maybe not now but in a few months’ time.”

He said the arrest of Brooks was “inevitably going to have an impact on what she can say” before the committee.

“She could even pull the card of saying nothing, though if she did that there would be uproar,” he said.

Norman Fowler, a former Conservative minister under Margaret Thatcher in the 1980s and now a member of the House of Lords, the upper house of Parliament, said he expected a “good performance” from Murdoch.

Fowler was part of a Lord committee that travelled to New York in 2007 to interview Murdoch.

But he said the committee hearing on Tuesday was “only a step and the most important step is the public inquiry to follow”.

‘Rogue reporter’
News International had long maintained that the practice of intercepting cellphone voicemails to get stories was the work of a sole “rogue reporter” on the News of the World newspaper.

The floodgates opened two weeks ago when a lawyer for the family of a murdered teenage schoolgirl claimed the paper had hacked her phone when she was missing, deleting messages and raising false hopes she could be still alive.

British Prime Minister David Cameron has faced questions over his judgment in appointing former News of the World editor Andy Coulson as his communications chief, while London police chief Paul Stephenson and anti-terrorism head John Yates stepped down within 24 hours of each other over their links to a former deputy editor of the newspaper. – AFP, Reuters