Cameron follows Murdoch into eye of the storm 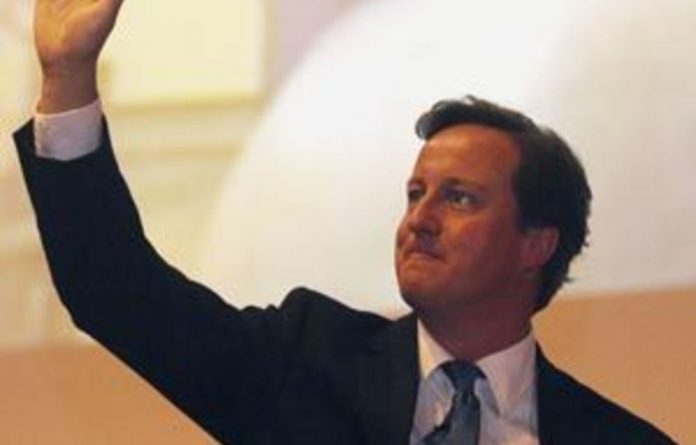 British Prime Minister David Cameron will be grilled by Parliament on Wednesday about his decision to employ a former tabloid newspaper editor caught up in a phone-hacking scandal that has rocked Britain’s establishment.

The scandal, centred on Rupert Murdoch’s News Corp global media empire, has forced the resignations of senior executives at the company and two of Britain’s top policemen as well as fuelling opposition attacks on Cameron’s judgment.

The 80-year-old Murdoch was attacked by a protester with a foam pie when he appeared before a parliamentary committee on Tuesday and made a “humble” apology for the scandal but refused to resign. He said staff who “betrayed” him were at fault.

Analysts said Murdoch’s televised apology had now put the spotlight on how Cameron emerges from scrutiny in the emergency parliamentary debate over the scandal, which has included allegations of hacking into a murdered schoolgirl’s voicemail and the phones of British troops killed in combat.

A new opinion poll by Reuters/Ipsos MORI showed Britons’ satisfaction with Cameron had fallen to its lowest level since he entered office in May last year. Only 38% were happy with the way he was doing his job.

A few hours before Cameron was due to face legislators at 10.30am GMT, another cross-party parliamentary committee published a report criticising both News International, the British arm of News Corp, and the police over the phone-hacking investigation.

“There has been a catalogue of failures by the Metropolitan Police, and deliberate attempts by News International to thwart the various investigations,” said Keith Vaz, the chairperson of the Home Affairs committee.

The scandal is unlikely to bring down Cameron, in office for less than 15 months, but could make it harder for him to manage a Conservative-led coalition that is focused on quick deficit reduction through austerity measures, which have labour unions threatening mass strikes.

Cameron cut short a trip to Africa for the debate, with the opposition Labour Party determined to put him on the rack over why he employed Andy Coulson, a former editor of Murdoch’s News of the World tabloid who resigned from the paper over the hacking allegations. Murdoch shut down the weekly over the scandal.

“The Murdochs can say they apologised unreservedly, they faced the music, [and] they endured a personal physical attack,” said Andrew Hawkins of polling company Comres.

“It puts the attention firmly back on the political ramifications and, in particular, David Cameron and his judgment over the whole Andy Coulson issue,” said Hawkins.

Labour leader Ed Miliband has already put pressure on Cameron over Coulson, who resigned from the News of the World but denied any wrongdoing after two people employed by the newspaper were jailed for phone-hacking in 2007.

Then opposition leader Cameron appointed Coulson as his communications chief that year and kept him on when he became prime minister in May 2010. He has said he gave Coulson the job because there was no evidence of his involvement in hacking.

Coulson quit his government role in January days before police launched a new investigation, and Miliband turned up the heat on Cameron when the former editor was arrested for questioning earlier this month and then freed on bail.

Speaking in Nigeria before flying home, Cameron signalled a desire to push the agenda away from a scandal that has dominated every debate for two weeks.

“The British public want something else too,” Cameron said.

“They don’t want us to lose our focus on an economy that provides good jobs, on an immigration system that works for Britain, a welfare system that is fair for our people.”

‘Humble’ Murdoch
Calling it “the most humble day of my life”, Murdoch defended his record and that of his son and top News Corp executive James, and said he could not know everything all his 53 000 employees did.

James (38) sat beside him before Parliament’s media committee, interjecting on occasion as his father hesitated to give answers on what he knew about hacking and payments made to some of those involved.

But as three hours of at times testy proceedings drew to a close, a man rose from the public seating of the packed committee room and lunged at the elder Murdoch with a paper plate of white foam.

The Australian-born mogul’s 42-year-old wife Wendi Deng leapt up to slap the protester in a melee before he was seized by police. He was identified as a left-wing comedian.

After a short recess, Murdoch was told by one legislator he had shown “immense guts”. Another legislator, long one of Murdoch’s most bitter critics, jokingly complimented his wife on her “very good left hook”.

That televised cameo, and the Murdochs’ personal remorse and will to clean up the mess at News Corp’s British newspaper unit News International, may ease public fury aimed at a man who has been courted and feared by British leaders for decades.

Wednesday’s newspaper front pages were dominated by pictures of the scuffle and some used “humble pie” in headlines.

Commentators were divided between those who felt both Murdochs acquitted themselves well and others who felt the elder looked out of touch, even “a broken man”.

Shares in News Corp rose over 5.5% in New York, recovering some of their previous losses.

Australian Prime Minister Julia Gillard said on Wednesday the local arm of News Corp would have to answer “hard questions” after the phone-hacking in Britain.

Emotional apology
Murdoch shut down the 168-year-old News of the World and, faced with political outrage, dropped a $12-billion bid to buy out other shareholders in British pay-TV network BSkyB .

Having published apologies in newspapers and met the parents of murdered schoolgirl Milly Dowler, Murdoch took pains to read out a further emotional statement of regret after the hearing.

Murdoch said he had been “very” misled by his staff.

“I would like all the victims of phone-hacking to know how completely and deeply sorry I am,” he said.

Police say they are probing the hacking of messages of possibly 4 000 people.

Asked if he felt he should resign, Murdoch said: “No. I feel that people I trusted, I’m not saying who, I don’t know on what level, have let me down and I think they behaved disgracefully, betrayed the company and me and it’s for them to pay.”

His son said they did not believe the two most senior executives to have resigned, Rebekah Brooks and Les Hinton, knew of any wrongdoing. Brooks (43) who once edited the News of the World, was arrested and bailed by police on Sunday.

Brooks told a later session of the same hearing she wanted to apologise for the scandal and denied knowing the private investigators at the heart of the allegations.

Two of Britain’s most senior policemen quit this week over the appointment of a former News of the World deputy editor as a consultant, the failure to widen inquiries into phone-hacking after the initial case ended in 2007, and allegations that officers had accepted payments. – Reuters