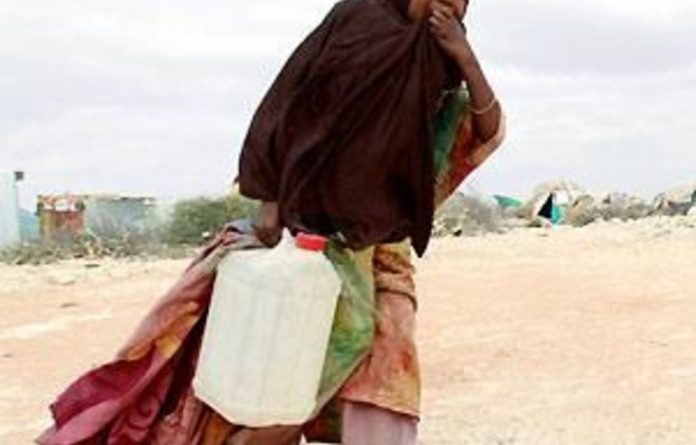 Relief groups and donors said on Thursday they are prepared to relieve famine in parts of Somalia held by al-Qaeda-inspired Shebab rebels, provided they can be sure aid will reach those most in need.

Tens of thousands have already died in Somalia in recent months, according to the United Nations’s Food and Agricultural Organisation (FAO).

The Shebab appealed for help earlier this month, saying it would lift a two-year-old ban on foreign aid groups so they could help Somalis suffering from a severe drought.

But the Shebab on Thursday abducted the country’s newly appointed women’s minister, highlighting the challenges for foreign relief groups planning to resume operations in rebel areas.

“We are determined to test that pledge,” said Raj Shah, the USAid administrator. “We would like to see that access expand dramatically and rapidly.”

But he added that donors wanted to provide support to “those populations in critical need and not to terrorist organisations”.

Washington has listed the Shebab as a terror group.

“We are trying to make sure our humanitarian commitments reach those most vulnerable people,” said Shah.

Asha Osman Aqiil, named women and family affairs minister on Wednesday, was taken by Shebab fighters in Balad, some 30 kilometres north of the capital Mogadishu, officials and witnesses said.

The abduction comes a day after UN officials declared that two regions in the south of the war-torn country were suffering from famine.

Hundreds were dying every day across the Horn of Africa region, the FAO said.

The Shebab welcomed the UN’s declaration, which concerned the southern Bakool and Lower Shabelle regions — both under their control — and said they would allow relief aid.

Last week, the UN children’s agency made the first airlift of relief aid to the Shebab-held town of Baidoa and said the operation had gone smoothly.

“We negotiated with local authorities to ensure a safe landing and the safety of our staff,” said Unicef spokesperson Shantha Bloemen.

“We are aiming to reach at least 70 000 children in the next six months, but it’s a huge logistical challenge,” she said.

The agency had worked with a network of local organisation to distribute supplies and independent monitors to ensure the aid reaches those in need, she added.

The World Food Programme said it was discussing with other UN offices on how to deliver aid to southern and central Somalia under Shebab rule.

“There are discussions about possibly airlifting in some areas,” WFP spokesperson in Rome Greg Barrow said. But he said that this was among a number of options they were looking at.

The WFP pulled out of the region in early 2010 due to threats and the draconian rules imposed by the insurgents.

Barrow made it clear they were aware of the problems getting aid to the drought-hit population.

“We would never hand any relief assistance over to any military entity in Somalia or anywhere else,” he said. “We look for a cooperating partner on the ground in these situations.

“We have to work through partners in a situation where we understand there will be rigorous monitoring to ensure the assistance reaches those who need it,” he added.

Nearly half of Somalia’s estimated 10-million people face a food crisis and malnutrition rates there are the highest in the world.

Somalia has suffered a relentless civil war since 1991 and the plight of its people is often referred to as the world’s worst humanitarian crisis.

British aid group Oxfam has said that of the one billion dollars needed to assist the Horn of Africa drought victims there is a shortfall of $800-million.

On Wednesday, UN Secretary General Ban Ki-moon urged donor countries to come up with $1.6-billion in aid to combat a crisis he said would have an increasingly devastating effect on Somalia and its neighbours.

The US responded by boosting its spending by $28-million on top of the more than $430-million sent to the region this year.