Did Andy Coulson know about bribes? 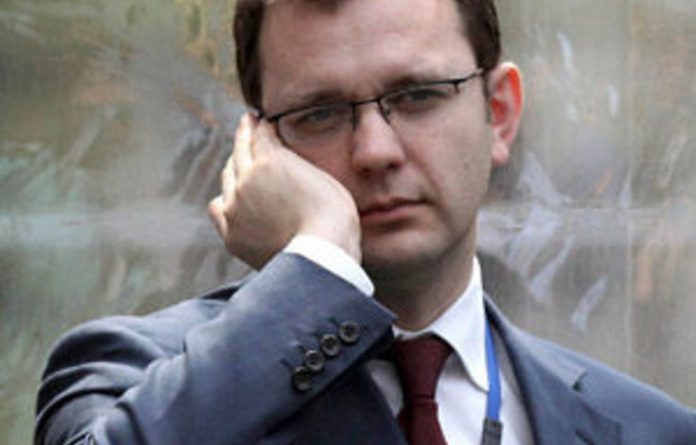 The cash records tally with payments suggested in an email discussion between Coulson and the newspaper’s disgraced royal correspondent, Clive Goodman.

Cash and email records were part of a dossier compiled by a London law firm which News International, parent company of Rupert Murdoch’s London newspaper holdings, hired four years ago to look into allegations of phone hacking by News of the World journalists. The inquiry was launched after Goodman and a private detective, Glenn Mulcaire, were arrested and convicted for hacking into the voicemails of aides to members of Britain’s royal family. The two were jailed for six months for conspiracy to access phone messages.

After conducting its review, the law firm, Harbottle & Lewis, told the company it had found no evidence of hacking by other News of the World journalists. But James Murdoch, who until earlier this year headed News International, told Parliament earlier this week that top company officials did not examine all the documentation until after civil lawsuits from alleged hacking victims began to gather steam late last year.

News International said late on Wednesday it had released Harbottle & Lewis from its obligations of client confidentiality so the law firm could answer questions from the police and Parliament about what it had been asked to do. Harbottle & Lewis did not respond to requests for comment.

Smoking gun
The existence of the “smoking gun” emails has already been reported in the UK media. According to Reuters’ source, who has been briefed on internal News International discussions, the message traffic shows Coulson and Goodman corresponded about paying a police contact for restricted information, including phone numbers, of members of the British royal family.

Coulson, who was subsequently employed as a spokesperson by Prime Minister David Cameron, has consistently denied knowledge of illegal practices at the newspaper. He could not be reached for comment on the story. A lawyer for Goodman could also not be immediately reached for comment.

Cameron told Parliament on Wednesday that if it emerged Coulson had lied to him about not knowing of illegal practices at the paper, he would offer a “profound apology”.

The email traffic indicates Coulson and Goodman agreed that an unnamed police contact should receive a “four figure sum” for leaking a confidential file known as the “green book”, the source told Reuters. The book allegedly contains information about the movements, locations and phone numbers of members of the royal family.

Earlier this month, the BBC reported that News International had uncovered emails which included a message from Goodman to Coulson requesting cash “to buy a confidential directory for the royal family’s landline telephone numbers, and all the phone numbers, including mobiles, of the household staff”.

The BBC said the emails implied the “green book” containing this information had been stolen by a police officer assigned to protect the British royal family, and that he wanted £1 000 for it.

Additional evidence collected by Harbottle & Lewis following Goodman and Mulcaire’s arrests corroborates the content of the email, the source briefed on the matter told Reuters. This evidence consists of financial records showing the precise four-figure amount mentioned in the email traffic was paid out in cash on or about the same day of the alleged email exchange.

The payout record shows the cash went to a recipient who used a pseudonym, the source said. Additional records collected during News International’s internal inquiry showed a total of around £120 000 in similar payments were made to recipients identified by pseudonyms, according to the source.

A spokesperson for News International said by email: “We are unable to answer your specific questions and the points you raise because it is part of a police investigation, and therefore we cannot comment.”

In other emails to Reuters, spokespeople for News International claimed that the account provided to Reuters contained “factual errors”, but said they could not specify these.

Murdoch newspaper the Sunday Times reported last Sunday on “new revelations” about alleged illegal activity at the News of the World, which included claims that a “senior executive” for the tabloid had “approved payment of money to at least two royal protection officers for the phone numbers of members of the royal family and their friends”. – Reuters