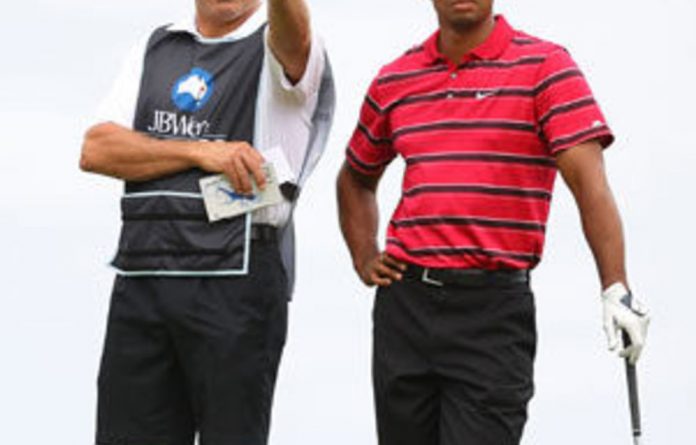 Tiger Woods fired caddie Steve Williams on Wednesday, ending a 12-year relationship during which he won 72 times worldwide and 13 majors.

“I want to express my deepest gratitude to Stevie for all his help, but I think it’s time for a change,” Woods said on his website. “Stevie is an outstanding caddie and friend and has been instrumental in many of my accomplishments. I wish him great success in the future.”

Woods did not say who would replace Williams or when he would return to golf.

Williams, who previously worked for Raymond Floyd and Greg Norman, had worked the last three tournaments with Adam Scott. That included the last two majors, which Woods skipped while trying to recover from injuries to his left leg.

When asked over the weekend at the British Open if he was still working for Woods, Williams grinned and said, “Why would you ask a question like that?” He never answered the question but gave no indication that he would not caddie for Woods when he did return.

Bad timing
In fact, Williams said he had known for two weeks they would no longer be working together, since meeting with Woods in a board room at Aronimink after the final round of the AT&T National. Williams said he chose to keep quiet out of respect to Scott, not wanting the Australian to face queries from the British media at Royal St George’s.

“Given the circumstances of the past 18 months working through Tiger’s scandal, a new coach and with it a major swing change and Tiger battling through injuries, I am very disappointed to end our very successful partnership at this time,” he said.

In a telephone interview, Williams said he was not upset by being fired and said he was proud to have been fired only twice in his 33 years as a caddie — by Woods and Norman.

“But I’m disappointed in the timing of it,” he said. “To be as loyal as someone can be, and with what one had to go through over the last 18 months.”

Williams said he would continue working for Scott.

The break-up
More than a caddie, Woods and Williams had been close friends. Both got engaged while on safari after the Presidents Cup in South Africa, and they were at each other’s weddings. Woods played the New Zealand Open in 2002 and even took part in Williams’ other job as a race car driver.

The relationship began showing signs of strain after Woods crashed his car on Thanksgiving night, followed by stunning revelations of multiple extramarital affairs that led to Woods getting divorced. Woods’s ex-wife and Williams’s wife were close friends, and Williams went months before hearing anything from Woods.

In recent months, Williams was feeling out of touch during Woods’s rehabilitation. He was not aware that Woods did not plan to compete in the US Open until after flying to the United States from New Zealand, where Williams lives most of the year.

Williams has been labelled a bully over the years while working for Woods amid a constant circus, once tossing a camera into the pond at a Skins Game when the photographer snapped a picture in the middle of Woods’s swing on the last hole, and at another time took the camera from a fan at the 2004 US Open that belonged to an off-duty policeman.

He also brought Woods’s undue attention toward the end of 2008 by making disparaging remarks about Phil Mickelson during a charity dinner in New Zealand, then repeating them when a reporter called for comment the following day. Woods intervened and told Williams to apologise.

The only caddies Woods has used in his 14-year career on the PGA Tour are Mike Fluff Cowan and Williams. Woods’s childhood friend Bryon Bell caddied for him when he won the Buick Invitational in 1999 and 2000, and Billy Foster caddied for Woods at the Presidents Cup in 2005 when Williams was home for the birth of his son. Foster now works for Lee Westwood. — Sapa-AP