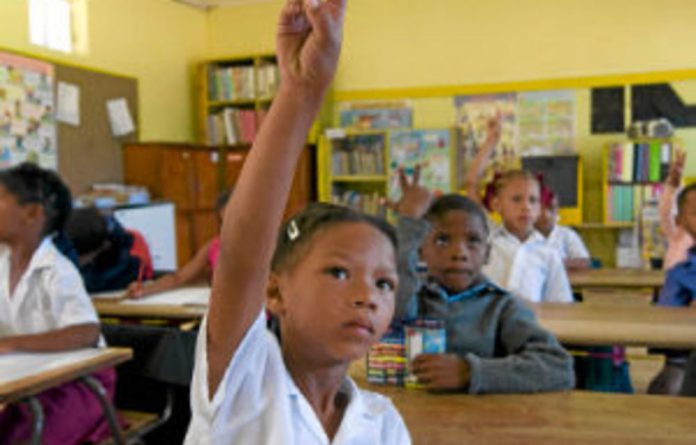 Access to quality education is indisputably one of the most significant challenges of the 21st century, particularly in a developing country context.

South Africa is often presented as a success story in terms of universal access to education: compared with other developing countries, we have fewer numbers of out-of-school children. The Community Survey of 2007 suggests that there are about 380 000 children in the seven to 15 age group who are out of school and many of these children represent the most marginalised in our society — the disabled, those with severe learning difficulties, those living in fragile household structures and others who are often unable to access social grants.

But there is much more to education than just physical access. Research by the Consortium for Research on Education Access, Equity and Transitions (Create), consisting of parallel studies undertaken in Bangladesh, Ghana, India, South Africa and the United Kingdom, is premised on the argument that, for access to be meaningful, it must include regular attendance, timeous progression and transition through and between grades and the meaningful acquisition of literacy and numeracy skills. It follows that particular attention must be given to those who are “silently” excluded — learners who are present in classrooms but learning very little.

Empirical research by the Create South Africa team in the past five years involved tracking and analysing more than 1 000 Gauteng and Eastern Cape learners, with their teachers and parents, to identify children who are being either directly or silently excluded from basic education. The research confirms what is already known and provides new insights into the causes of educational exclusion.

It suggests that access to education in South Africa remains incomplete in terms of attendance, limited in age-grade norms, poor in quality and inefficient in learning outcomes. While significant strides have been made in universalising access and redistributing and reallocating resources (5.4% of the country’s gross domestic product is spent on education and 60% of schools are no-fee schools), tackling the deep-seated endemic inequities in education continues to be a major challenge.

South Africa’s high gross enrolment rates illustrate that large numbers of learners enter school and progress through to the end of basic education (grade nine). But their progress is slow and drops off dramatically after this point. Late entry is not uncommon, significant numbers of learners are overage and a few are underage. Repetition persists, although the age-grade norm progression policy, which permits a learner to repeat only one grade in each phase of schooling, has reduced its incidence.

The research found that patterns of participation and progression are important predictors of education outcomes: the longer children are in school, repeating grades and falling behind their age-appropriate group, the more likely it is that they will underperform. The purpose of repetition should be remedial, to improve learning, not to render a child’s future prospects even bleaker; yet the age-grade progression policy appears to be pushing learners through up to grade nine, and then they fail and drop out in large numbers.

New insights also emerged from a Create survey of classroom practice. A numeracy test administered to more than 1 000 grade four and six learners found that they performed way below their expected levels, that prior learning was poor and that they had difficulty with numeracy outcomes requiring deeper analytical skills. The absence of written work in classrooms was striking, rote learning and the chorusing of responses was common and curriculum coverage and curriculum pacing were uneven. Form and routine were often present in schools — but the substance and content of teaching and learning were lacking.

Yet equally evident was a tremendous eagerness to learn, despite the disturbing persistence of corporal punishment. More research is needed into which opportunities to learn are being made available and how these influence learner performance.

Parents’ voices, particularly those of poorer parents, are not sufficiently heard at school level. Parents value schoolgoing very highly and withdrawing their children from school is seldom contemplated. But they also adopt the attitude that one must make the best of what one has and that keeping one’s child in school is better than no school at all.

Is this a resigned acceptance of the limited choice of schooling that poverty permits or an unwillingness or incapacity to contest the power of school authorities (by, for example, demanding better-quality teaching)? The fact that poverty is closely associated with increased vulnerability to educational exclusion also highlights the indirect costs of education arising from uniforms, stationery and transport, as well as the cognitive deficits that arise from poor nutrition. With unemployment around 25% and youth unemployment higher, there seem to be few economic rewards for remaining in school after grade nine unless higher education is envisaged.

The Create research shows that physical access to schools is high but the educational experience is compromised. It also suggests that differentiated solutions may be required for different groups of learners. Clearly, increased access and large-scale enrolment has come at a cost, not least of quality. The scaffolding is there and many of the building blocks are in place. Dedicated political will is required to lead us to the next phase.

Overcoming the “silent exclusion” of hundreds of thousands of children who dutifully arrive at school every morning yet return home having learned very little is imperative, and schools and teachers must be held more accountable for what they do in their classrooms. Various road maps have argued for a social compact among all stakeholders to promote inclusion in education; we need, in addition to our focus on outcomes, a much more rigorous approach to the starting points and here meaningful access is key.

Improved access to education should follow or at least accompany, not precede, good-quality education. The infrastructure should be in place, classrooms ready, teachers prepared and textbooks delivered, so that when the school bell rings and children flood in, the job of education can begin.

Trying to fix quality when children are already seated and have their pencils poised is like renovating a house with the occupants still living there. In South Africa the architectural plans, in the form of a Constitution that guarantees education and a curriculum that has been carefully designed, are in place, but the building is still being constructed. And with the dust and debris yet to settle in most of our 27 000 schools, it is leaving an indelible mark on 12-million children trying to learn amid the noise and the haze.

Shireen Motala is the project leader for Create research in South Africa. She is the director of the Postgraduate Centre: Research and Innovation and associate professor in the faculty of education at the University of Johannesburg

Themba Daniel Shikwambana, who works at a printing company, was granted bail and is due to return to court in January
Read more
Environment