Eurobond is the only salvation 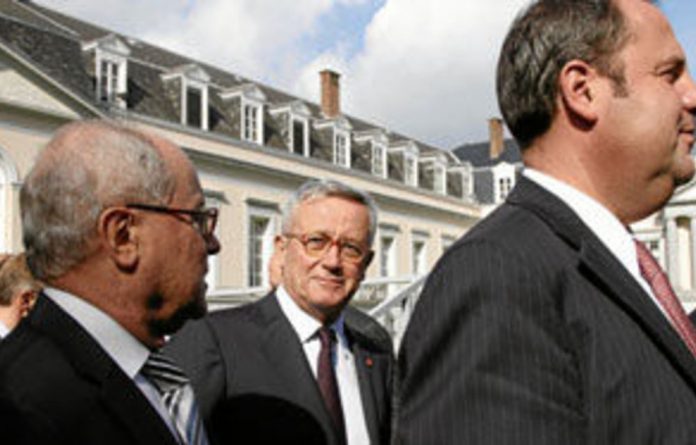 Greece totters on the verge of default, Portuguese and Irish bonds have already been downgraded to “junk” status and the spread between French and ­German bonds is widening ominously. To paraphrase American economist Thomas Palley, the euro’s neoliberal architecture has traded currency stability for financial instability. Bond traders have become the masters of Europe.

The sovereign debt crisis has been brewing for some time, fuelled in part by the sheer incompetence of the eurozone’s political class. Centre-right coalitions in Germany and the Netherlands have rejected the notion of a “union” bond, insisting — quite misleadingly — that the crisis is the result of southern European fiscal irresponsibility.

All this has been accompanied by populist rhetoric about minimising the cost to taxpayers, as summarised in the phrase “Europe is not a transfer union”. In truth, the real transfer of funds is from ordinary Greeks, Irish and other “peripheral” citizens to French and German banks.

How should the problem be dealt with? The obvious answer is some form of eurozone bond, which would largely replace the national eurobonds issued by the individual countries. Several variants of the scheme exist. The notion of a “union” or eurozone bond originated with British economist Stuart Holland, whose proposal was endorsed in the Delors white paper of 1993.

The eurozone bond idea was revisited last year, inter alia in the Bruegel Institute “blue bond” proposal, backed by Tremonti and Luxembourg Prime Minister Jean-Claude Juncker. Recently, a comprehensive new proposal by Palley on bonds and European Investment Bank reform has appeared and, most recently, a letter by former Italian prime minister Giuliano Amato, European Parliament member Guy Verhofstadt and others has been circulated on the eurozone bond.

All these schemes are essentially voluntary; in other words, no eurozone country is required to participate if it does not wish to do so, and any country can continue to emit national eurobonds. The basic notion is that of a new bond that would be traded on the international market and used to mop up excess world savings, particularly in countries such as Brazil, Russia, India and China that want to diversify their reserves.

The largest and strongest country, Germany, would merely be lending its creditworthiness to others to keep down borrowing costs. And although many eurozone member states remain highly indebted, Europe per se is not.

The Breugel proposal would allow eurozone members to convert sovereign debt worth up to 60% of their own GDP (the Maastricht limit) into European “blue” bonds. Any debt in excess of this amount would be considered “red debt”; the sole responsibility of the issuing country.

The authors of the proposal argue that a joint-and-several guarantee by eurozone members would ensure that the union bonds would trade at rates very close to similarly dated United States treasury bonds, particularly as they would enhance the status of the euro as a reserve currency.

In particular, the proposal is compatible with the “no-bailout clause” of the European Union (EU) treaty. The recent plan outlined by Amato and Verhofstadt is both similar to and different from the above, the critical differences being that:

The third major proposal is that advanced by Palley, who argues that, unlike the US Federal Reserve and the Bank of England, the European Central Bank is “not a government banker” because the Maastricht Treaty prohibits its involvement with financing the eurozone. He proposes that a European Public Finance Authority be created within the bank to emit “EPFA” bonds bought and traded by the bank itself.

Palley says that if the arrangement is adopted, the Maastricht 3% gross deficit rule and the 60% indebtedness ratio would become redundant.

First, EPFA finance would be available only if a population-weighted majority of eurozone finance ministers agreed. Second, a new “European International Monetary Fund” bailout fund (funded from EPFA proceeds) would impose conditionality. Finally, since sovereign member-state bonds would continue to exist, the market would discipline both these and the EPFA bonds.

Moreover, Palley argues, his proposal differs from the emergency adoption of “blue” and “union” bonds in that EPFA bonds become and remain the central instrument of eurozone public finance.

But would any of these schemes trigger a “default” rating for current bonds? And what happens in the longer term?

The eurozone must eventually move towards fiscal, if not political, federalism and the crucial issue of trade imbalances remains to be resolved. In the immediate future, though, it is clear that some such scheme will need to be adopted.

The cost of continued inaction — namely the ­collapse of the euro and the recession it would bring — is infinitely greater. —